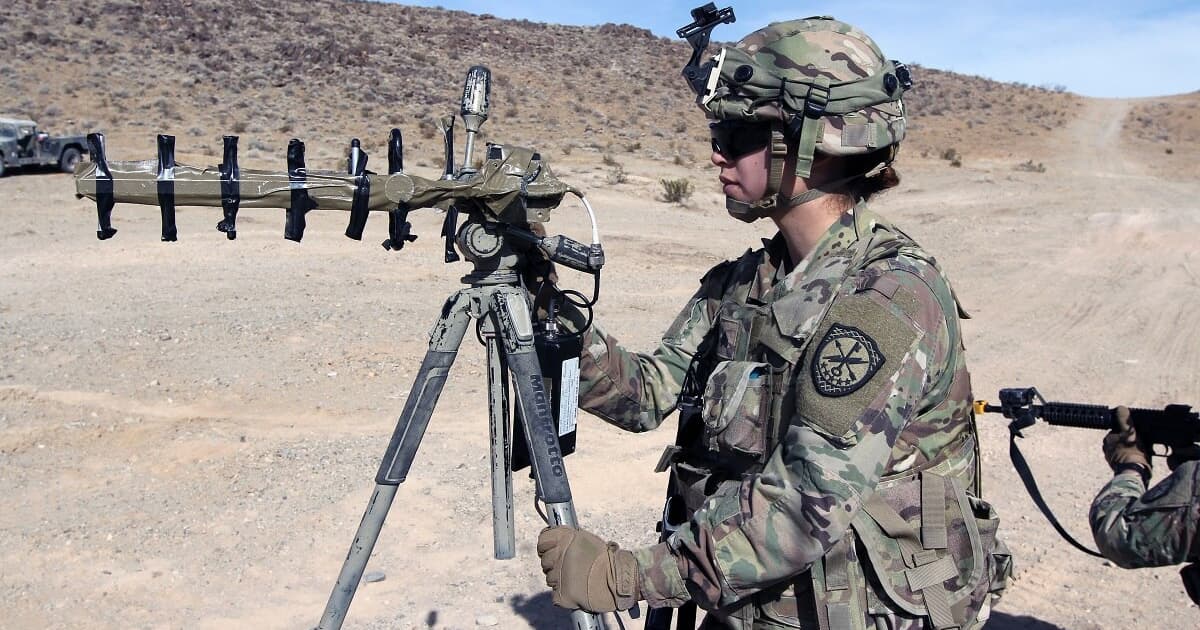 The Army Is Developing a Way to Spoof Soldiers' Electromagnetic Signatures

It's a new cat-and-mouse game over technological tracking.

It's a new cat-and-mouse game over technological tracking.

The U.S. Army is developing new tech that can trick adversaries that track electric signals given off by soldiers' gear.

Electromagnetic spectrum tracking is already a viable way of monitoring combatants' movements or operations by picking up the signals given off by communication devices from afar, C4ISRNET reports. So now, to get around that, the Army wants a tool to either confuse these tracking systems or even spoof signals to make it seem like there are fake soldiers — a high tech cat-and-mouse game playing out through advancements in military technology.

The Army has named the tool the Modular Electromagnetic Spectrum Deception Suite (MEDS), Steven Rehn, director of the Army's cyber capability development and integration directorate said at a virtual conference attended by C4ISRNET.

It's being developed with two specific goals in mind, Rehn said. The first is to block electromagnetic surveillance by blasting noise that masks soldiers' signals. The second is to imitate the signals given off by a soldier so that any adversaries need to waste resources confirming which ones are actually real.

Right now, MEDS technology is barely a concept. But it could be ready within a few years, Rehn said.

Until then, deception within the electromagnetic spectrum remains a main priority for the military, as C4ISRNET reports that the Army has already had to adapt how it distributes troops and command posts to limit how much it can be tracked.

More on military tracking: The Pentagon Tells Soldiers To Stop Sharing Their Locations With Apps