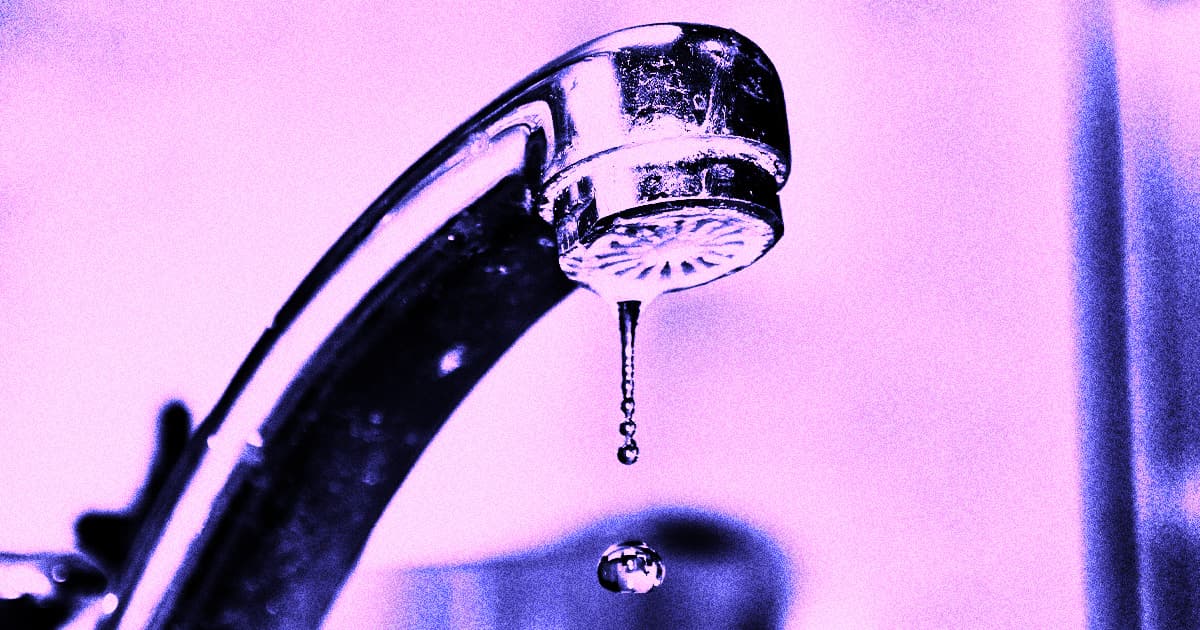 Unchecked development and unmitigated climate change are coming to a head in Southern Arizona, where an entire neighborhood has reportedly been cut off from the city of Scottsdale's water supply — a direct result of the American Southwest's years-long drought, and the related crisis of the drying, overused Colorado River.

With their taps cut off, residents of the affected neighborhood, the Palo Verde Foothills, have seen water bills rise from roughly $220 to almost $700 a month, in some cases even topping $1,000, to account for scarcity and the longer distances that water delivery trucks are now being forced to drive, according to The New York Times. To conserve water, the roughly 1,000 or so people who live in the neighborhood are turning to limited showers and toilet flushes, using paper plates to avoid doing dishes, driving long distances to do laundry, and more.

"We're really hoping we don't go dry by summer," Joe McCue, a Palo Verde Foothills inhabitant who's installing a rainwater collection system, told the NYT. "Then we'll be in a really bad spot."

While the situation in the Palo Verde Foothills, which has rendered residents without necessities like reliable fire protection, is certainly dire, it's more complicated than meets the eye. Much of the area's development is actually fairly new — and arguably shouldn't exist.

Developers, per the NYT, have spent the last few years taking advantage of cheap land prices, exploiting glaring loopholes in Arizona groundwater laws that require them to show proof that new builds have access to a 100-year water supply. And while the neighborhood was using Scottsdale's water, the Palo Verde Foothills have never technically been considered part of the city. Both communities are within Maricopa County boundaries, and Maricopa County is directly responsible for those who live in the now-waterless neighborhood.

"Scottsdale has warned and advised that it is not responsible for Rio Verde for many years," reads a statement on Scottsdale's government site, "especially given the requirements of the City’s mandated drought plan."

But regardless of who's at fault, the fact remains: an entire desert community has had their taps cut off. Jury's still out on how many other Southwestern towns might follow.

"We can't just protect every single person who buys a parcel and builds a home," Sarah Porter, director of the Kyl Center for Water Policy at Arizona State University, told the NYT. "There isn't enough money or water."

More on the climate crisis: Exxon Scientists Knew About Global Warming for Decades While Company Denied It