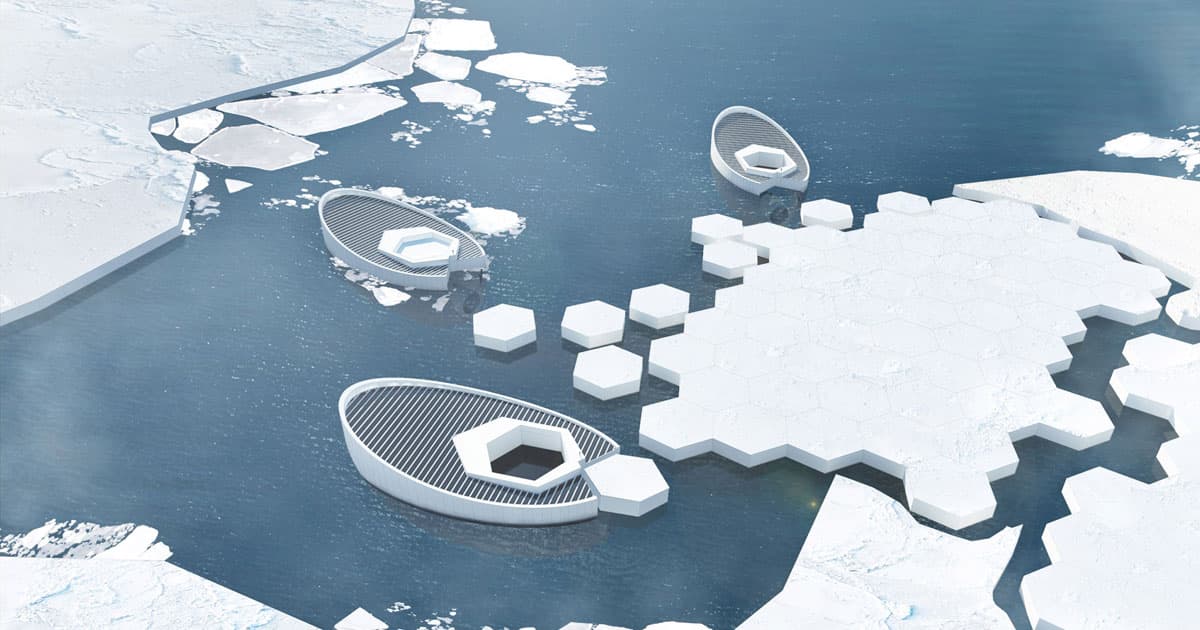 See How Ice-Making Submarines Could Help Refreeze the Arctic

Unfortunately, the subs could do more harm than good, experts warn.

Unfortunately, the subs could do more harm than good, experts warn.

A team of Indonesian designers has a plan for addressing Arctic ice melt: make more ice.

To do that, they propose building submarines that could serve as giant ice makers in the ocean — though experts warn that the subs could do more harm than good.

The designers created an animated video to show how their submarine would work, and at first glance, it looks pretty cool — pun intended.

First, the sub sinks below the water's surface to fill a hexagonal well in its deck. A desalination machine then removes the salt from the water, and the sub freezes the freshwater using the low ambient temperature plus a "giant freezing machine," according to the video.

Finally, the sub sinks underwater again to release the hexagonal iceberg. Repeat the process enough times with enough submarines, and you could create entire sheets of ice.

Though Mark Serreze, director of the University of Colorado’s National Snow and Ice Data Center, told NBC News that the idea is "very interesting," he ultimately thinks recreating lost ice would be "simply a Band-Aid" for Earth's climate change problem.

Even worse, the subs could exacerbate the issue, if they're powered by fossil fuels.

"To stop global warming, of course we still have to reduce carbon emissions throughout the world," he told NBC News — but he still thinks his team's ice-making submarines could complement those efforts.