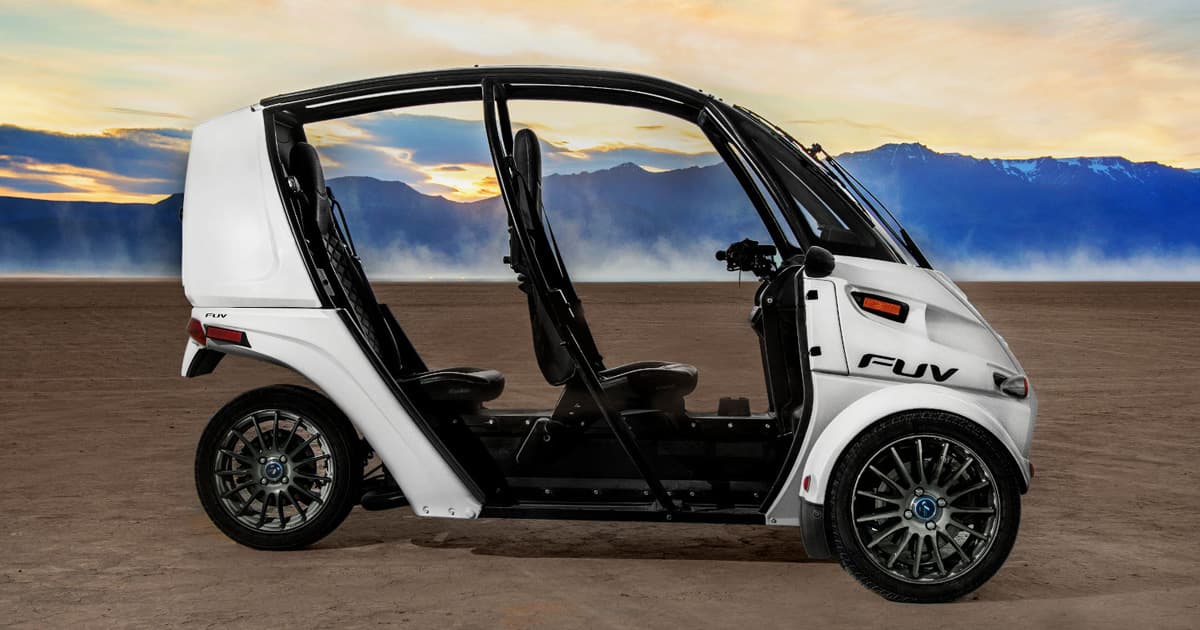 "He jumped into the driver’s seat of Adeo’s Arcimoto and promptly drove it into a brick wall."

"He jumped into the driver’s seat of Adeo’s Arcimoto and promptly drove it into a brick wall."

The founder of Arcimoto, a company producing peppy electric three-wheeled electric vehicles in Oregon, claims that Tesla CEO Elon Musk crashed one of its cars into a brick wall in the fall of 2019.

"Elon is the very first one to ever crash an Arcimoto, a production Arcimoto," CEO Mark Frohnmayer told Galileo Russell, the man behind the Tesla enthusiast YouTube channel HyperChange, in a casual backyard interview surfaced by Electrek.

Arecimoto calls its strangely shaped three-wheelers "Fun Utility Vehicles," or FUVs. They feature two tandem seats and an electric drivetrain that can accelerate up to 75 mph with a range of around 100 miles. Each FUV currently goes for $17,900 in the US.

Ironically, when a Twitter user reached out with a video of Arcimoto consultant Sandy Munro asking Musk for help with some projects he was working on back in September, the Tesla CEO had an acerbic reply: "Can’t support 3 wheel vehicles. Not safe enough."

In the interview, Frohnmayer also recalled that Musk was involved in a serious motorcycle accident when he was young, which may help explain Musk's reply.