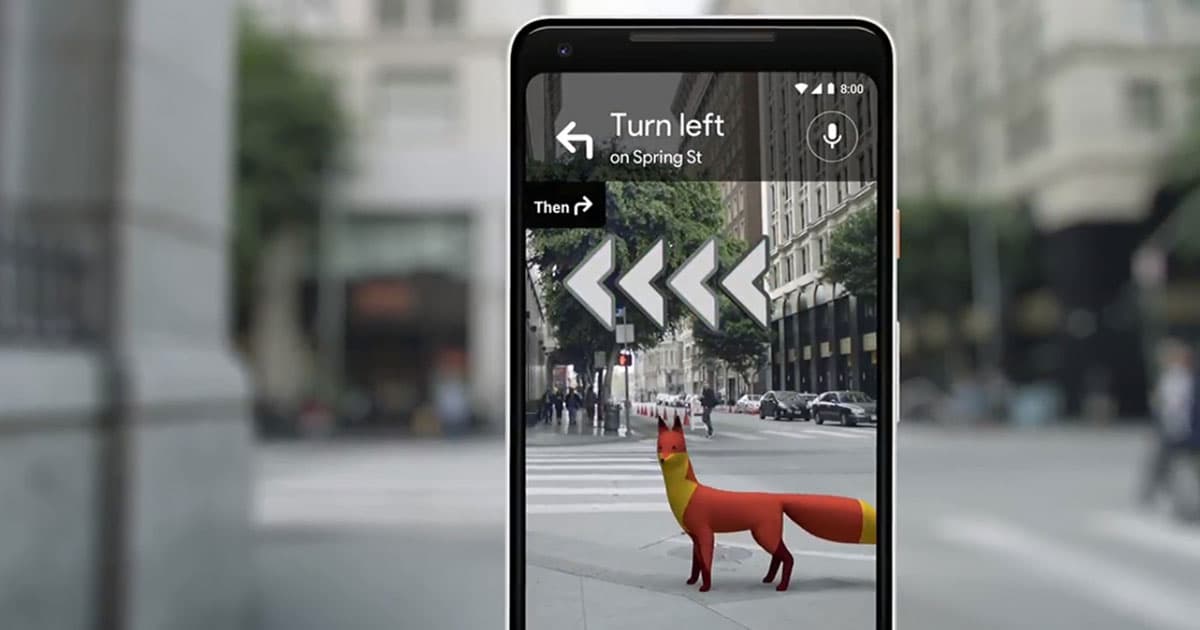 Google Is Rolling out AR Navigation for Its Maps App

"It was as if Maps had drawn my directions onto the real world, though nobody else could see them."

"It was as if Maps had drawn my directions onto the real world, though nobody else could see them."

In May, Google announced plans to add an AR navigation feature to its Maps app. Nine months later, the feature is now rolling out to a select group of Google users — giving the world its first glimpse at the likely future of getting around.

In it, he notes how the feature added a layer of graphics over the "real world" as viewed through the camera in his smartphone. These graphics ranged from large arrows pointing in the direction Pierce needed to walk to text that appeared to hover over the sidewalk, letting him know how many steps he needed to take until his next turn.

"It was as if Maps had drawn my directions onto the real world," he wrote, "though nobody else could see them."

According to Pierce, Google only plans to make the current version of the AR navigation feature available to "a few Local Guides, who are the service’s most dedicated reviewers and users."

The rest of the world won't have access to the feature until Google is satisfied with it, and there's no telling when that might be.

Still, it appears Google is committed to making AR a part of its future. And given that the company is such a huge presence in the present, that means AR will very likely be a part of our future, too.