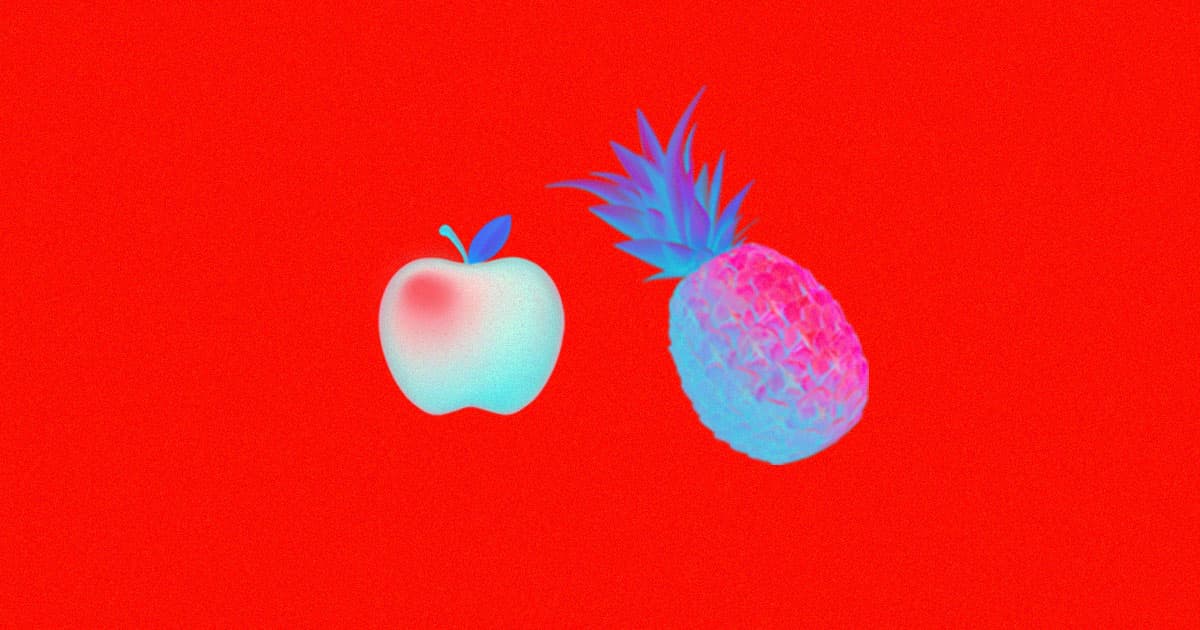 Apple, the tech giant and most valuable company in the world, recently sued an indie musician with seven monthly Spotify listeners over her name. The company said her stage name, Franki Pineapple, was too close to "Apple" and would tarnish its reputation, according to an alarming report published this morning in the New York Times.

According to documents the company filed, Apple said the names were "both the names of fruits, and thus convey a similar commercial impression." They also considered challenging Stephanie Carlisi's logo, an exploding pineapple grenade.

"It’s not even an apple," Carlisi told the paper. "You’re telling people that they cannot appropriate fruit or anything that has this connection to Apple, which is this juggernaut company."

It's not the first time Apple has challenged a small business, project or brand on extremely thin or even ridiculous grounds, and the NYT reports that many of those owners simply give up because they don't have the money or resources to fight such a huge company. Carlisi, luckily, was able to fight the suit and won with the concession that she state on her trademark application that "Franki Pineapple" was not her real name.

Apple may be a bully when it comes to trademark claims, but it's not alone. It smacks heavily of that time back in 2016 Kylie Jenner tried to trademark her name and got into a fight with singer Kylie Minogue. She also tried to trademark "rise and shine" after a viral trend, and both moves got her well-deserved flak on social media.

It's not that major brands and talents shouldn't be able to apply for trademarks. But hoarding stacks of applications for simple phrases, common words and sayings? It seems way too far.

What are we supposed to do, let big tech and billionaires trademark every word they want until the rest of us can't start our own creative passion projects without expensive litigation?

More on expensive assets: Russian Oligarchs' Superyachts Are Being Seized, and the Internet is Loving It