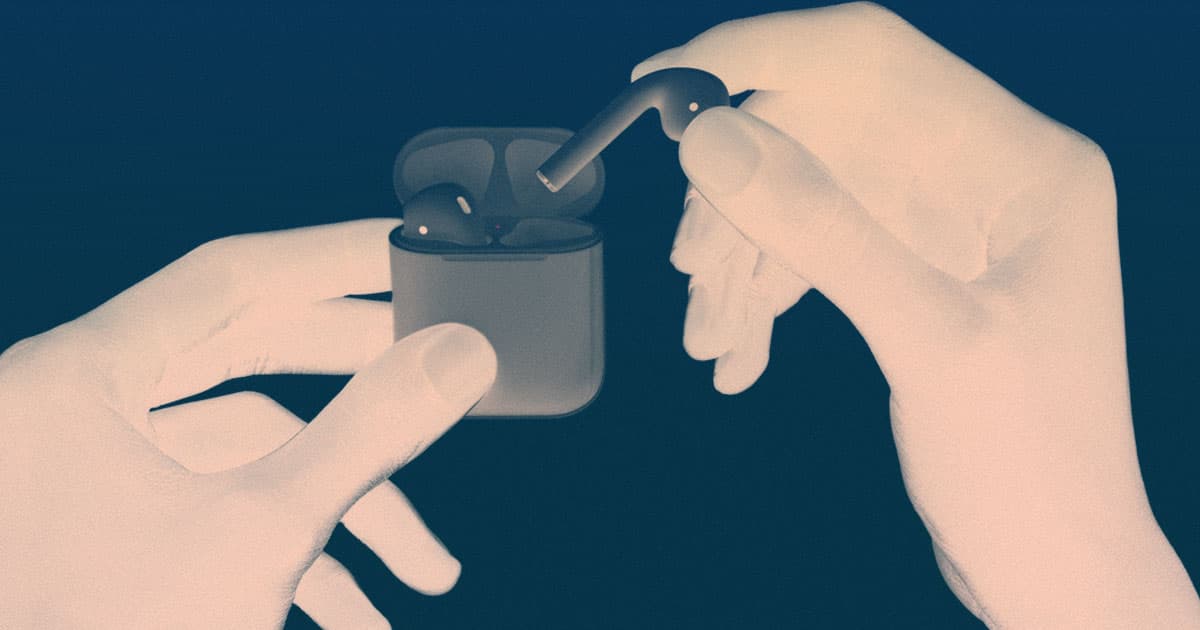 They would automatically adjust volume and balance based on what you're doing.

They would automatically adjust volume and balance based on what you're doing.

Not in a "this is how the AI revolution starts" way, mind you. At least, we don't think so. Rather, as Business Insider reports, the tech would give AirPods — technically the patent mentions a "wearable audio device" but, come on, let's be real, it's AirPods — the ability to automatically adjust volume and audio balance based on where you are and what you're doing.

The system would try to figure out what you're up to based on your location and the noises around you and adjust audio accordingly, BI reports.

For instance, if you're walking down a sidewalk, it might turn down the volume on whatever ear is closer to the street — presumably so you don't wander into traffic — while leaving the other ear's volume unchanged.

As always, filing a patent is never an indication that a tech company is actually going to develop a product. Companies like Apple file unusual patents that they never plan to pursue all the time, either to claim intellectual property or just in case it someday becomes useful.

So will we see unusually-smart AirPods in the future? Maybe, but there are no guarantees that this was anything more than an engineer's fever dream put to legal paper.

READ MORE: Apple has an idea that could make future AirPods much smarter about sensing your surroundings [Business Insider]