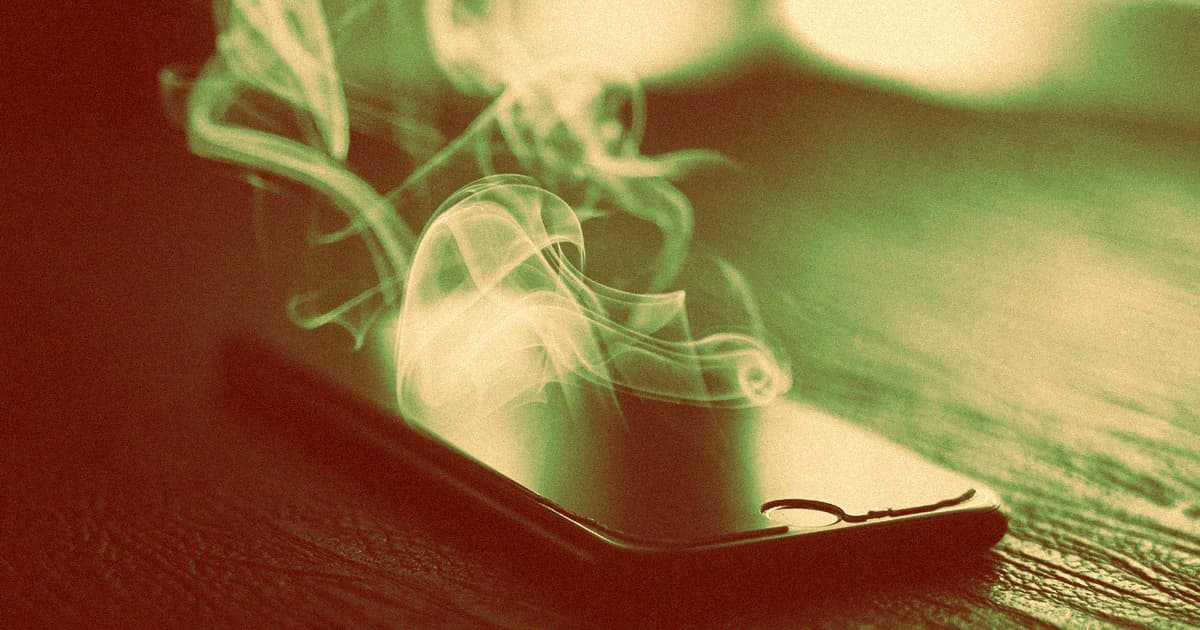 Apple devices can already count your steps and monitor your heart rate. But in the future, they could help you stay healthy in another way: by making sure you don't inhale poison.

On Thursday, Patently Apple reported that the U.S. Patent and Trademark Office published an Apple patent application for a miniature sensor that would give its iPhones, Apple Watches, and MacBooks the ability to detect poisonous gases — the latest sign that Apple is leaning into a dystopian future.

According to the patent, which Apple filed in July 2017, the company envisions each sensor featuring an array of electrodes on a silicon-based substrate, with a "gas-sensing layer" over the electrodes. Another permeable layer on top of that would selectively filter out gases, letting only the "target gas" through to the gas-sensing layer.

As for what gases the device would sense, the Apple patent lists several, including sulfur dioxide, methane, and carbon monoxide (CO), the odorless, tasteless gas that kills more than 400 Americans every year and sends another 20,000 to the emergency room.

Apple and the Apocalypse

Apple seems to be preparing for the worst with this patent application. After all, there's really no discernible use for these sensors other than to help people avoid catastrophe — but catastrophe does seems to play a big role in Apple's vision for humanity's future.

Earlier this week, Motherboard revealed the contents of Apple's filing to CDP, an organization that grades companies' environmental impact. Based on that filing, Apple expects people to rely heavily on their devices as climate change wreaks havoc on the planet.

They envision customers using their iPhones as flashlights and sirens during severe weather events and turning to the devices when they need instructions for emergency aid.

If this apocalyptic scenario unfolds as Apple expects it might, a phone that could tell you if the shelter you've sought while the latest hurricane rages on outdoors includes a carbon monoxide leak might actually prove useful.

READ MORE: One of Apple's Next Health Sensors for iDevices Could Save Your Life by Detecting Invisible Deadly Gases [Patently Apple]

More on Apple: Apple Expects to Benefit From Climate Change