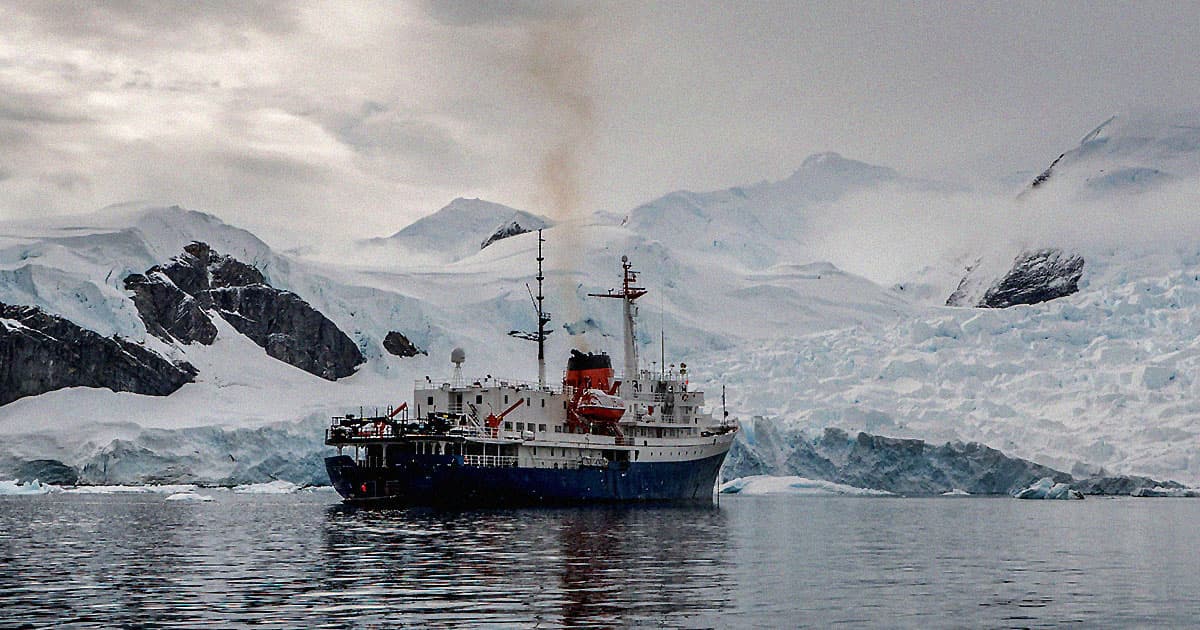 Humans are to blame, naturally.

Humans are to blame, naturally.

Antarctica — the only place on Earth that hasn't been overrun by pesky humans — is showing worrying signs of pollution in the form of a black carbon layer blanketing the snow, caused by the tourism industry burning fossil fuels nearby.

According to a new study published in the journal Nature Communications this week, researchers found that more and more humans are spending time in Antarctica. It's a vicious cycle: the darker the ice and snow, the less reflective it is, making it more vulnerable to the Sun's warming rays.

The team examined snow samples taken near tourist destinations around the Peninsula taken between 2016 and 2020, and found considerably higher amounts of black carbon than in other parts of the Antarctic. Unsurprisingly, they say, humans are to blame.

"Our surveys show that [black carbon] content in snow surrounding research facilities and popular shore tourist-landing sites is considerably above background levels measured elsewhere in the continent," the researchers wrote.

This dark layer accelerates "snow melting and shrinking the snowpack on [black carbon]-impacted areas on the Antarctic Peninsula."

"[Antarctica] is currently one of the most rapidly warming regions on the planet," Alia Khan, a snow and ice scientist at Western Washington University and co-author of the study, told CNN. "Snow is already melting due to impacts of climate change, but this is an exacerbating factor on snow melt."

Despite some tourist ships supplementing their engines with electric motors and using slightly less-polluting kinds of diesel fuel, we have to do far more to reverse — or at least slow down — the trend, the researchers argue.

And it's only getting worse: according to the study, around 74,000 people visited the continent in the summer of 2019-2020, a whopping 32 percent increase from the year before.

The news comes after scientists found that Antarctic sea ice is currently at a record low. Even more worryingly, we still don't entirely understand how the problem is actually affecting the planet yet.

"The snow albedo effect is one of the largest uncertainties in regional and global climate modeling right now," Khan told CNN.

More on the Antarctic: Welp, Scientists Say Antarctic Sea Ice Is at a Record Low

Not Atlantis
A Satellite Found Remnants of Lost Continents Under Antarctica
11. 9. 18
Read More
Antarctic Research Project Will Determine If a Huge Glacier Will Soon Break Off
4. 30. 18
Read More
Antarctica Saw More Snowfall Over Past 200 Years. Sounds Like Good News... But It's Not
4. 9. 18
Read More
+Social+Newsletter
TopicsAbout UsContact Us
Copyright ©, Camden Media Inc All Rights Reserved. See our User Agreement, Privacy Policy and Data Use Policy. The material on this site may not be reproduced, distributed, transmitted, cached or otherwise used, except with prior written permission of Futurism. Fonts by Typekit and Monotype.