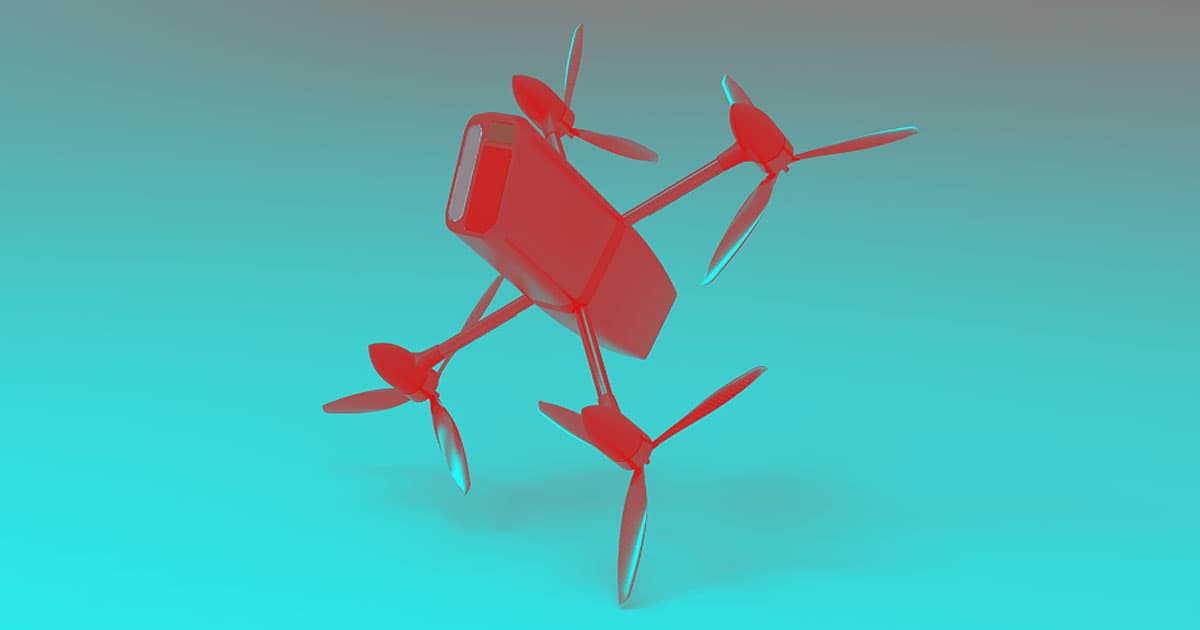 And it reportedly almost always survives the attack.

And it reportedly almost always survives the attack.

As the use of drones as military weapons has increased, so too has the need for anti-drone tech.

Anduril Industries, a startup founded by Palmer Luckey, one of the tech industry's most controversial figures, is helping the U.S. military meet that need — with a drone that slams into other drones in order to destroy them.

Bloomberg got a first look at this anti-drone quadcopter, dubbed the Interceptor, in July, when Anduril engineer Jason Levin demonstrated its capabilities from a Southern California ranch.

For the demo, Levin first flew a remote-controlled drone about a hundred feet into the air and left it there to hover. He then used a laptop to activate the Interceptor, flying it to a position about 20 feet below the first drone.

Levin granted the permission to attack using his laptop, and the Interceptor flew straight up into its target at 160 kilometers per hour (100 miles per hour) — sending both devices plummeting to the ground.

It's hard to glean from Bloomberg's story whether the Interceptor survived the attack or sacrificed itself, kamikaze-style, though Luckey noted on Twitter that the device "almost always survives."

What is clear, however, is that while Levin authorized the attack, the drone executed it autonomously.

As the engineer explained to Bloomberg, Anduril's device is able to identify and fly toward targets without any help — and if it doesn't destroy an enemy drone with an initial hit, it doesn't give up, autonomously attacking a second or third time until its target is dead.

Oh, Good
Oculus Founder Builds VR Headset That Kills User If They Die in Game
11. 7. 22
Read More
FROM THE DEPT. OF THINGS TO BUY
The Best Drones Under $100 in 2023
10. 22. 22
Read More
From the Dept. of Buying Things
The Best Cheap Drones in 2023
10. 22. 22
Read More
+Social+Newsletter
TopicsAbout UsContact Us
Copyright ©, Camden Media Inc All Rights Reserved. See our User Agreement, Privacy Policy and Data Use Policy. The material on this site may not be reproduced, distributed, transmitted, cached or otherwise used, except with prior written permission of Futurism. Articles may contain affiliate links which enable us to share in the revenue of any purchases made.
Fonts by Typekit and Monotype.