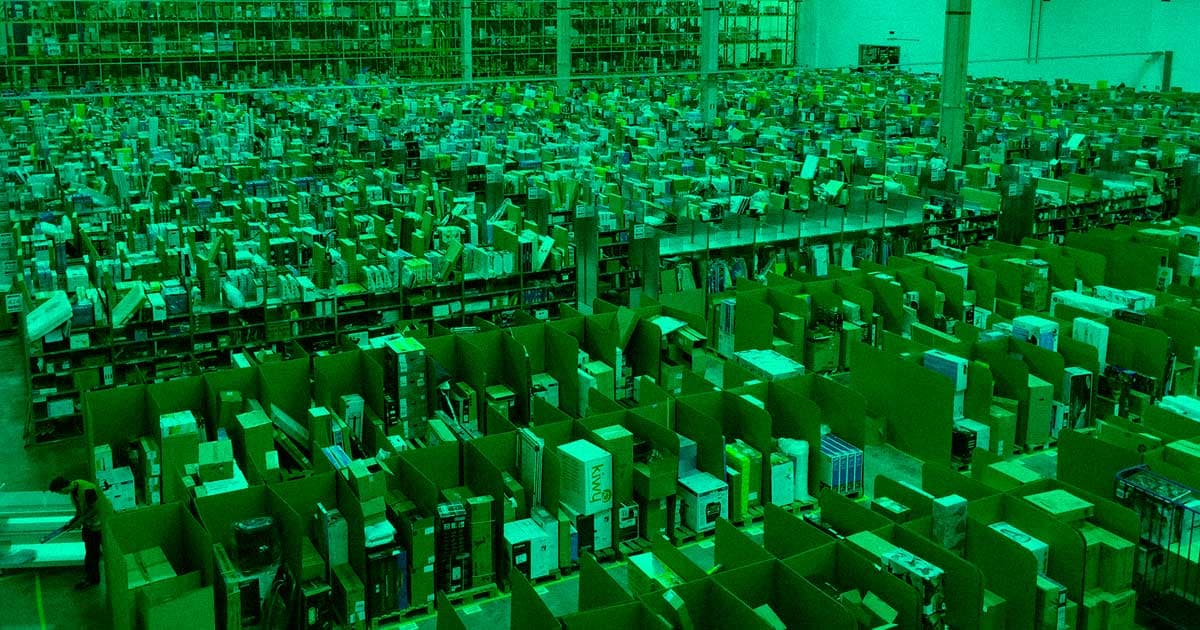 "For Amazon, all they care about is getting the job done and getting it out fast and not realizing how it's affecting us and our own bodies."

"For Amazon, all they care about is getting the job done and getting it out fast and not realizing how it's affecting us and our own bodies."

Amazon’s warehouses, where workers have to pack shipments at a blistering pace, are home to a disturbing number of serious worker injuries and safety hazards.

In 2018, Amazon more than doubled the national warehousing industry average for serious worker injuries. A new investigation by The Atlantic and Reveal shows how the company prioritizes efficiency at the expense of its employees’ health — and sometimes lives — while downplaying the problem and blaming workers for getting hurt.

The investigation reveals how Amazon workers are made to work in dangerous conditions with insufficient time to rest or walk to the bathroom without getting fired. Several workers suffered serious injuries, for instance, because they didn’t even have enough time to properly lift heavy boxes.

With Black Friday approaching, workers who spoke to Reveal say they expect a huge spike in injuries as the company brings on a larger workforce that’s unaccustomed to the workflow. Meanwhile, Amazon said its high injury numbers come from a tendency to overreport injuries and prioritize safety, but declined to provide evidence to support its framing.

“For Amazon,” an injured worker told Reveal, “all they care about is getting the job done and getting it out fast and not realizing how it’s affecting us and our own bodies.”

Reveal‘s investigation found that one man died because Amazon never trained him to safely repair a forklift, but instructed him to try anyway. He was crushed to death, and the Indiana government — vying to be selected as the location for Amazon’s next headquarters — helped the megacorporation get off the hook for the death.

“When you order something from Amazon and you’ve worked inside Amazon, you wonder, ‘Hey, is ordering my package going to be the demise of somebody?'” one former employee told Reveal.

More on safety: After Deaths, Amazon Lands on List of Most Dangerous Employers