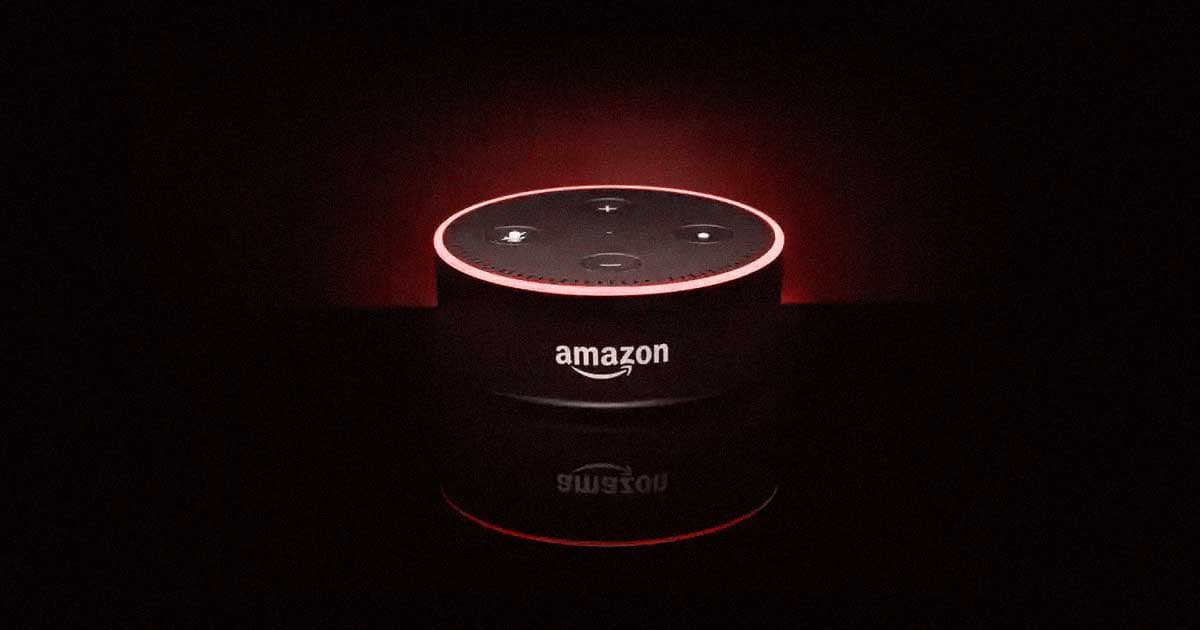 It's something only a corporation as soulless as Amazon could dream up.

The e-retailer is planning to allow its Alexa smart speaker to mimic the voices of deceased loved ones — arguably a rather "Black Mirror"-esque failure to read the room.

During its annual re:Mars conference this week, Amazon’s senior vice president and head scientist for Alexa, Rohit Prasad, showed off a demo of a late grandmother's voice reading a bedtime story to a child, TechCrunch reports.

"This required inventions where we had to learn to produce a high-quality voice with less than a minute of recording versus hours of recording in the studio," Prasad said at the conference, as quoted by TechCrunch. "The way we made it happen is by framing the problem as a voice conversion task and not a speech generation path."

Despite the morbid implications of such tech, Amazon says it's an impressive example of AI technologies. Prasad called digitally waking grandmother up from her eternal slumber a big win.

"We are unquestionably living in the golden era of AI, where our dreams and science fictions are becoming a reality," he added.

But that's about all we know about the feature, as Amazon was rather short on details about its latest invention.

It's not the first device to imitate somebody's voice. In fact, as Gizmodo points out, a similar AI-powered device by Japanese toy brand Takara Tomy can read bedtime stories to children by imitating their parents' voices.

READ MORE: Alexa will soon be able to read stories as your dead grandma [TechCrunch]

More on Alexa: NASA Is Installing Amazon Alexa on Its Next Moon Mission, for Some Cursed Reason