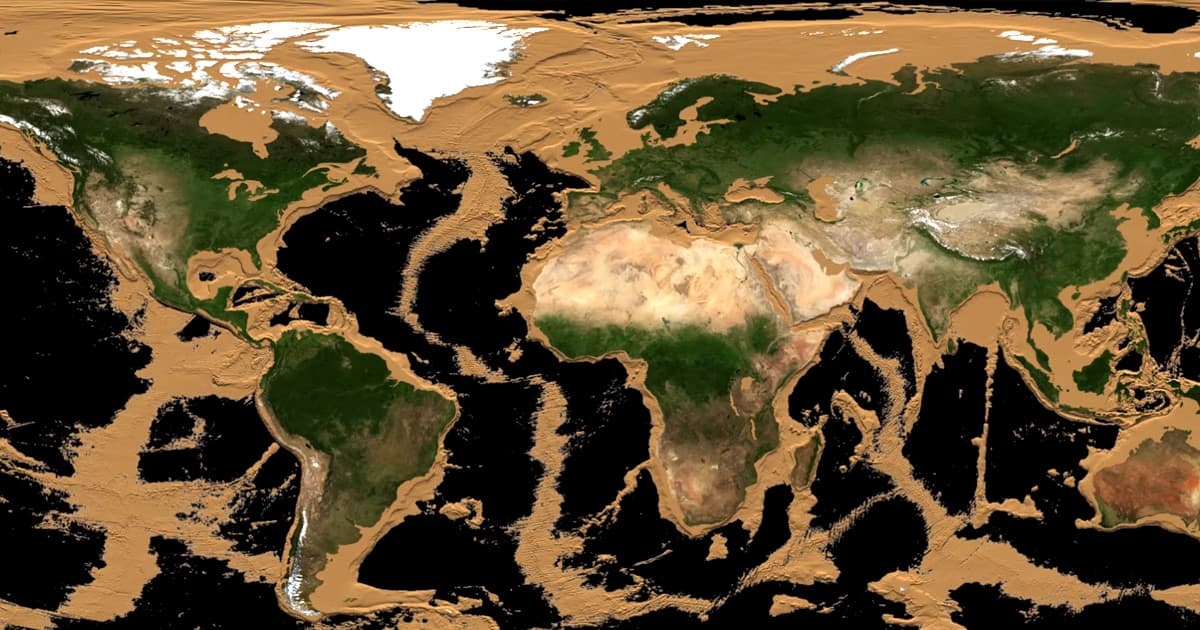 A remake of a 2008 NASA animation reveals what the world would look in a "Mad Max" scenario in which all the water on Earth evaporated.

The video, made by former NASA planetary scientist James O'Donoghue, gradually reveals a vast landscape of hidden mountains and other features — many of which have yet to be properly explored.

"I like how this animation reveals that the ocean floor is just as variable and interesting in its geology as the continents," O'Donoghue, who now works for the Japanese space agency JAXA, told Business Insider.

The animation takes viewers about 10,000 meters beneath sea level. Most of the water is gone by about 5,000 meters, with just the world's deepest trenches draining out beyond that.

The most dramatic shift, however, happens almost immediately.

"I slowed down the start since, rather surprisingly, there's a lot of undersea landscape instantly revealed in the first tens of meters," O'Donoghue told Business Insider.

More on the ocean floor: This Plan To Mine the Ocean Floor May Erase Whole Ecosystems

False Dichotomies
British Royal Disses William Shatner's Spaceflight
10. 14. 21
Read More
A New Battery Could Store Ten Times the Power as Lithium-Ion
12. 9. 18
Read More
A Fleet of Underwater Robots Will Create Detailed Map of Marine Microbes
3. 13. 18
Read More
+Social+Newsletter
TopicsAbout UsContact Us
Copyright ©, Camden Media Inc All Rights Reserved. See our User Agreement, Privacy Policy and Data Use Policy. The material on this site may not be reproduced, distributed, transmitted, cached or otherwise used, except with prior written permission of Futurism. Fonts by Typekit and Monotype.