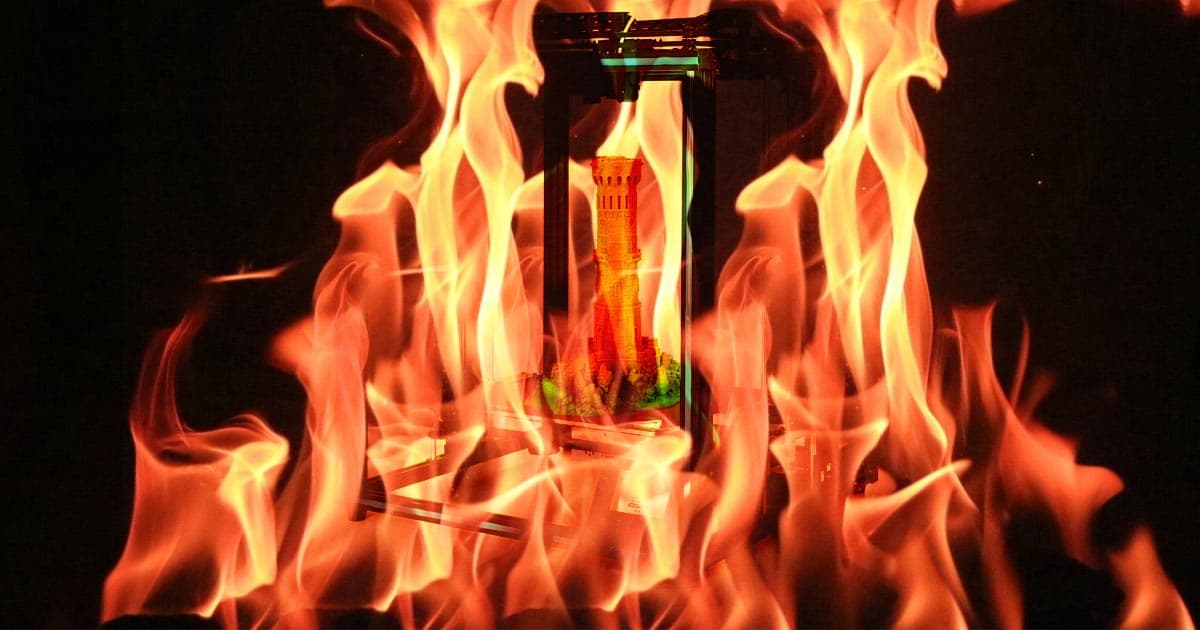 This case could set a huge legal precedent.

This case could set a huge legal precedent.

Chinese e-commerce giant Alibaba is being sued by the parents of a young man who reportedly died during a fire caused by a 3D printer sold by the company.

In their lawsuit, the parents of the late Calvin Yu are suing Alibaba and Tronxy, the Chinese company that made the defective 3D printer, for putting the faulty goods up for sale and failing to warn consumers about the dangers they posed.

According to the suit, Yu bought the 3D printer from AliExpress, Alibaba's consumer-facing outlet, in November 2019, and used it regularly for six months before it overheated and caused a fire at the power strip, which the printer was plugged into.

A huge blaze ensued at Yu's home in San Francisco, which ultimately killed him — a harrowing tale about the risks involved in buying potentially defective hardware online.

An investigation by the San Francisco Fire Department concluded that the fire had indeed been caused by the printer, and that Yu "died as a result of complications due to the thermal injuries caused by the defective printer," according to The Register.

In their lawsuit, Yu's parents allege that Alibaba and Tronxy should be held legally liable for damages, because the companies failed to provide adequate safety instructions and did not fulfill their "duty to warn" him of the dangers the equipment posed.

There's a precedent of consumers successfully suing online retailers for selling dangerous and defective wares made and sold by third parties. Amazon, for instance, has been forced to pay consumers on several occasions over injuries they incurred from faulty products purchased on the platform.

The problem has grown to the point where Amazon had to instate a company policy last year that would pay customers up to $1,000 for defective goods, even if they were sold by third parties.

Yu's case is a little different. Not only does the case involve a death, Alibaba and Tronxy are also based in China — not the US — making legal matters far more complicated.

No matter the outcome, the case could set a precedent for whether or not consumers can successfully sue international companies for selling them dangerous junk.

READ MORE: Alibaba Sued in US Over Man’s Death From Fire Caused by Printer [Bloomberg]

More on infernos: Watch a Factory Descend Into a Vision of Hell Within One Minute

Brands We Love
Take Your Brick-And-Mortar Business Online With This All-In-One Ecommerce Solution
4. 23. 20
Read More
On the Brink
911 Calls Reveal Mental Anguish of Amazon Employees
3. 11. 19
Read More
Ill-Fitting Clothes: One More Thing We (Probably) Won't Have to Deal With in the Future
5. 4. 18
Read More
+Social+Newsletter
TopicsAbout UsContact Us
Copyright ©, Camden Media Inc All Rights Reserved. See our User Agreement, Privacy Policy and Data Use Policy. The material on this site may not be reproduced, distributed, transmitted, cached or otherwise used, except with prior written permission of Futurism. Fonts by Typekit and Monotype.