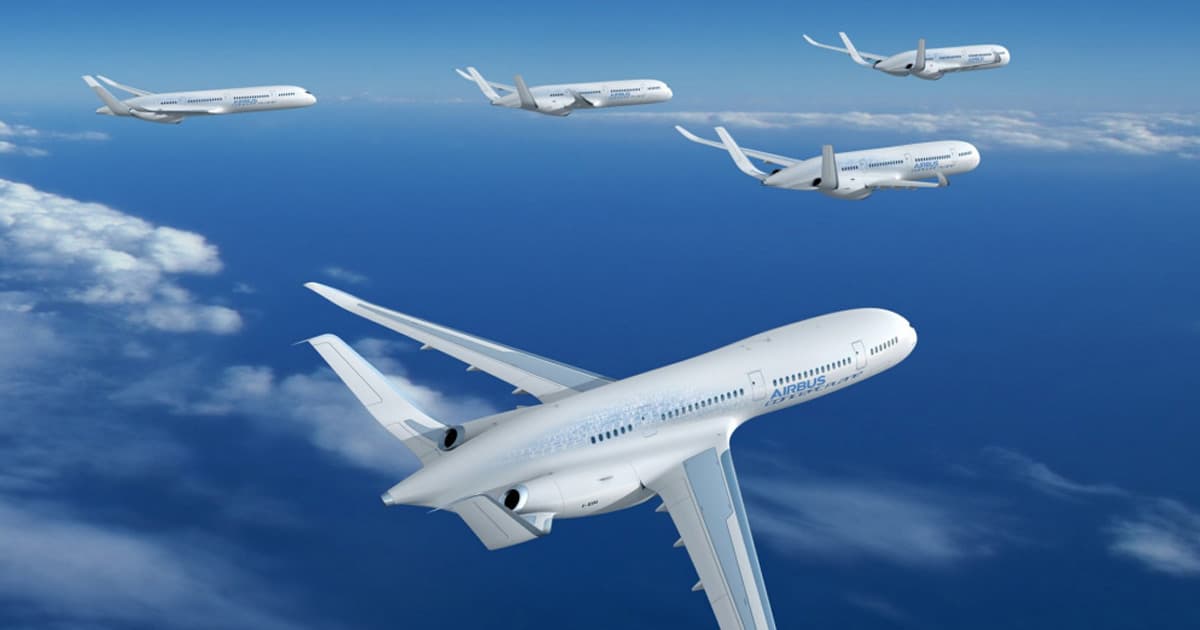 "It's very, very different from what the military would call formation flight."

"It's very, very different from what the military would call formation flight."

Multinational aerospace corporation Airbus is investigating a new way for airliners to save fuel: by flying in formation, like a herd of migrating geese.

The manufacturer's research incubator Airbus UpNext studied the aerodynamic efficiencies that arise out of flying in formation, CNN reports.

UpNext is planning to test the idea with two passenger jets as part of a demonstration project called "fello'fly." Early tests, involving two of the company's A350 aircraft, already started in March 2020.

"It's very, very different from what the military would call formation flight," Sandra Bour Schaeffer, CEO of Airbus UpNext, told CNN. "It's really nothing to do with close formation."

By flying nearby each other, each bird — or airplane — benefits from the next object's wake. The tip of each bird's wings creates a vortex, which can provide lift for the next bird behind it.

"[The pilots] will be 1 1/2 to 2 nautical miles away from the leading aircraft, and slightly offset, which means they are on the side of the vortex," explained Bour Schaeffer, an experienced flight-test engineer, to CNN. "It's no longer the vortex, it's the smooth current of rotating air which is next to the vortex, and we use the updraft of this air."

According to Schaeffer, A350s could save anywhere between five and ten percent in fuel — an "enormous number."

Despite the fuel savings, having airliners fly closeby each other involves at least some level of risk. Before the technique could become mainstream, the team would have to convince service providers and government aviation agencies to change regulations to allow for airliners flying in formation.

READ MORE: Why passenger jets could soon be flying in formation [CNN]

More on Airbus: Airbus Planes Will Track How Often Passengers Go to the Bathroom

Airbus, Rolls-Royce and Siemens Announce New Partnership to Build an Electric Airplane
11. 28. 17
Read More
Airbus' Electric Flying Taxis Are Set to Take to the Skies Next Year
10. 5. 17
Read More
Airbus Has Revealed Its Flying Car-Drone Hybrid
3. 8. 17
Read More
+Social+Newsletter
TopicsAbout UsContact Us
Copyright ©, Camden Media Inc All Rights Reserved. See our User Agreement, Privacy Policy and Data Use Policy. The material on this site may not be reproduced, distributed, transmitted, cached or otherwise used, except with prior written permission of Futurism. Fonts by Typekit and Monotype.