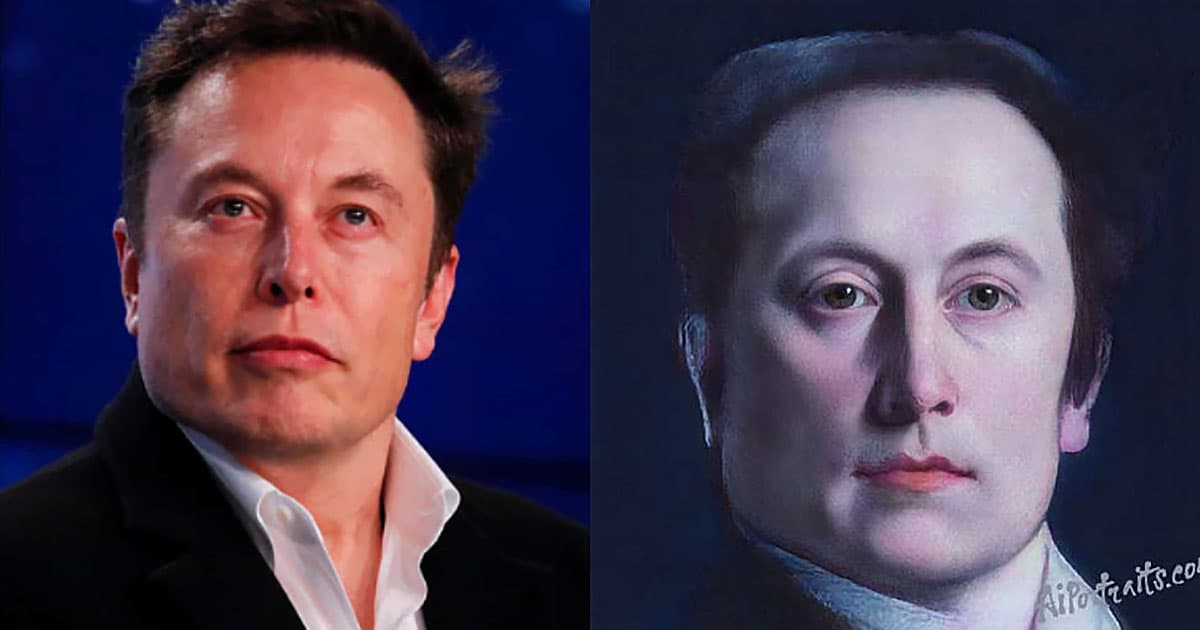 This Website Will Turn Your Face Into a Renaissance Portrait

Hot on the heels of FaceApp, which makes you look old, is the next sensation: AIPortraits.com, a website set up by a team of MIT and IBM researchers that turns your boring old selfies into works of Renaissance-period art — as if they were imagined by the likes of Michelangelo or Botticelli.

The researchers trained the generative adversarial network with 45,000 portraits “from the Early Renaissance to Contemporary Art,” according to the website’s “Why” section.

The site will spit out your likeness in the style of an undefined renaissance artist — though unfortunately you won’t be able to chose which artist the AI will take stylistic cues from.

The researchers behind the website want to explore the inherent biases of such an AI system. By exclusively choosing Western artistic traditions, the algorithm will automatically make certain stylistic choices.

“We encourage you to experiment with the tool as a way of exploring the bias of the model,” reads the website. “For example, try smiling or laughing in your input image. What do you see? […] This inability of artificial intelligence to reproduce our smiles is teaching us something about the history of art.”

In case you’re wondering what happens with your picture after you’ve uploaded it — certainly a concern for the Russia-based startup FaceApp, which requested access to all the photos on users’ phones — the website claims any images uploaded to the site are deleted and not stored.

READ MORE: This site turns your selfies into Renaissance portraits with AI [TechCrunch]

More on FaceApp: Earlier Versions of FaceApp Were Incredibly Racist