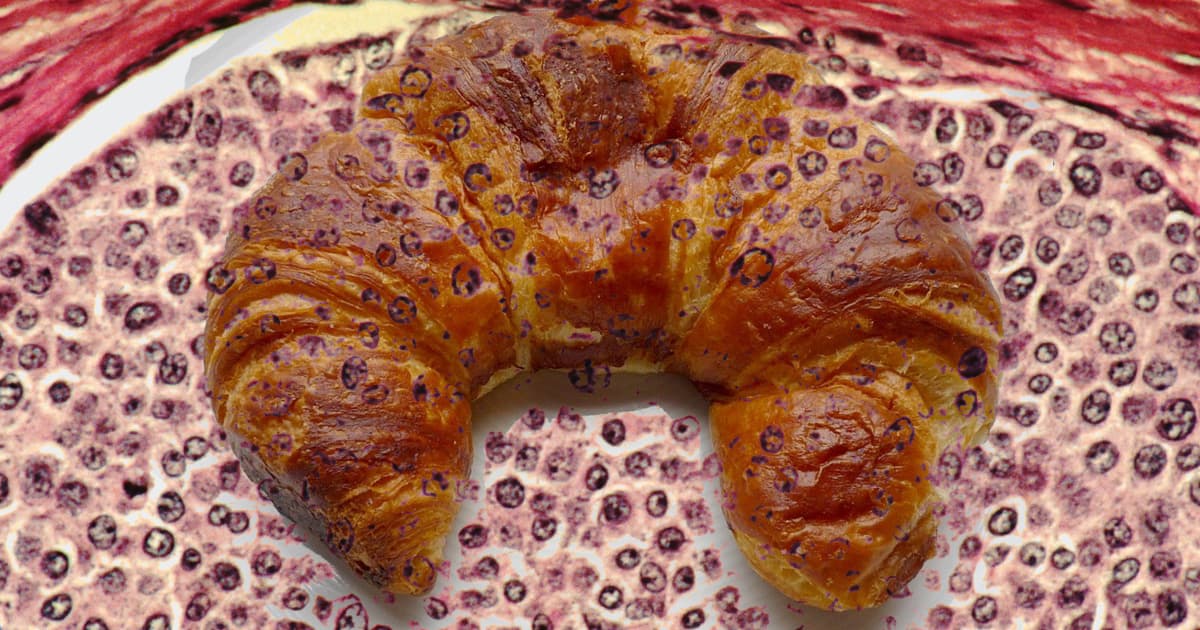 An artificial intelligence system that was originally designed to distinguish between different types of pastry in Japan in 2013 was adapted to identify cancers, The New Yorker reports.

The system, called "BakeryScan," was first launched back in 2013 by Hisashi Kambe, a computer systems engineer. The system, which is still around and can be bought for roughly $20,000, gives local bakeries a hand by doing basic tasks like distinguishing croissants from bear claws. It can cut down on employee training and make the checkout process more hygienic, according to the company.

But several years later, a doctor from the Louis Pasteur Center for Medical Research in Kyoto realized that the clever tool could be used for a very different purpose as well: recognizing cancerous cells in microscope slides.

And as it turns out, the resulting AI was extremely effective: it now boasts a 99 percent accuracy, according to The New Yorker.

"I asked Kambe how it worked — did it use deep learning? 'Original way,' he said. Then, with a huge smile, 'same as bread,'" writer James Somers recalls in his piece.

The new take on the original BakeryScan AI is called Cyto-AISCAN, and can zoom in on cancer cells and single them out amongst countless of them in an entire microscope slide. This allows doctors to tell cancerous cells from the ones that aren't yet.

BakeryScan has also been adapted to distinguish pills in hospitals, count people in 18th century Japanese woodblock print, and label charms and amulets being sold in shrines across the country, according to The New Yorker.

READ MORE: The Pastry A.I. That Learned to Fight Cancer [The New Yorker]