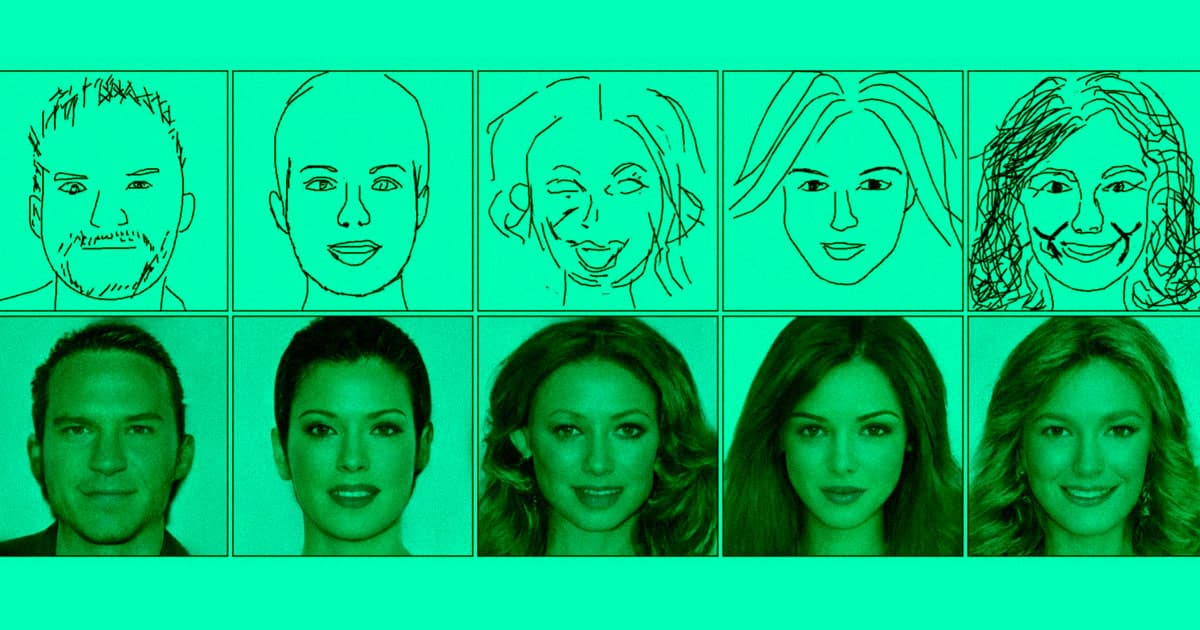 This AI Can Generate Headshot Photos From Slapdash Doodles

The scientists suggest it could bring criminal suspect sketches to life.

The scientists suggest it could bring criminal suspect sketches to life.

A new AI algorithm can generate a believable, photorealistic headshot from a quick, slapdash doodle of a person.

The algorithm, which was trained on the faces of 17,000 celebrity headshots, New Scientist reports, could change the way sketches are brought to life. The University of Hong Kong scientists behind the algorithm suggest that it could be used to identify suspects in a criminal investigation or to make it easier to animate games or movies.

To train the AI system, the scientists started with their database of celebrity headshots. Then they edited them down until they basically looked like simple line drawings, according to research shared online earlier this month.

Presented with both the photo and the threadbare doodle, the AI algorithm learned to connect lines from a doodle or sketch with real-world facial features. That gave it the ability to generate new, synthesized images after only seeing a hand-drawn doodle.

As with any other artificial intelligence algorithm, this one has built-in biases originating within its training data. In this case, all of the resulting headshots look like white people who were on TV, because those are the only faces that the system learned from.

"Most of the results are related to white skin color — we don't have any control about this," Hongbo Fu, a researcher at the City University of Hong Kong, told New Scientist. "In the future, the team would like to add a flexible control to manually select the complexion in a portrait."