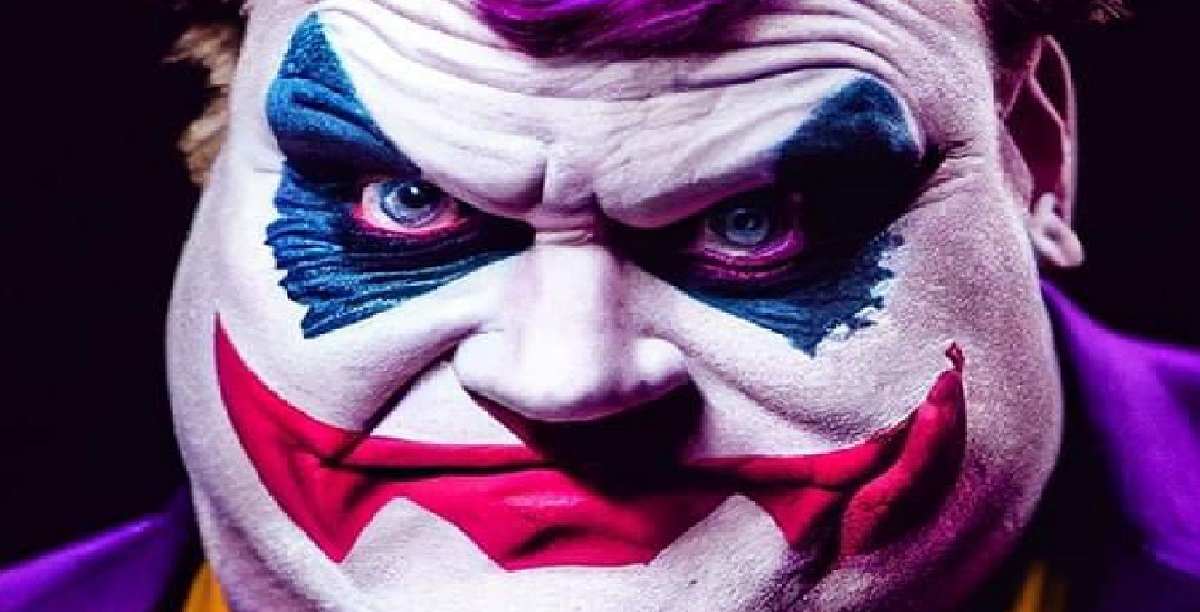 Here's How It'd Look If Chris Farley Played the Joker, According to AI

The villainous Joker, from the world of "Batman," has been brought to life on screen in numerous memorable performances: Jack Nicholson in "Batman" (1989), Heath Ledger in "The Dark Knight" (2008) and even Juaquin Phoenix "Joker" (2019.)

One casting we never got to see was famed "Saturday Night Live" cast member Chris Farley as the iconic bad guy, since he tragically passed away in 1997. But thanks to the magic of text-to-image artificial intelligence Midjourney, now we can see what might have been:

can’t get over this Chris Farley as the Joker by Midjourney AI pic.twitter.com/Z6rfAGAHNo

The images are clearly evocative, rendering Farley's arresting countenance in the ominous face paint and purple-suited sleaze of the noted Batman nemesis, and they've been reverberating across the web for several days now. It's canny casting concept, not the least because Farley, like Ledger, died young under tragic circumstances.

But the shots also invoke philosophical questions with which the world is only starting to grapple in the age of advanced — and increasingly democratized — AI-powered creativity tools. After all, it's one thing to whip together a few images of a might-have-been casting decision, but we're rapidly entering a period in which machine learning might feasibly allow fans to recast favorite films using deepfakes, or even leverage similar software to create entirely movies on their own.

Just yesterday, for instance, we heard about a guy who's painstakingly using AI tech to generate an entire sci-fi movie. For now, the outputs are spooky but not quite up to par. It's provocative, though, to imagine a day when a long-dead actor could be inserted into a movie made after he passed away — or even a new one, sprung from fans' imaginations and the startling creative potential of AI.

More on killer clowns: Facial Recognition Tech Is No Match for Juggalo Makeup