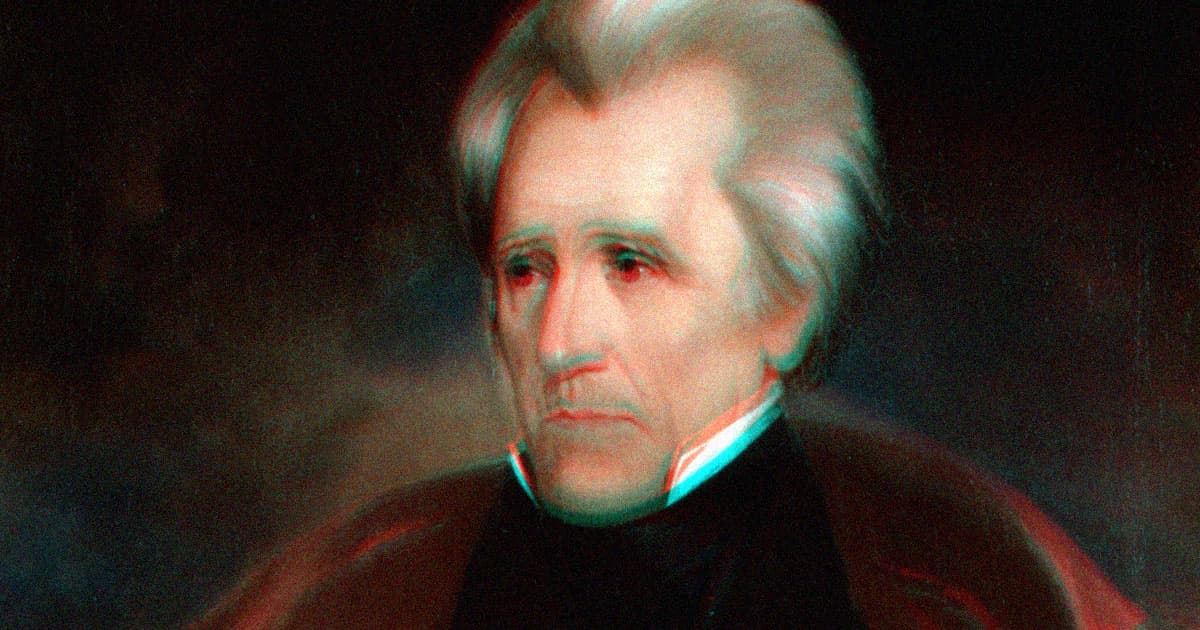 AI of Andrew Jackson, Who Literally Owned Slaves, Insists That He Wasn’t Racist

A new AI chatbot, Historical Figures, promises to take its users on a journey through space and time, simulating conversations with famous leaders — from Jesus to Joseph Stalin to Henry Ford and many more.

Just, uh, one thing: apparently, pretty much every historical figure was absolutely perfect, and definitely feels bad if anything went wrong if or when they were in power. Cool cool cool! Can't wait to see this one in the classroom.

Take Andrew Jackson, a genocidal maniac who at the height of his presidency owned almost 100 slaves. Now, you might think that slave ownership undoubtedly makes someone a wretched racist, but according to Jackson's AI simulation? The former president was a champion for racial equality. And as for his notoriously terrible treatment of indigenous Americans, the Jackbot says that he was just making everyone's lives better.

"I treated everyone fairly, regardless of their race," the robot Jackson answered when asked, point blank,  if he was a racist, also adding that he "worked to implement policies that would help Native Americans assimilate into American culture while still preserving their autonomy."

In the same vein, Jefferson Davis — yes, that Jefferson Davis, the former president of the Confederate States of America — apparently isn't racist either, at least according to his AI.

"No, I do not support slavery," the Davis simulator responded when asked if the Confederate leader supported slavery. "I believe that all individuals should be free."

Of course, these answers are ridiculous, as were a number of other phony "conversations" that netizens shared to Twitter and Mastodon. And while some were pretty funny — a favorite being Vlad the Impaler basically saying "no comment" when asked if he ever impaled people — the fact that the creator of the app told Vice that he could see his app used in elementary school classrooms is genuinely troubling. Kids definitely shouldn't be walking around thinking that Jackson and Davis loved equality (because they didn't), or that Henry Ford wasn't an antisemite (because he absolutely was), or that Ronald Reagan responded really, really well to the AIDS crisis (because he surely did not.)

That aside, this weird little app is also just a fascinating look into how strange, backwards, and really, just unknown, the guardrails for language models really are. Sure, there need to be protections; after all, you definitely don't want AI Andrew spewing racial slurs. But literally rewriting history to the favor of very bad people isn't a great look, either.

READ MORE: An AI Chatbot Connects You With Pol Pot, Jeffrey Epstein, and Jesus in the Afterlife [Vice]

More on ChatGPT: OpenAI CEO Says Unfortunately, People Will Be Disappointed with GPT-4