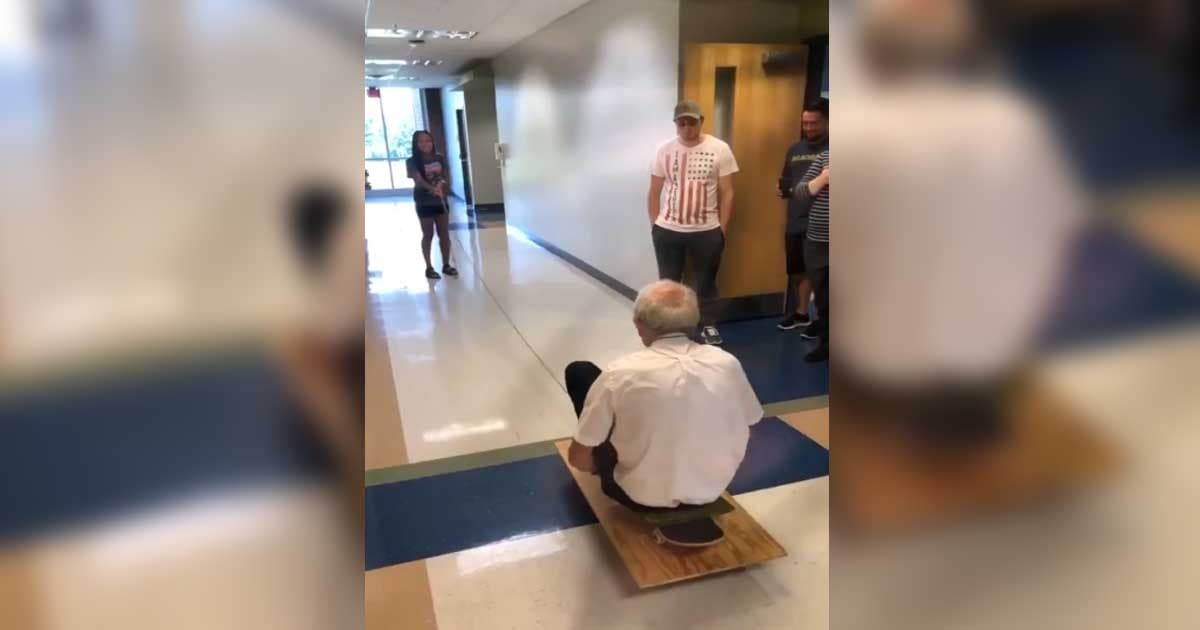 Adorable Physics Prof Finally Gets His Viral Moment of Fame

A video uploaded on Wednesday by Tidewater Community College sophomore student Erica Church shows her physics professor, David Wright, jovially pull off some amazing science tricks in class, including lying on a bed of nails and jumping around on a pogo stick.

Y’all need to see this video collage of all the crazy things my Physics Professor did this semester😭. He’s in his 70s and is still doing all of this for us🥺💛 pic.twitter.com/JaICjzVB5I

The video quickly went viral and has been retweeted over 300,000 times. Over 12 million people have seen it so far, and it even got shared by Good Morning America.

"The world is a wondrous place and it’s all understandable with mathematics and physics," Wright told Good Morning America. "I hope that’s what students take away."

His key belief: physics should be fun.

"I figure if I’m not having fun teaching the course they’re not going to have any fun either," Wright told the talk show. "You should be really passionate in what you’re doing and I hope I serve as an example of that."

More on college: Learn the Ins and Outs of AI With This Artificial Intelligence Engineer Master Class Bundle

One, Two
Physicists Say There May Be Another Reality Right Beyond This One
May 15
Read More
Brands We Love
This Tech Company Could Save You Thousands On Student Loans
6. 27. 20
Read More
NASA Admin: "By the Time You're a Junior, What You Learned as a Freshman is Obsolete"
8. 19. 17
Read More
+Social+Newsletter
TopicsAbout UsContact Us
Copyright ©, Camden Media Inc All Rights Reserved. See our User Agreement, Privacy Policy and Data Use Policy. The material on this site may not be reproduced, distributed, transmitted, cached or otherwise used, except with prior written permission of Futurism. Fonts by Typekit and Monotype.