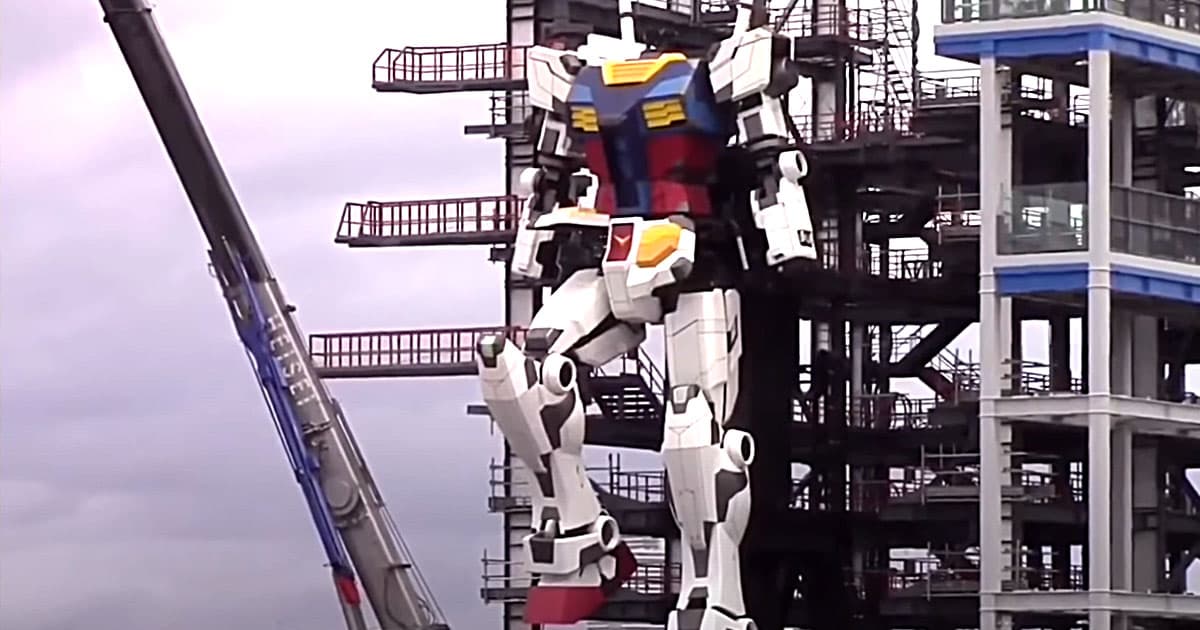 This robot weighs 25 tons. A single hand is 6.5 feet across.

This robot weighs 25 tons. A single hand is 6.5 feet across.

Engineers in Japan have been hard at work building a gigantic, 60-foot humanoid robot modeled after those in the "Gundam" sci-fi franchise.

And while construction of the robot has slowed due to the coronavirus, it seems like progress is well under way. A recent video shows it taking its first tentative steps, Popular Mechanics reports, despite still missing its head.

The footage appears to be sped up, so it's unclear how long the procedure took. While the robot managed to raise its right leg, it doesn't appear to be putting any weight on it — meaning this was likely just a test for future walks.

The entire robot, including the head, will weigh about 25 tons and have 24 degrees of freedom, meaning it should be able to walk pretty much anywhere, according to Popular Mechanics.

It will also feature hands with fully articulated fingers and thumbs. A single hand, from fingertip to wrist, will stretch 6.5 feet.

The company behind the robot, Gundam Factory Yokohama, was planning to have a preview event this month, but it had to be cancelled due to the pandemic.

The robot was originally meant to go on display to the public in October. According to a notice on the company's official website, that date has also been pushed back.

More on the robot: Japan Is Building a Massive Walking Gundam Robot