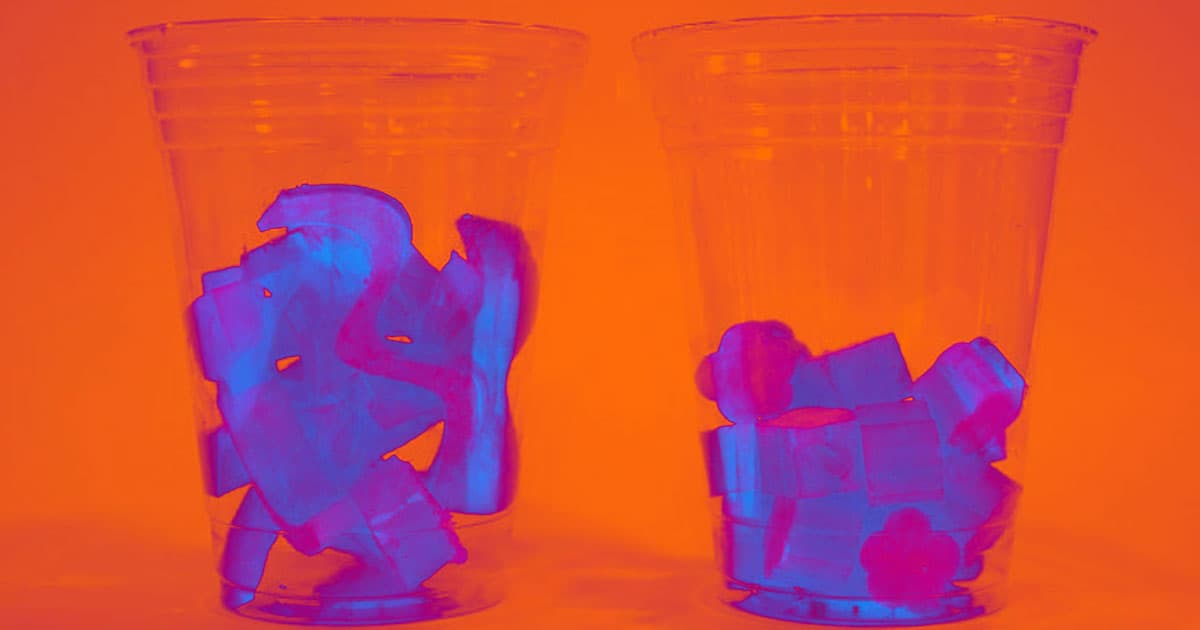 Armed with a 3D printer filled with some sort of nondescript food paste, a team of MIT engineers is revealing how the shape and arrangement of foods can trick our brains into feeling more or less satisfied after a meal.

For instance, your brain may perceive two different arrangements of the same amount of food paste (seriously, look at this stuff) as two meals of entirely different caloric values, according to Gizmodo. It's a well-known psychological trick often used in meal plating, but the 3D printed meals reveal exactly what it is about different shapes that fool our brains.

Experimenting with 3D printed foods revealed two clear trends about the link between food presentation and appetite. First, printing food into more complex, intricate patterns made people feel as though they were being handed more food and reported being more satisfied after eating it than they did if the food was printed into a similar — but calorie-equivalent — blob.

The second has to do with food density — a more porous print was more satisfying than a condensed print. That's because it not only took up more space but took longer to chew than something that could be consumed in one or two bites.

Of course, we're not all sitting around whatever foodstuff comes out of a 3D printer's nozzle.

But, if nothing else, the MIT experiment can help us understand our own perceptions of food — and the weird psychological exploits that can mess them up.

Brands We Love
This High Tech Blender Is the Kitchen Upgrade You Didn't Know You Needed
9. 5. 20
Read More
Brands We Love
When It Comes To Gut Health, Trust Science, Not Gimmicks
8. 14. 19
Read More
Simulated Shocks
People Are Horrified When They Have to Torture a Virtual Person
4. 12. 19
Read More
+Social+Newsletter
TopicsAbout UsContact Us
Copyright ©, Camden Media Inc All Rights Reserved. See our User Agreement, Privacy Policy and Data Use Policy. The material on this site may not be reproduced, distributed, transmitted, cached or otherwise used, except with prior written permission of Futurism. Articles may contain affiliate links which enable us to share in the revenue of any purchases made.
Fonts by Typekit and Monotype.