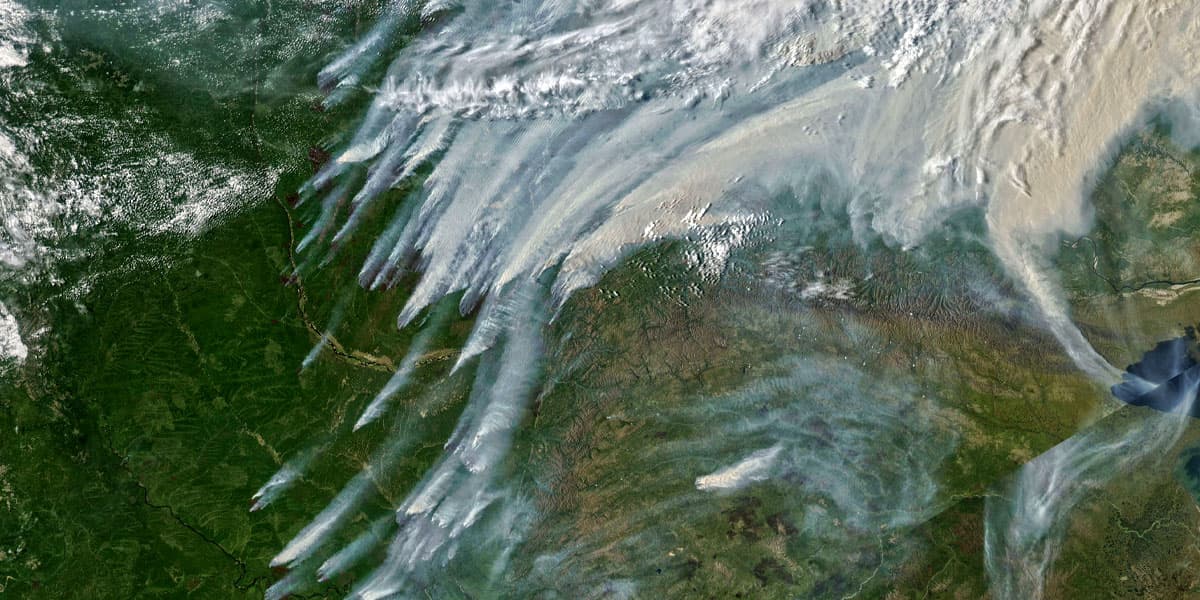 Going Up in Smoke

One region in Siberia released as much CO2 as Germany does in a year.

One region in Siberia released as much CO2 as Germany does in a year.

Wildfires are raging across the entire globe right now, producing unprecedented amounts of greenhouse gases. That's bad news for the health of our planet — and unquestionable proof that climate change is leaving visible, permanent scars on the environment.

This year's wildfires season has already been unprecedented, and it's not over yet. According to the Copernicus Atmospheric Monitoring Service (CAMS), wildfires in the Sakha Republic in Siberia alone released almost 800 million metric tons of CO2, almost the same as the annual emissions of Germany.

"The increase in the total estimated fire emissions in the Sakha region has been almost double the total from last year – which itself was a record annual total in our fire emissions dataset, going back to 2003," Mark Parrington, a senior scientist at CAMS, said in a statement.

All of the smoke is now making its way across the Atlantic Ocean and are reaching North America, wreaking havoc on boreal forests.

Smoke reaching the edge of the Arctic Ocean isn't unheard of, but large smoke plumes are now directly moving over the North Pole, shocking climate scientists, according to National Geographic.

All that burning vegetation is also causing permafrost, permanently frozen soil, to slowly be stripped away, as National Geographic reports, causing longer-term damage.

Melting ice could have devastating knock-on effects on the globe's climate systems for decades to come, according to experts — and it will take years to find out just how bad the situation has become.

More on wildfires: Astronauts Alarmed by Huge Fires on Surface of Earth