Beating the best players is just the first step. 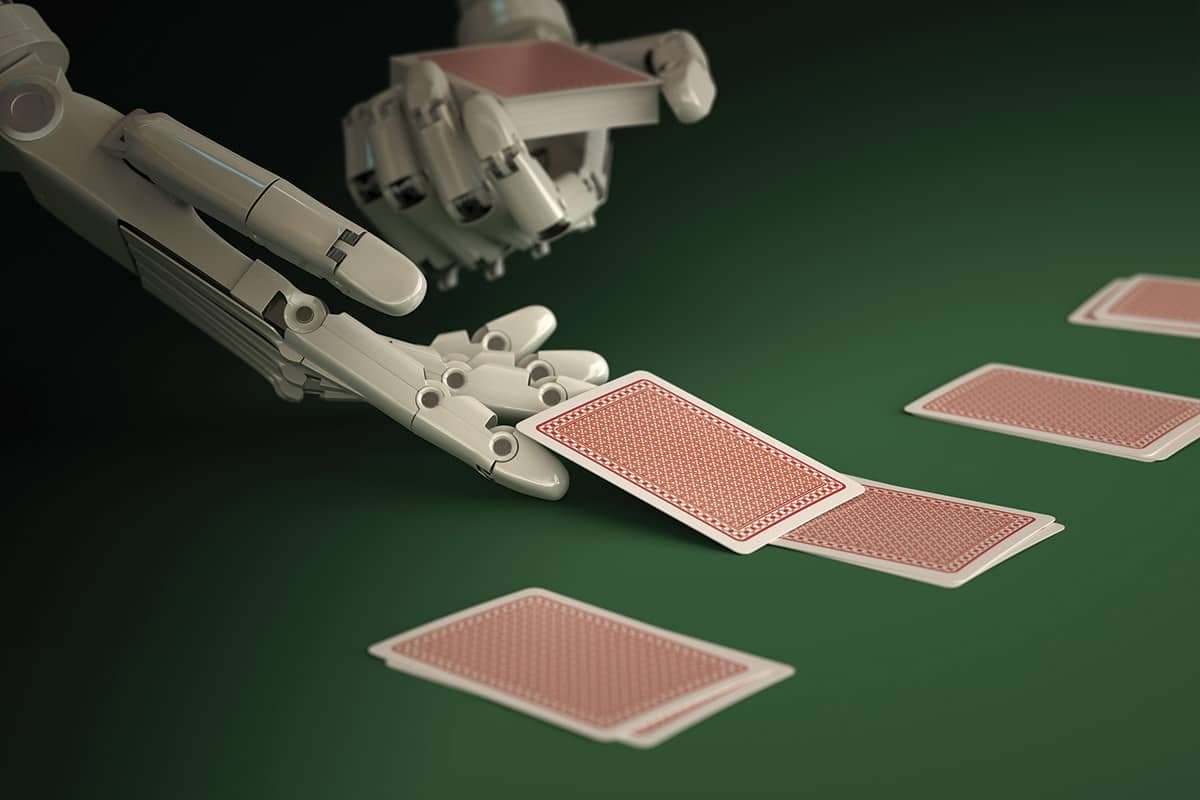 Rise of the (Gaming) Machines

As time progresses, we hear of more and more artificial intelligence (AI) systems being developed that can defeat the world's greatest game players. It's pretty much a constant one-upping of Tall Tales for the information age. But instead of John Henry versus the steam-powered hammer at steel driving, we began our new era in 1997 with Garry Kasparov versus IBM’s Deep Blue at chess.

Since then, more complex AI systems have been able to become the best at a variety of games. IBM's Watson beat Jeopardy! Super-Champions, Ken Jennings and Brad Rutter, and Google's DeepMind beat the world champion of Go. Now, the Libratus AI system is looking to expand this winning streak for his team by taking on some of the greatest human players in a game of Heads-Up No-Limit Texas Hold’em poker.

The demands of a game like poker are quite different from the likes of chess or Go. The latter games are called perfect-information games. In other words, each player knows the moves being made and can extrapolate information using a finite set of remaining moves and potential outcomes. Conversely, poker is an imperfect-information game, with more possible hand configurations than there are atoms in the universe.

The developing team, out of Carnegie Mellon University, are focusing on information sets of known and unknown variables. The system is built with the goal of achieving the Nash Equilibrium. In this concept, each player is assumed to know the strategies of the other players, and no player has anything to gain by changing only his or her strategy. Therefore, as Professor Tuomas Sandholm, one of the system's creators, puts it, “In these two-player zero-sum games, if the other player doesn’t play a Nash equilibrium strategy, that means they are playing worse, and we are making more money. In such games, playing Nash equilibrium is safe. It has the flavor where it plays rationally and is not exploitable anywhere.”

The matches are currently set to take place beginning on January 11 at the Rivers Casino in Pittsburgh, Pennsylvania. Libratus will go up against four of the world's poker pros to win a cut of the $200,000 prize pot.

Bringing the best game players in the world down a peg is not the final goal for these developments, though. Creating a system of AI that can successfully master imperfect information games has wide-reaching implications across a variety of fields. “Most real-world interactions include multiple parties and incomplete information,” says Sandholm. Having systems that can successfully navigate these interactions will help to develop the technology further for more critical applications.

Sandholm foresees similar automated systems as being able to participate in complex negotiations, go toe to toe with nefarious hackers, and even fight disease. “We’ve been looking at auto-immune diseases and cancer, steering one’s own immune system to better battle disease at hand,” he explained. “The T-cell is not really an opponent, but you can deal with them using these techniques.”

If you're curious as to how Libratus fares in the coming matches, they will be made available on the gamecasting site Twitch throughout the course of the tournament.