In a demonstration, a robotic hand could feel hot and cold, and perform sign language. 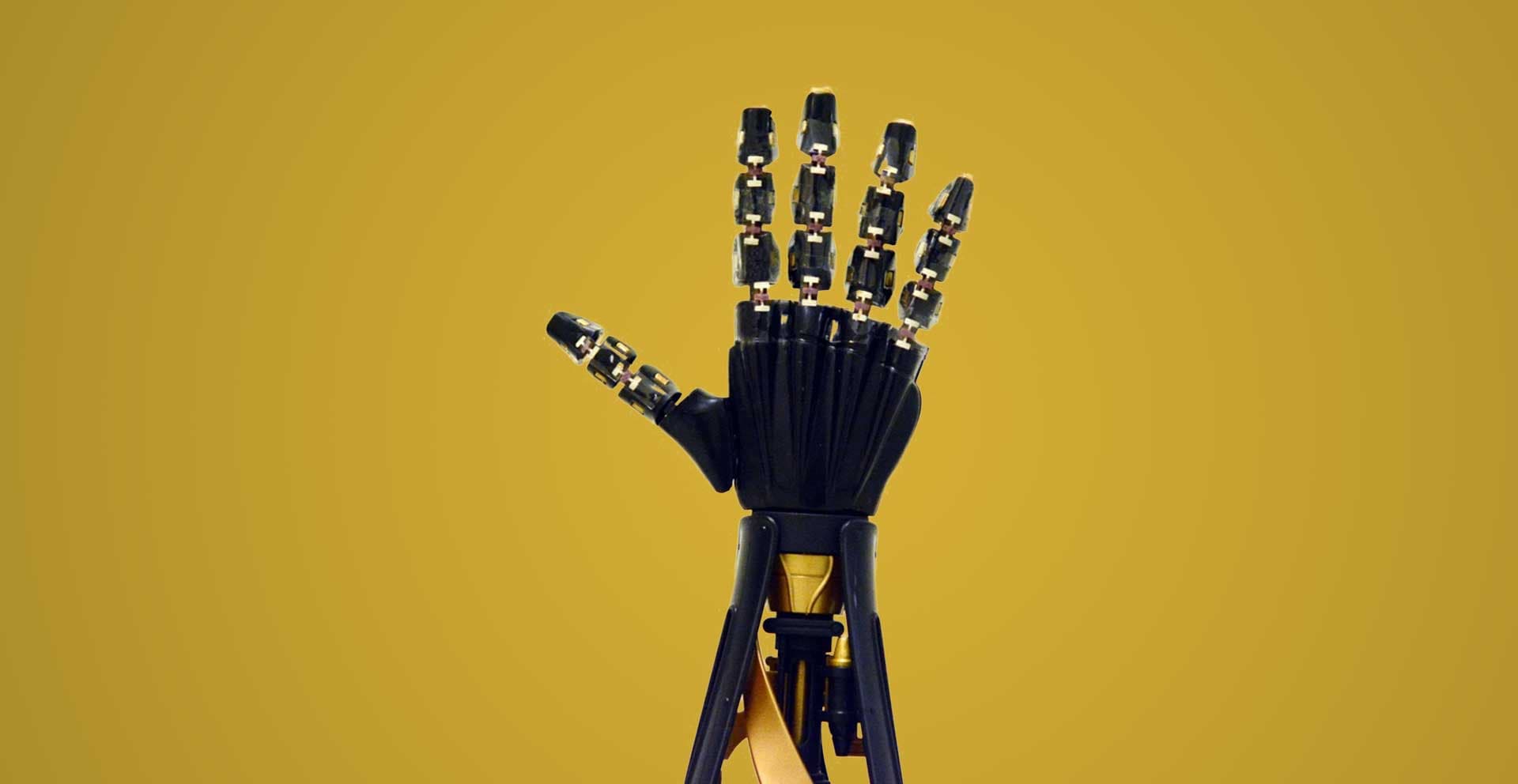 Image by University of Houston

You Got the Touch

A team of researchers from the University of Houston have created a new type of "skin" that allows robotic limbs to feel hot and cold. While still in development, it could potentially give those with prosthetic limbs the ability to feel again, as well as lead to more advanced medical equipment.

Assistant Professor of mechanical engineering Cunjiang Yu and his team worked on the project, with their findings published in the journal Science Advances.

As the team explains, most semiconductors — both organic and inorganic — are mechanically nonstretchable, which makes this discovery all the more impressive. Their research has produced "the first semiconductor in rubber composite format that enables stretchability without any special mechanical structure," said Yu.

The artificial skin was made using a silicon-based polymer known as polydimethylsiloxane, or PDMS, and a hardened material made from small nanowires that's capable of transporting an electrical current. The team's process is relatively easier and more stable than a process using traditional semiconductors, which are brittle and more complicated to work with.

In a demonstration to show its effectiveness, the robotic hand covered in the skin was able to sense hot and iced water temperatures. Another test had the hand receive computer signals, which it then translated into American Sign Language.

The artificial skin is just one way to use the material. As work on the stretchable electronic progresses, its expected to be able to positively impact the development of other wearable electronics, eventually leading to more sophisticated health monitors, surgical gloves, medical implants, and human-machine interfaces.

Read This Next
Diner Drama
People Furious at Robot Serving Pancakes at Denny's
Skin Deep
Scientists Invent Artificial Skin That Can Feel Pain
Robot Violence
YouTube Accidentally Removed Robot Battle Videos for "Animal Cruelty"
Buzz Off
Tiny Spies: This Insect-Like Flying Robot is Smaller Than a Penny
Automating Gym Class
Toyota's Basketball Robot Can Nail Three-Pointers
More on Robots & Machines
FROM THE DEPT. OF...
Yesterday on futurism
The Best Rechargeable Batteries in 2023
From the Dept. of...
Yesterday on futurism
The Best Exercise Bikes of 2023
It's Nothing Pers...
Thursday on the byte
Scientists Create Shape-Shifting Robot That Can Melt Through Prison Bars
READ MORE STORIES ABOUT / Robots & Machines
Keep up.
Subscribe to our daily newsletter to keep in touch with the subjects shaping our future.
+Social+Newsletter
TopicsAbout UsContact Us
Copyright ©, Camden Media Inc All Rights Reserved. See our User Agreement, Privacy Policy and Data Use Policy. The material on this site may not be reproduced, distributed, transmitted, cached or otherwise used, except with prior written permission of Futurism. Articles may contain affiliate links which enable us to share in the revenue of any purchases made.
Fonts by Typekit and Monotype.