"It would be the moment when human culture goes interstellar." 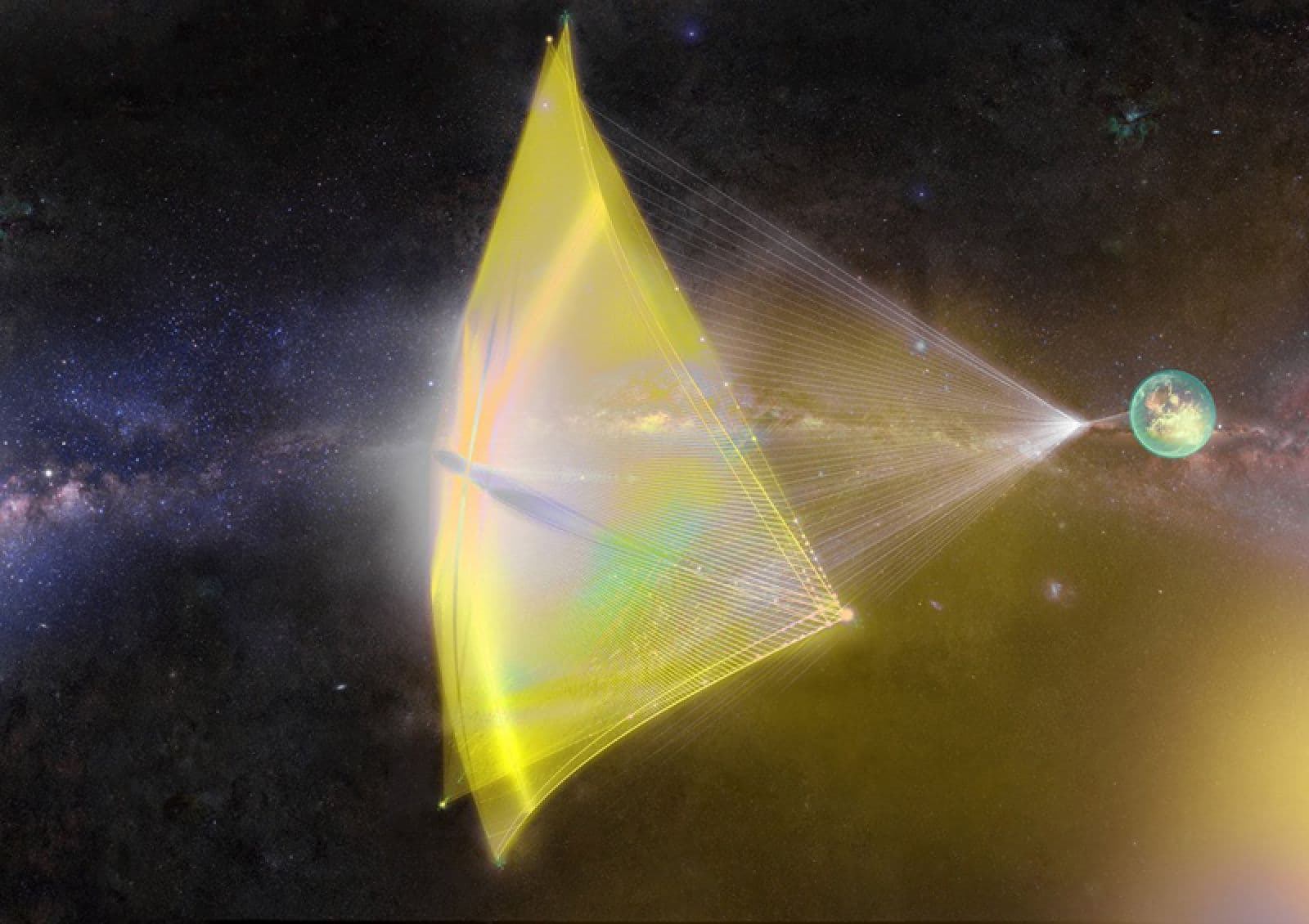 Stephen Hawking isn't content to just warn humanity about its dwindling potential for longterm survival — he's determined to do something about it. In April 2016, the renowned physicist announced he was developing a spacecraft that could facilitate moving our species to a "second Earth." This proposed spacecraft, named Star Chip, is part of an initiative called the Breakthrough Starshot.

While speaking at the Starmus Festival in Trondheim, Norway, this week, Hawking explained why his work is more important now than ever. He told the audience that he's convinced we need to leave the Earth and migrate to a second planetary home. Building a base on the Moon by 2020 to serve as a jumping off point and finishing Star Chip as soon as possible are two important steps to making this happen.

This small space probe would be equipped with a lightsail weighing just a few grams. Powered by an array of Earth-based lasers, Star Chip would travel "on a beam of light," reaching about a fifth of the speed of light, roughly 160 million k/h (100 million mph), on its journey to the Alpha Centauri solar system.

According to the Independent, Hawking told the audience what he thought his tiny space probe could achieve:

Such a system could reach Mars in less than an hour, reach Pluto in days, pass Voyager in under a week, and reach Alpha Centauri in just over 20 years. Once there, the nano craft could image any planets discovered in the system, test for magnetic fields and organic molecules, and send the data back to Earth in another laser beam. This tiny signal would be received by the same array of dishes that were used to transit the launch beam.

Since it could reach Alpha Centauri, it could make a fly-by to Proxima b, the exoplanet many consider the most similar to Earth. Star Chip would complete a true interstellar itinerary but without humans on board:

Of course, this would not be human interstellar travel, even if it could be scaled up to a crewed vessel. It would be unable to stop. But it would be the moment when human culture goes interstellar, when we finally reach out into the galaxy. And if Breakthrough Star Shot should send back images of a habitable planet orbiting our closest neighbor, it could be of immense importance to the future of humanity.

This is all very long-term thinking, with Hawking predicting humans wouldn't be ready for interstellar travel for at least two more centuries. However, any knowledge we could glean from Star Chip's mission could help us understand the nature of space, and perhaps help us find a new home before the "doomsday" Hawking predicts will befall humanity just 100 years from now. It's worth a shot.

Read This Next
See Ya Later
Scientist Proposes Using Entire Planet as Spaceship to Different Star System
Psst
A Very Strange Radio Signal Is Coming From the Closest Star
Futurism
“Magnetic Sails” May be the Key to Interstellar Spacecraft
Futurism
Hawking's Institute Is Using a Supercomputer to Uncover the Nature of Space and Time
Futurism
One Scientist Has a Plan to Send the Building Blocks of Life to Distant Exoplanets
More on Off World
Infra-Red Alert
Yesterday on the byte
James Webb Reveals Mysteriously Powerful "Engine" of Two Merging Galaxies
Die to Fight Anot...
Yesterday on the byte
Mysterious Russian Satellite Explodes
Heavy Metal
Tuesday on the byte
NASA Mars Rover Finds Metallic Object That Smashed Down on Surface
READ MORE STORIES ABOUT / Off World
Keep up.
Subscribe to our daily newsletter to keep in touch with the subjects shaping our future.
+Social+Newsletter
TopicsAbout UsContact Us
Copyright ©, Camden Media Inc All Rights Reserved. See our User Agreement, Privacy Policy and Data Use Policy. The material on this site may not be reproduced, distributed, transmitted, cached or otherwise used, except with prior written permission of Futurism. Articles may contain affiliate links which enable us to share in the revenue of any purchases made.
Fonts by Typekit and Monotype.