The First Flowers Are Blooming Aboard the International Space Station 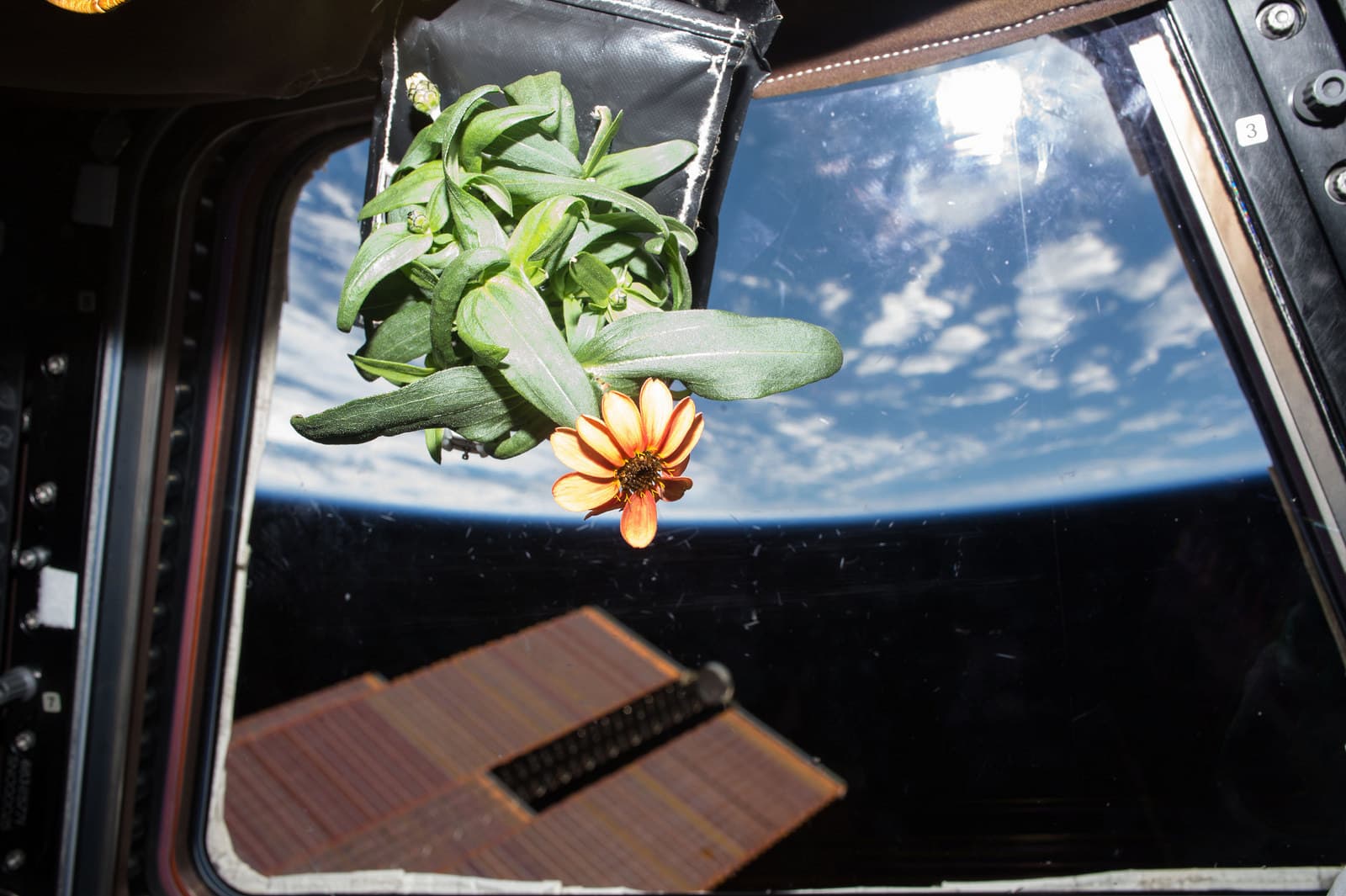 NASA astronaut and Expedition 46 Commander Scott Kelly has shared the first photos of his Zinnias, grown aboard the International Space Station (ISS).

Kelly isn't gardening aboard the ISS for fun, although he does seem to be enjoying it. The project is part of the Vegetable Production System (Veggie), started by NASA.

This deployable plant growth unit allows the crew of the ISS to produce food, and offers them a relaxing recreation activity.

In 2015, the ISS crew cultivated and ate space grown romaine lettuce. “It was one small bite for man, one giant leap for #NASAVEGGIE and our #JourneytoMars. #YearInSpace,” tweeted Kelly last August.

It was one small bite for man, one giant leap for #NASAVEGGIE and our #JourneytoMars. #YearInSpace https://t.co/B7Gkfm1Vz0

You might not expect it, looking at the gorgeous orange blooms, but Kelly encountered numerous challenges during the course of the Zinnia experiment.

Just last month, Kelly even found traces of mold on the plants.

The plants survived thanks to Kelly, who requested permission to take personal change of caring for them. This meant he no longer had to ask Mission Control for guidance every step of the way.

Acting on his own, Kelly replaced the long, detailed manuals on Veggie-care with a one-page guide dubbed “The Zinnia Care Guide for the On-Orbit Gardener."

Not long after, Kelly tweeted, “Some of my space flowers are on the rebound! No longer looking sad!”

Kelly was so thrilled that he moved the plants out of the LED lighting in the chamber and into the natural sunlight coming through the windows of the ISS.

The Importance of Gardening in Space

Kelly is now on the final leg of his historic “1 Year ISS Mission” aboard the outpost, and he is conducting hundreds of experiments aimed at paving the way for multi-year expeditions to Mars.

Learning to grow edible food in microgravity is vital to any future missions to The Red Planet. This invaluable experience for both scientists and astronauts is a defining moment in research for future deep space human expeditions planned for NASA’s “Journey to Mars” initiative.