Combining protective gear with batteries would lighten each solider's load. 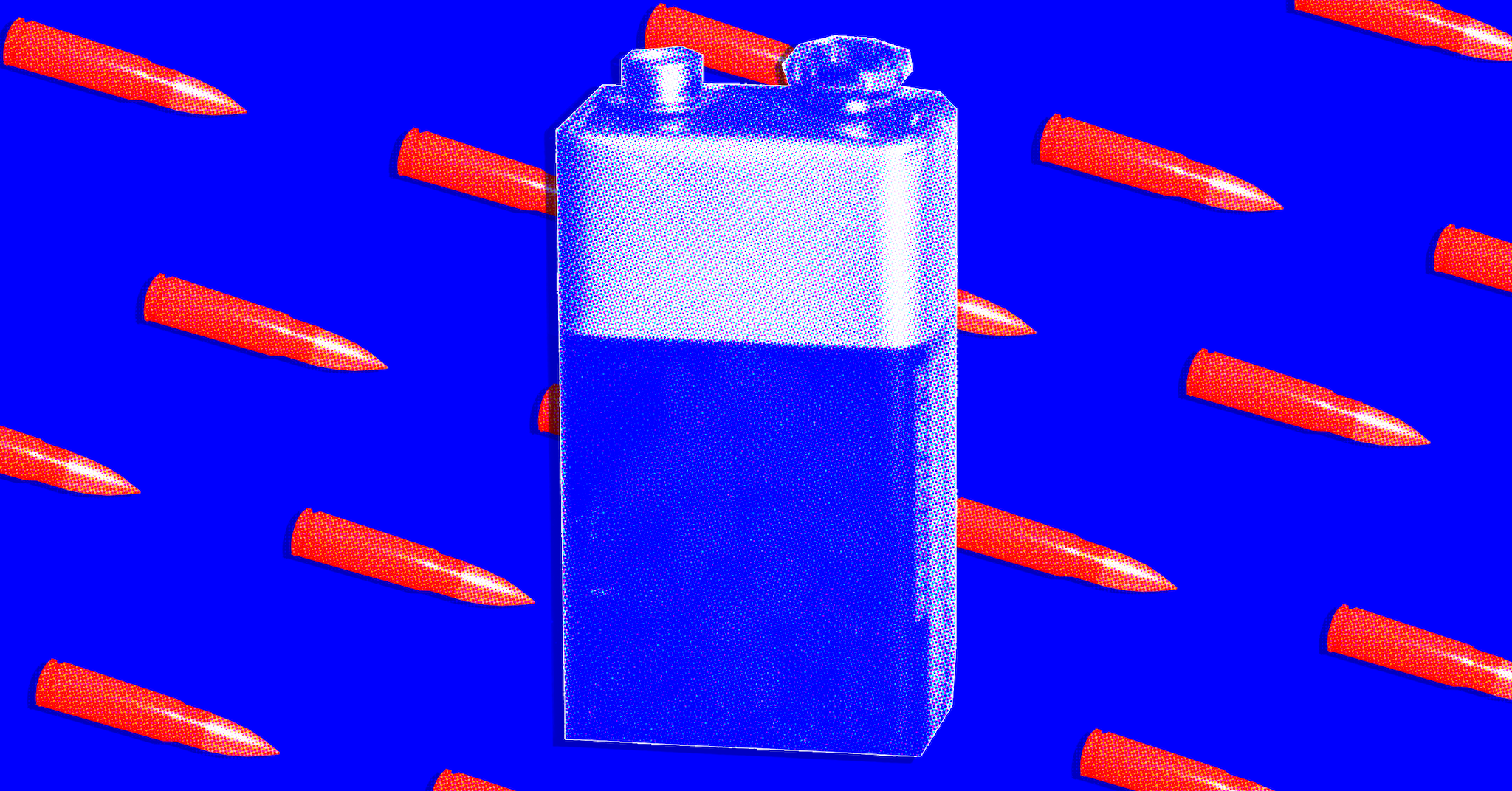 Who knew foot soldiers hauled around so many batteries? The average GI carries 18 pounds of the little power cells every day, which is just two pounds shy of how much protective gear they’re wearing. But if the batteries became the protective gear, that would be a literal weight off soldiers' backs. Gabriel Veith at the Oak Ridge National Laboratory is looking into how to make protective batteries for men and women in fatigues, according to New Scientist.

His prototypes so far are just normal battery packs, but with a little silica injected into them. The additional nanoparticles don’t impact the battery’s fluid electrolytes until the battery is mechanically shocked — you know, the kind of disturbance a bullet might make. On impact, the silica and electrolytes become solid, which should stop the bullet from going any farther.

Veith and his research team have proven this works in small batteries, but have yet to scale up to ones that would cover a fair amount of skin. Soldiers already wear batteries of this size now, but they can be a safety hazard. If struck with a bullet in the wrong place, the batteries can leak or explode.

In fact, if these durable batteries were available, it would almost guarantee that they wouldn’t get thrown out (the military specifically asked that they also be rechargeable). And the less toxic waste the military leaves behind, the better. The government branch is one of the nation’s largest polluters. Even worse, they often outsource clean-up to contractors without much oversight, meaning sites are often not cleaned to standards or cleaned up at all, as ProPublica reports. What waste military does handle themselves is often burned.

The Department of Defense recognizes that climate change is a problem, and that it might also start to impact what the job entails – like navigating food shortages. Perhaps the push for reusable, durable batteries shows they’re also hoping to cut down on the way they’ve advanced climate change, too.

Read This Next
Foolproof Plan
Experts Are Horrified by the Military's Portable Nuclear Reactor
Futurism
Here's What the Experts Make of Trump Removing Climate Change from the National Security Strategy
Futurism
Renewables Are Keeping the Air Force Energized in Field Environments
Futurism
The US Military Is Making Biodegradable Ammo That Turns Into Flowers
More on Earth & Energy
Stem Ware
Friday on the byte
Scientists Discover World's Oldest Preserved Vertebrate Brain
From Bad to Worse
Thursday on the byte
Global Warming Is Worse Than We Thought, AI Tells Scientists
RIP Fred
Thursday on the byte
Instead of Predicting Length of Winter, Groundhog Simply Dies
READ MORE STORIES ABOUT / Earth & Energy
Keep up.
Subscribe to our daily newsletter to keep in touch with the subjects shaping our future.
+Social+Newsletter
TopicsAbout UsContact Us
Copyright ©, Camden Media Inc All Rights Reserved. See our User Agreement, Privacy Policy and Data Use Policy. The material on this site may not be reproduced, distributed, transmitted, cached or otherwise used, except with prior written permission of Futurism. Articles may contain affiliate links which enable us to share in the revenue of any purchases made.
Fonts by Typekit and Monotype.