These Sensors Monitor Brain Injury and Then Dissolve 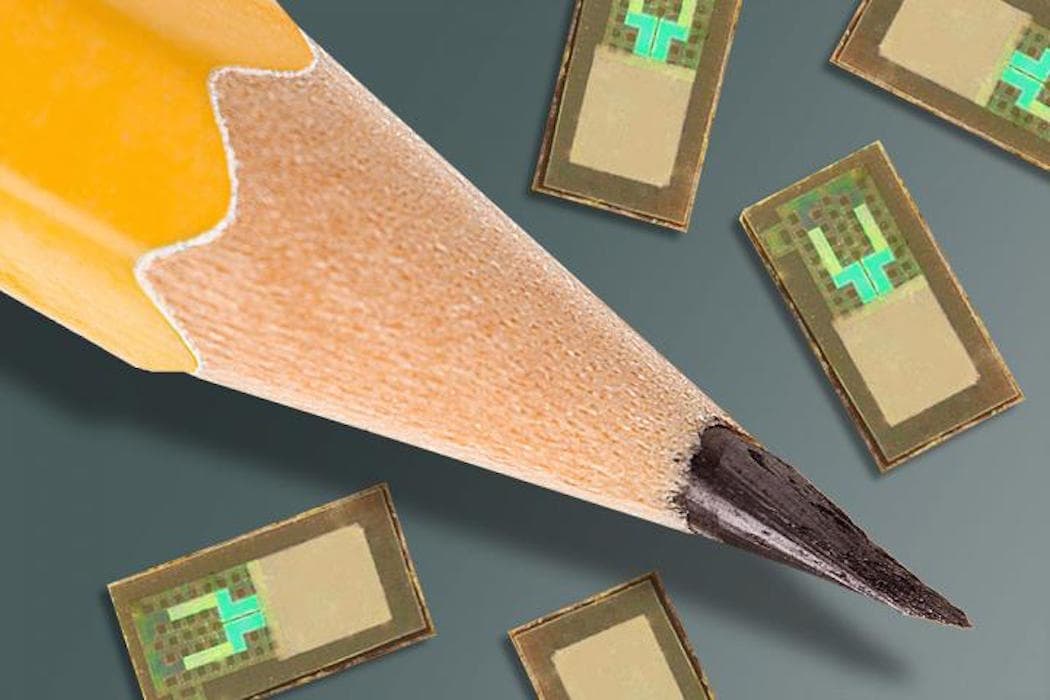 A team of neurosurgeons and engineers from the from Washington University School of Medicine and University of Illinois have managed to develop a wireless brain sensor that can be implanted into your body and, when it is finished with its work, be absorbed by your the body.

Once implanted, the technology can effectively monitor intercranial pressure as well as temperature, and it slowly dissolves over time. Ultimately, this means that you won't have to worry about things like your body attacking the tech as a foreign invader or having to undergo another invasive procedure.

“…[A] major hurdle has been that implants placed in the body often trigger an immune response, which can be problematic for patients." explains Rory K.J. Murphy, MD, co-first author of the study from the Washington University School of Medicine.

He continues, "the benefit of these new devices is that they dissolve over time, so you don't have something in the body for a long time period, increasing the risk of infection, chronic inflammation and even erosion through the skin or the organ in which it's placed."

Murphy lauds the benefits of this new development, adding that "using resorbable devices negates the need for surgery to retrieve them, which further lessens the risk of infection and further complications,"

The device is made mostly of polylactic-co-glycolic acid (PLGA) and silicone, and has been proven to accurately transmit critical data from patients with head trauma.

There are about 50,000 people who die of brain injuries in the United States alone. For all cases, doctors are required to measure intracranial pressure in the brain skull with precision, as any increase may lead to further brain injury.

To date there is no way to reliably estimate pressure levels from brain scans or a patient’s clinical features.

"However, the devices commonly used today are based on technology from the 1980s," Murphy explained. As a result, they are rather cumbersome: "They're large, they're unwieldy, and they have wires that connect to monitors in the intensive care unit. They give accurate readings, and they help, but there are ways to make them better."

Typically, physicians use medication to decrease pressure inside the skull. When this doesn’t work, patients then undergo surgery. This new device can simply be implanted into the brain at multiple locations during operations.

After the critical period that needs to be tracked accurately passes, the device will simply dissolve and disappear.

Researchers have since tested the sensors in saline solutions, which dissolved in a few days.

This was followed up by a test that saw the device implanted in the brains of laboratory rats where they studied both the accuracy of the sensors and its ability to dissolve upon implanting.

Currently, they are making plans to test the sensors in human patients.

Read This Next
Futurism
DARPA's New Sensor Can Work for Years With Almost No Power
More on Hard Science
Tractor Beam
Yesterday on the byte
Scientists Build Working Tractor Beam, Although It's Comically Tiny
Having a Blast
Jan 18 on the byte
New Study Shows Where You Should Hide to Survive a Nuclear Attack
Offworld Amino
Jan 15 on the byte
Scientists Find Building Blocks of Life in Meteor That Smashed Into Family's Driveway
READ MORE STORIES ABOUT / Hard Science
Keep up.
Subscribe to our daily newsletter to keep in touch with the subjects shaping our future.
+Social+Newsletter
TopicsAbout UsContact Us
Copyright ©, Camden Media Inc All Rights Reserved. See our User Agreement, Privacy Policy and Data Use Policy. The material on this site may not be reproduced, distributed, transmitted, cached or otherwise used, except with prior written permission of Futurism. Articles may contain affiliate links which enable us to share in the revenue of any purchases made.
Fonts by Typekit and Monotype.