Privacy advocates are stunned that the program "was allowed to run for even a single day." 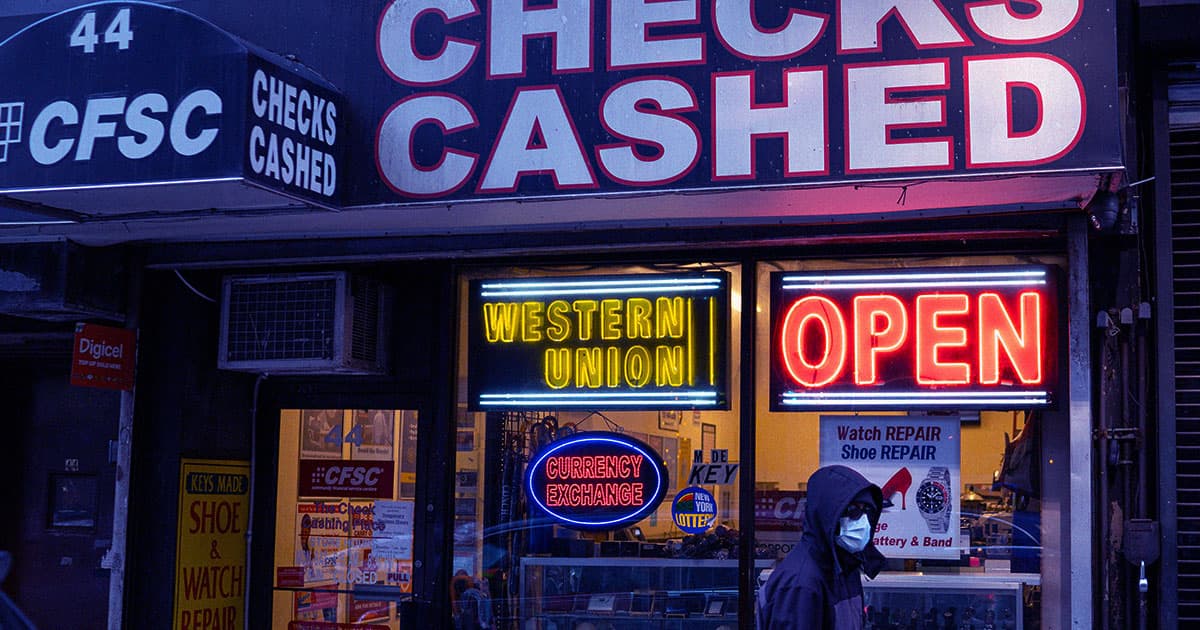 A number of US government agencies have been collecting detailed money transfer records of Americans without a warrant, according to a shocking new report by The Wall Street Journal.

US Immigration and Customs Enforcement (ICE) has been spying on money transfers of over $500 sent to or from Mexico, according to a letter sent to the Department of Homeland Security's (DHS) inspector general by Senator Ron Wyden (D-OR).

To critics, it's a potentially unconstitutional overreach of government and infringement on civil liberties, disproportionally targeting low-income and immigrant communities. To those involved in the program, it's a way to fight organized crime.

The program has apparently been operating covertly since at least 2010 at the behest of the Arizona attorney general’s office — allegedly an effort to crack down on money laundering schemes — but came into the limelight after Wyden contacted the DHS last month.

"Given the many serious issues raised by this troubling program, I request that you investigate the program’s origins, how the program operated, and whether the program was consistent with agency policy, statutory law, and the Constitution," Wyden wrote in his letter, as quoted by the WSJ.

ICE was reportedly spying on dozens of money transfer services such as Western Union, not banks, for the program. The nonprofit Transaction Record Analysis Center (TRAC) was created back in 2014 to monitor for money laundering activities and has since shared data with hundreds of agencies, from the local to federal level, according to the report.

The information was used by ICE to track Mexican drug smugglers, among other targets, while the US Customs and Border Protection agency used the data to vet foreigners entering the country.

"This dragnet surveillance program from the Department of Homeland Security is illegal, and it is stunning that it was allowed to run for even a single day," Wesller told BuzzFeed News. "Despite a total lack of individualized suspicion, and based only on the happenstance of living in a southwestern state, details of a huge number of people’s private financial transactions with family members and others were funneled straight to the government."

People involved with the program, however, claim it's in the public interest.

"Western Union works with law enforcement to comply with valid subpoenas and other legitimate requests," a company spokeswoman told the WSJ. "We are also committed to protecting the personal data of our customers and take our obligations regarding privacy very seriously."

A spokeswoman for the office of Arizona attorney general Mark Brnovich told the paper that TRAC was monitoring money transfers to "combat human and drug trafficking."

At the end of the day, though, it's still a highly controversial US government surveillance program that was actively being hidden from public scrutiny. To Wyden, companies like Western Union "utterly failed to protect the privacy of their already at-risk customer base," as he wrote in his letter.

Therefore, he said, government agencies "should focus their resources on individuals actually suspected of breaking the law."

More on surveillance: Apple Employees Are Unionizing and They're Using Android Phones to Keep Apple From Spying on Them

Read This Next
Feds Watchin
The Head of the CIA Says It's Been Doing Mysterious Cryptocurrency Work
On Ice
Apple Is Delaying Plans to Scan Phones for Child Abuse Material
TeenCam
Chicago is Making Teens Wear Ankle Monitors That Record Audio
Sleep Tight
Airbnb Hosts Are Spying on Guests With Hidden Cameras
Unethical Teamwork
Americans Built Tech for China's Sinister "Re-Education Camps"
More on Future Society
Rough
Yesterday on futurism
Elon Musk's Twitter Is Reportedly Failing Miserably to Contain Horrific Child Abuse Content
YouTube Propaganda
Yesterday on the byte
Experts Say There's Something Very Weird About North Korean YouTubers
Bird Crap
Feb 4 on the byte
It Looks Like Elon Musk Is Actually Building a Twitter Payment Platform
READ MORE STORIES ABOUT / Future Society
Keep up.
Subscribe to our daily newsletter to keep in touch with the subjects shaping our future.
+Social+Newsletter
TopicsAbout UsContact Us
Copyright ©, Camden Media Inc All Rights Reserved. See our User Agreement, Privacy Policy and Data Use Policy. The material on this site may not be reproduced, distributed, transmitted, cached or otherwise used, except with prior written permission of Futurism. Articles may contain affiliate links which enable us to share in the revenue of any purchases made.
Fonts by Typekit and Monotype.