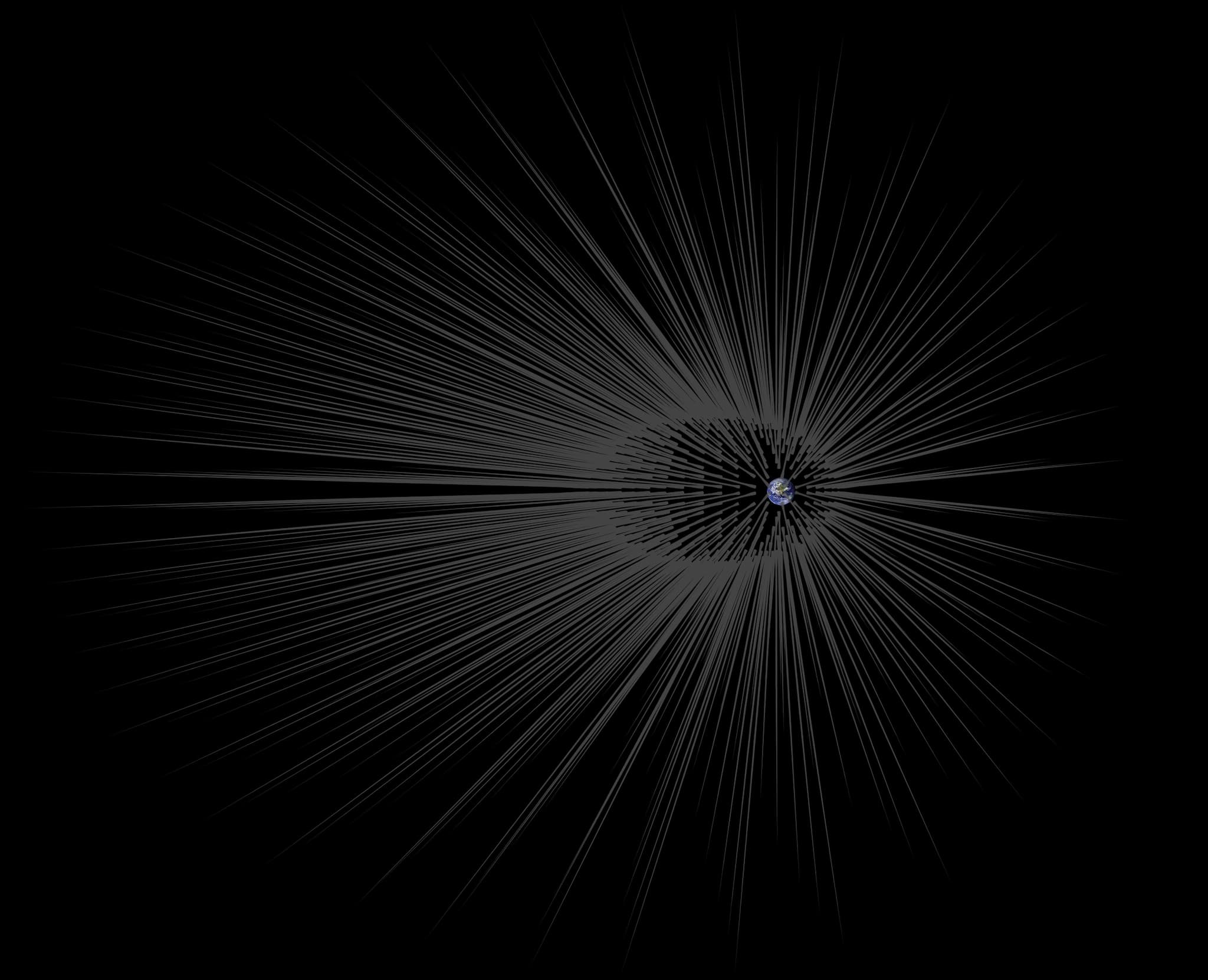 Scientists have long hunted for the mysterious and elusive material known as "dark matter," the invisible substance that makes up much of the known universe and is detected only by its gravity. The discovery of this material could lead to greater understanding of the underlying physics of our universe.

In a new study, astronomers have suggested a way that we might finally find it.

The team suggest that fine-grained dark matter streams crisscross throughout the Universe. The author of the study, Gary Prézeau from NASA’s Jet Propulsion Laboratory in Pasadena, California,  described the dark matter hairs in a statement, asserting that "a stream can be much larger than the solar system itself, and there are many different streams crisscrossing our galactic neighborhood."

Strewn Across the Universe

Using computer simulations, Prézeau found that, when dark matter streams pass through bodies like Earth, the world’s gravity can bend the streams into narrow hairs, forming dense roots and diffuse tips. Notably, dark matter doesn't interact much with normal matter, which is partially why it is so hard to find. As a result, the mysterious stuff can zoom through planets' interiors.

The study, published in The Astrophysical Journal, indicates that larger bodies like the Earth should cause corresponding bends or "kinks" in these dark matter hairs that correspond to the different layers and densities of the body in question, which researchers could also put to use. "Theoretically, if it were possible to obtain this information, scientists could use hairs of cold dark matter to map out the layers of any planetary body, and even infer the depths of oceans on icy moons," NASA officials wrote

As an important aside, dark matter is thought to be "cold" in that it doesn't seem to move around very much.