“I’ve been looking for a star like this for nearly 40 years and now we have finally found one." 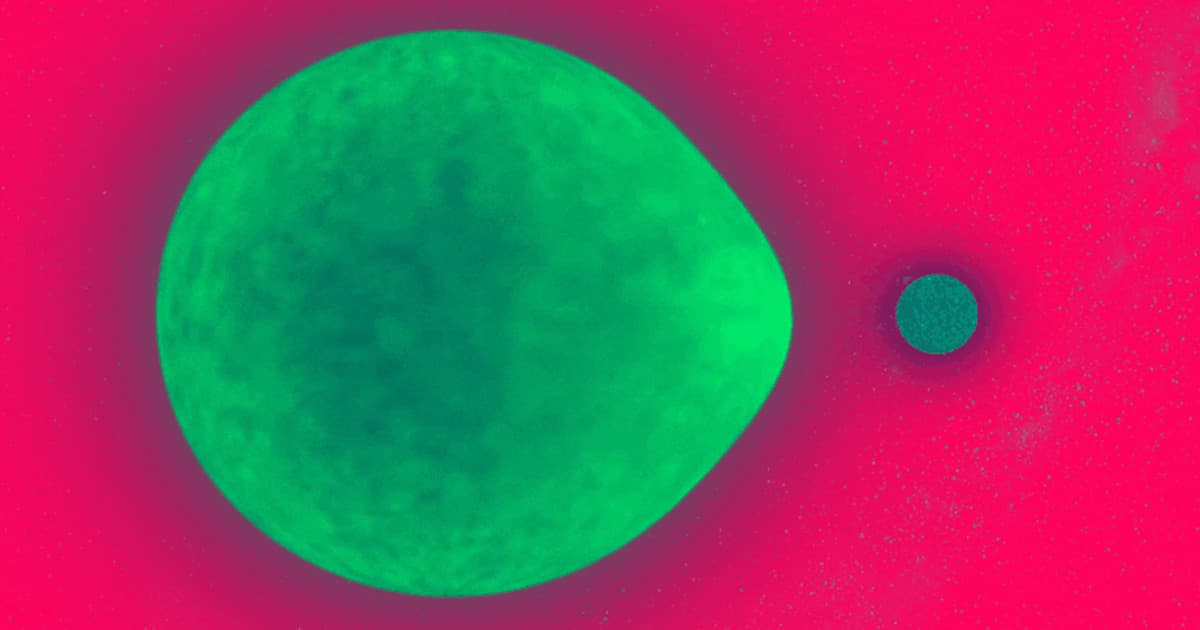 A team of astronomers have discovered a strange star that oscillates in a rhythmic pattern — but only on one side, causing gravitational forces to distort it into a teardrop shape.

"We’ve known theoretically that stars like this should exist since the 1980s," said professor Don Kurtz from the University of Central Lancashire and co-author of the paper published in Nature Astronomy on Monday, in a statement. "I’ve been looking for a star like this for nearly 40 years and now we have finally found one."

The star, known as HD74423, is about 1.7 times the mass of the Sun and was spotted around 1,500 light years from Earth — still within the confines of the Milky Way — using public data from NASA's planet-hunting TESS satellite.

“What first caught my attention was the fact it was a chemically peculiar star," said co-author Simon Murphy from the Sydney Institute for Astronomy at the University of Sydney in the statement. "Stars like this are usually fairly rich with metals – but this is metal poor, making it a rare type of hot star."

Stars have been found to oscillate at different rhythms and to different degrees — including our own Sun. Astronomers suspect they're caused by convection and magnetic field forces inside the star.

While the exact causes of these pulsations vary, these oscillations have usually been observed on all sides of the star. HD74423, however, was found to pulsate on only one side because of its red dwarf companion with which it makes up a binary star system.

They were found to do such a close dance — an orbital period of just two days — that the larger star is being distorted into a teardrop shape.

The astronomers suspect it won't be the last of its kind to be discovered.

"We expect to find many more hidden in the TESS data," said co-author Saul Rappaport, a professor at MIT.

READ MORE: Astronomers Have Found a Peculiar New Type of Star That Only Pulses on One Side [Science Alert]