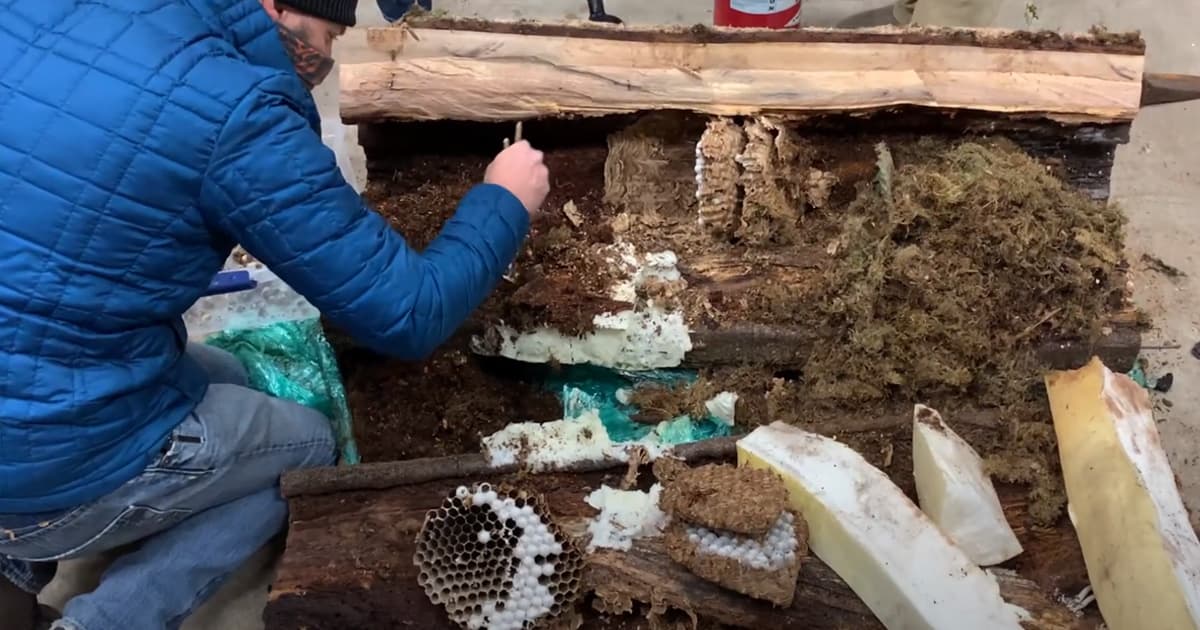 Signs of the aggressive insect, formally known as the Asian giant hornet, were first spotted in the Pacific Northwest back in December 2019, but only dead hornets were found at the time. Five months later, Washington state officials spotted the wasps emerging from hibernation, ringing alarm bells and making headlines.

Last month, an entire murder hornet nest was spotted north of Seattle, near the Canadian border. And there's more bad news: according to the Washington State Department of Agriculture, an investigation of the nest found 500 live specimen in various stages of development, ABC News reports — including an astonishing 200 queens. That's bad news, since each one of those 200 queens has the potential to start its own nest somewhere else.

"As far as we can tell, we got there just in time," Sven-Erik Spichiger, entomologist, who is leading the charge against the invasive species, told ABC. "We know from the literature that a small percentage of these will go on to form colonies next year, should they have been given the chance to escape."

The two inch long killers can pose a real threat to bee populations around the country. They're able to eviscerate beehives in mere hours, decapitating the gentle honeybees and feeding the corpses to their own offspring.

And yes, their stings hurt like hell, but they aren't deadly to humans unless you go into anaphylactic shock after being swarmed by dozens of them.

The nest also contained 190 larvae, 112 worker bees, and six unhatched eggs. There were another 76 "new virgin queens" as well in their early stages of development.

"From accounts we have, we're very close to having the majority of [the queen bees], but I can't give you an absolute, certainly, that we got every single one from the nest," Spichiger said.

Washington officials have set hundreds of traps to fight the invasive species and eliminate them from the state. It's an uphill battle, though, as bee populations are already in decline.

Luckily, the murder hornets will start to go dormant around Thanksgiving. But if last year is any indication, some of the killers could still be flying until mid-December.

"The more people are outside and looking at this time of year, the more chances we have," Spichiger told ABC.

More on invasive species: Asian Ticks on New Jersey Sheep? Invasive Species Are a Reality of Our Future

Read This Next
Futurism
Fly Creating 'Zombie Bees' Arrive in Canada for the First Time
More on Earth & Energy
That Sssssucks
Yesterday on the byte
Unfortunate Snake Causes Power Outage for 10,000 Homes
Fashion Week
Jul 2 on the byte
Scientists Discover Horrifying Crab That's Covered in "Hair"
Fire Bird
Jul 1 on the byte
Experts Say Birds Are Catching on Fire on Power Lines and Starting Wildfires
READ MORE STORIES ABOUT / Earth & Energy
Keep up.
Subscribe to our daily newsletter to keep in touch with the subjects shaping our future.
+Social+Newsletter
TopicsAbout UsContact Us
Copyright ©, Camden Media Inc All Rights Reserved. See our User Agreement, Privacy Policy and Data Use Policy. The material on this site may not be reproduced, distributed, transmitted, cached or otherwise used, except with prior written permission of Futurism. Fonts by Typekit and Monotype.