Scientists Find Microbe Grows 60% Better in Space Than on Earth

While most grow at normal rates, some bacteria have a surprising response to life on the ISS. 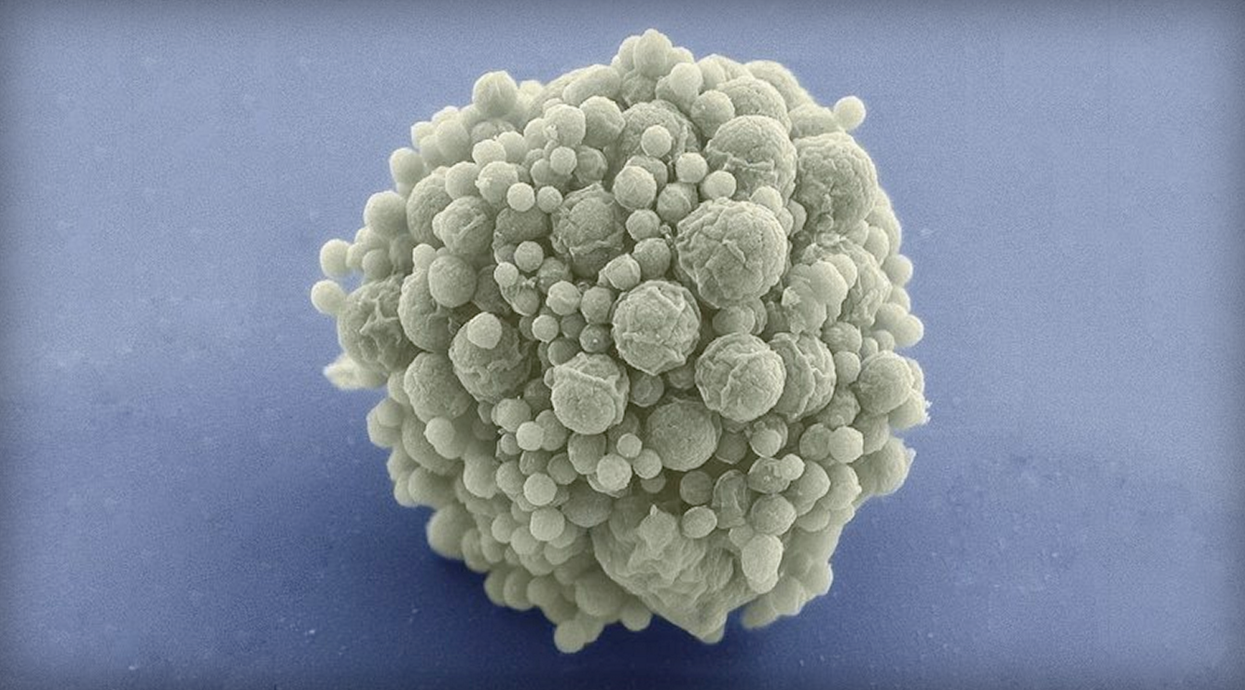 Just Hanging Out on the ISS

Bad news for germaphobic would-be astronauts—scientists have found that a certain strain of bacteria grows about 60% better on the International Space Station than on Earth.

The microbe in question, Bacillus safensis, actually has a long history of space travel. It was first discovered in NASA clean-room facilities in the late ‘90s, and may even have been a stowaway to the Red Planet on the Mars Exploration Rovers Spirit and Opportunity in 2004.

The new findings were part of a citizen science experiment, called Project MERCCURI, in which scientists and members of the public collect microbial samples for transport to the International Space Station to determine how they would grow and develop in low-gravity conditions.

Of course, the ISS is hardly a hostile environment, so the fact that human beings or their microbial commensals would thrive there is not entirely surprising. After all, the old Russian MIR space station was practically crawling with fungi, molds, and bacteria.

“The warm, humid, oxygen-rich environment of the ISS is a far cry from the vacuum of space,” observes Dr. David Coil, of UC Davis, lead author of the research. He also points out that the real importance of the study is that of the 48 strains tested, most grew at normal, pedestrian Earth-rates, with no surprises whatsoever.

It is, however, slightly surprising that certain strains grow better off of planet Earth.

Rather than just a matter of idle curiosity, the study has implications for the future of space travel, and even touches upon larger questions of the origin and spread of life in the universe.

If humankind is really to begin the process of extending its civilization beyond the comforting ambit of our home planet, it’s important to understand not only how human physiology operates during prolonged periods in space, but also how our “microbiome” of parasites, bacteria, viruses and other clingers-on behave in the same environment.

As far as the theory of “panspermia,” the idea that planets can be seeded by dormant organisms from outer space, the discovery—while it says nothing conclusive—is another indication that life can certainly adapt to almost any conditions, including the harsh ones of space.

So just remember to pack hand sanitizer the next time you head to space.

Read This Next
Don't let the door hit you
Elon Musk Lobs Casual Space Station Burn at Moscow
Buh Bye
Russia Says It's Definitely Quitting the ISS But Doesn't Say When Exactly
Don't Let the Door Hit You
Russian Space Chief Leaving Post, May Be Headed to War Zone
Gone Girl
Rumors Swirl That the Deranged Head of the Russian Space Program Is Getting Fired
Virts Ramp
Former NASA Astronaut Says America Should Cut Russia Loose on the Space Station
More on Off World
Drama Bomb
10:21 PM on the byte
European Space Agency Halts Plans to Send Astronauts to Chinese Space Station
Futurism
8:59 PM on the byte
Asteroid Mining Startup About to Launch First Mission
Carry On, Wayward...
3:02 PM on the byte
NASA Says Lucy Spacecraft Will Forge Ahead With Busted Solar Array
READ MORE STORIES ABOUT / Off World
Keep up.
Subscribe to our daily newsletter to keep in touch with the subjects shaping our future.
+Social+Newsletter
TopicsAbout UsContact Us
Copyright ©, Camden Media Inc All Rights Reserved. See our User Agreement, Privacy Policy and Data Use Policy. The material on this site may not be reproduced, distributed, transmitted, cached or otherwise used, except with prior written permission of Futurism. Articles may contain affiliate links which enable us to share in the revenue of any purchases made.
Fonts by Typekit and Monotype.