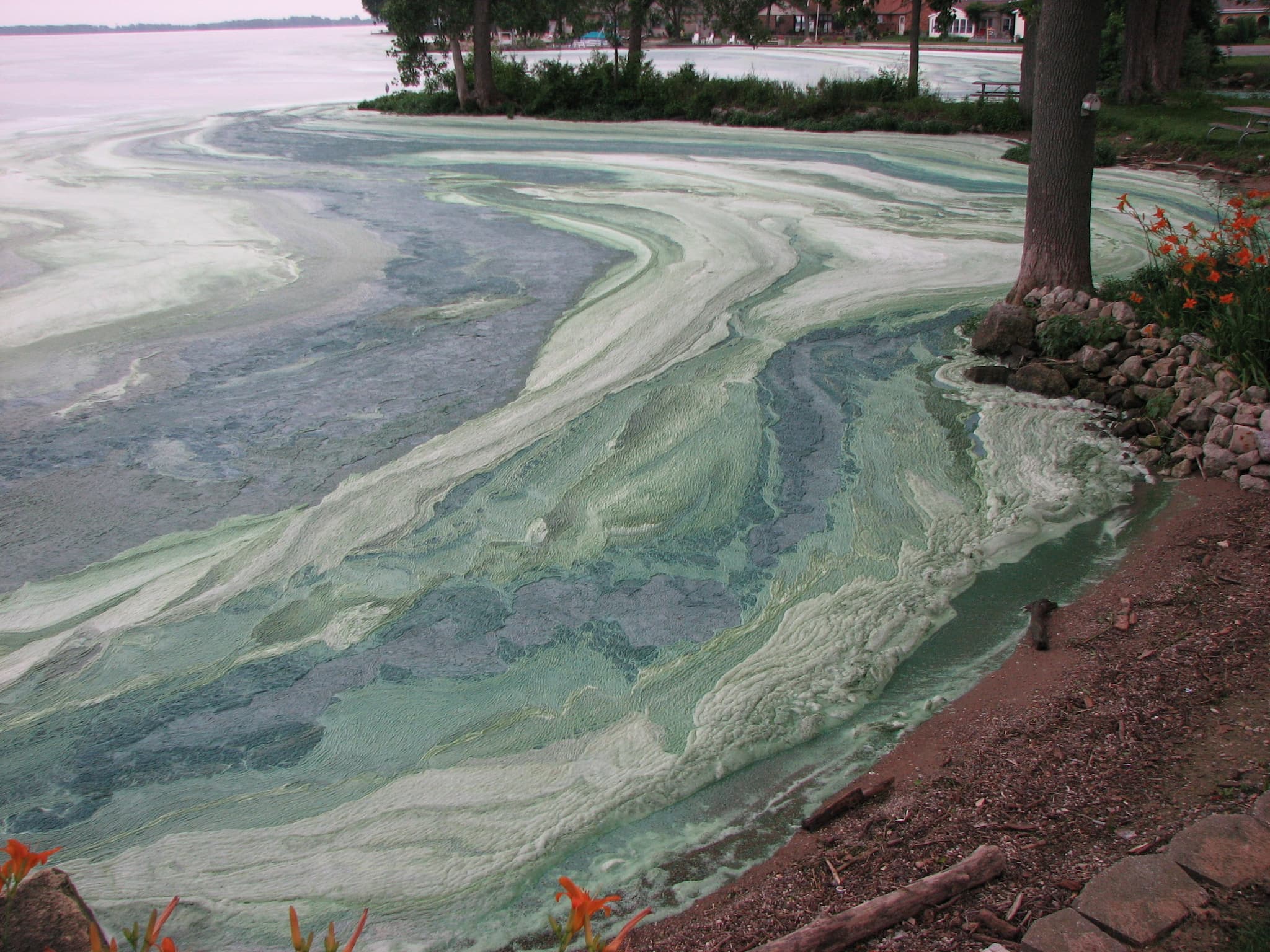 Harmful algal blooms (HAB’s) caused by cyanobacteria severely threaten humans, livestock, and wildlife, leading to illness and sometimes even death. Last August saw a horrible incident where the HAB’s in the water from Lake Erie poisoned the water system in Toledo, Ohio.

In an effort to determine what valuable process these HAB’s could be used for, a small group of scientists began testing whether they could be converted into ‘green’ electrodes for reversible sodium storage in Na-ion batteries. Ultimately the team succeeded in creating electrodes that started out with a high capacity of up to 440 mAh/g. While the electrode suffered from an irreversible capacity loss after the first cycle in this instance, it did demonstrate good capacity retention from the second cycle onward.

While hard carbon is most often derived from petroleum, it can also be made from biomass. This study is the first time that HABs have been directly converted into carbon for Na-ion batteries. The advantage of this conversion process is that HAB’s grow quickly, don’t require land or soil, and can be easily converted by simple heat treatment.

HABs have advantages in that they grow quickly and don't require land or soil. And as the researchers showed here, HABs can easily be converted into hard carbon by simple heat treatment, without the need for purification or other additional processes."Our future research will focus on the optimization of electrochemical performance of HAB-derived carbon in Na-ion batteries,” the team said.

Read This Next
Hole Shebang
Physicists Outline Plan to Harvest Energy From Black Holes
Brands We Love
Start Training For Your Electrical Engineer Career with These Classes
Brands We Love
These Specialty CBD Shots Provide a Productive Day's Work and a Productive Night's Sleep
Ride the Lightning
Scientists Say You Could Charge Batteries Using Humidity
Power Patent
US Military Files Patent for Room-Temperature Superconductor
More on Hard Science
Tractor Beam
Jan 26 on the byte
Scientists Build Working Tractor Beam, Although It's Comically Tiny
Having a Blast
Jan 18 on the byte
New Study Shows Where You Should Hide to Survive a Nuclear Attack
Offworld Amino
Jan 15 on the byte
Scientists Find Building Blocks of Life in Meteor That Smashed Into Family's Driveway
READ MORE STORIES ABOUT / Hard Science
Keep up.
Subscribe to our daily newsletter to keep in touch with the subjects shaping our future.
+Social+Newsletter
TopicsAbout UsContact Us
Copyright ©, Camden Media Inc All Rights Reserved. See our User Agreement, Privacy Policy and Data Use Policy. The material on this site may not be reproduced, distributed, transmitted, cached or otherwise used, except with prior written permission of Futurism. Articles may contain affiliate links which enable us to share in the revenue of any purchases made.
Fonts by Typekit and Monotype.