Scientist Who Said Spiders Have Personalities May Have Faked Data

Seven of his papers have already been retracted. 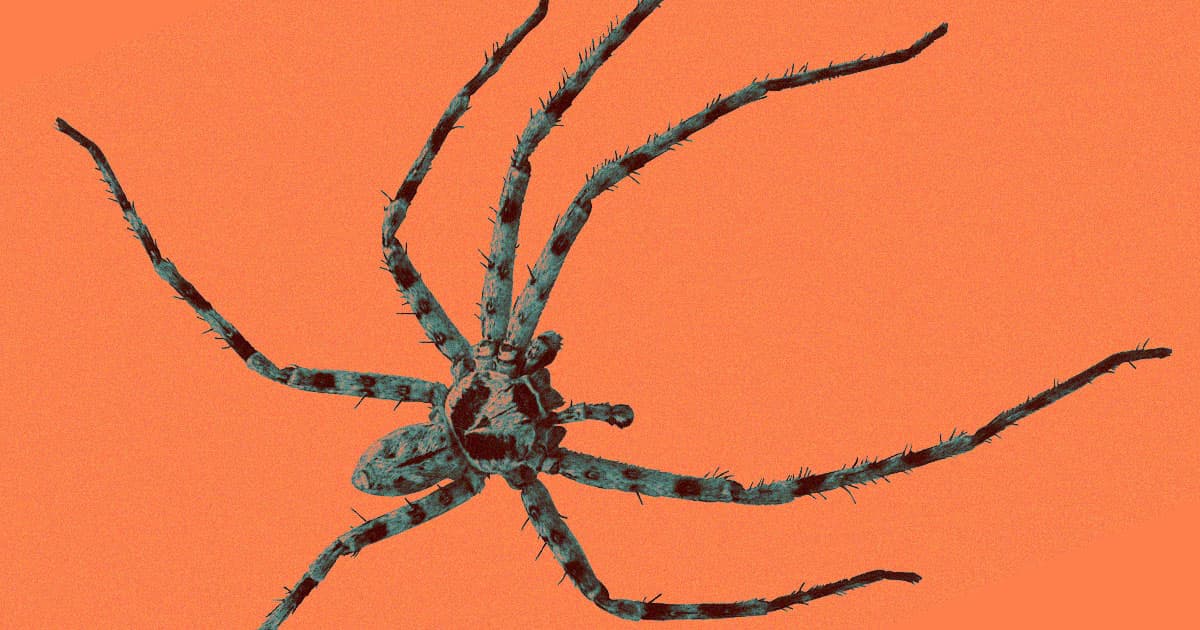 Scientist Jonathan Pruitt become a notable figure in the field of behavioral ecology for reporting evidence that spiders have personalities.

But he may now be making the transition from "notable" to "notorious." As part of a growing academic scandal, peer-reviewed journals have retracted seven papers co-authored by Pruitt.

That's not all. His collaborators have requested retractions for five additional papers, and they're considering asking journals to retract five others, including the personality one — all because Pruitt allegedly fabricated the data he collected for the papers.

The wave of retractions began when a colleague alerted behavioral ecologist Kate Laskowski about unexpected duplications in data used for a paper she co-authored with Pruitt.

Once Laskowski dug into the data, she discovered that only 27 percent of the recorded observations didn't appear to be duplicated elsewhere in the data set. Essentially, it looked like Pruitt had repeatedly taken the data he gathered for one spider and used it for multiple other spiders.

When Laskowski was unable to explain the suspicious pattern, she called for the paper's retraction — and then the retraction of another paper she co-wrote with Pruitt following the discovery of similar anomalies.

Pruitt currently conducts research at McMaster University, supported by a $350,000 annual grant from the Canadian government. On Friday, Nature reported that the school had confirmed the launch of a formal investigation into the allegations that Pruitt fabricated data.

Pruitt hasn't commented on that, but he did speak with Science Magazine in late January.

"Each morning when I woke up, there was a different anonymous email taking issue with a different dataset and a different paper," he said at the time, adding, "Do they think I was just copying and pasting a spreadsheet? I don’t think I would do that."

More on retractions: Gene-Hacked Mosquito Researchers Are Battling Amongst Themselves

Read This Next
Futurism
Silk Spun by Graphene-Fed Spiders Is One of the Strongest Materials on Earth
More on Hard Science
Warped Tour
Feb 2 on futurism
Professor Believes Door to Warp Drive May Lie With Ethylene Glycol
Sky Bursts
Feb 2 on the byte
Astronomers Intrigued by 25 Mysterious Repeating Radio Signals From Deep Space
Tractor Beam
Jan 26 on the byte
Scientists Build Working Tractor Beam, Although It's Comically Tiny
READ MORE STORIES ABOUT / Hard Science
Keep up.
Subscribe to our daily newsletter to keep in touch with the subjects shaping our future.
+Social+Newsletter
TopicsAbout UsContact Us
Copyright ©, Camden Media Inc All Rights Reserved. See our User Agreement, Privacy Policy and Data Use Policy. The material on this site may not be reproduced, distributed, transmitted, cached or otherwise used, except with prior written permission of Futurism. Articles may contain affiliate links which enable us to share in the revenue of any purchases made.
Fonts by Typekit and Monotype.