The Science of Sound: Breaking Glass Panes with Car Speakers

How can you break glass with sound? Is there a special way to do it, or can anyone? 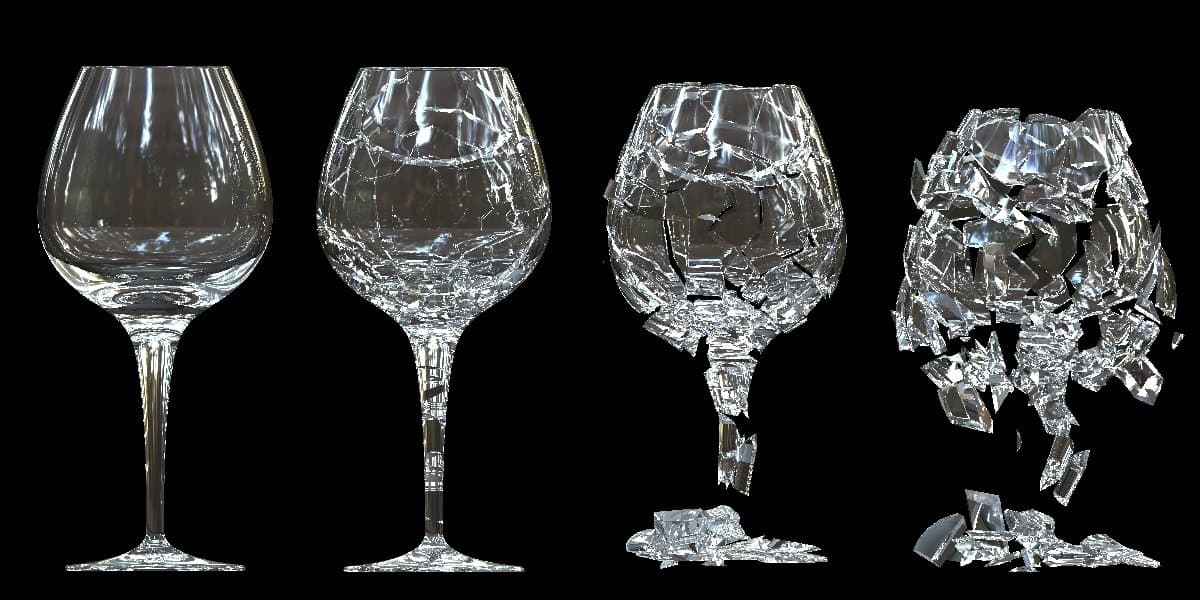 Back in 2005, the Discovery Channel television show MythBusters invited rock singer and vocal coach Jamie Vendera to attempt to shatter a wine glass only using his voice. He was finally able to shatter one (lucky 13th try) and the feat was caught on video for the first time.

So how exactly does this work? Why are certain frequencies able to break glass? We found a great video from Tested that explains the whole process. Instead of using vocal cords though, this team's list of materials includes marshmallows, safety glasses, and car speakers.

Press play to see a pane of glass "bounce up and down like a xylophone bar." It's seriously fascinating.

So obviously, there are a few important pieces to getting glass to break using any kind of sound:

Every piece of glass has a natural resonant frequency—the speed at which it will vibrate if disturbed by a stimulus, such as a sound wave—as does every other material on Earth. Sound waves of any sort set up sympathetic vibrations in the materials they impinge upon, which is the principle behind many many things, including telephones and radar. As volume increases, it displaces air molecules. The sound passes from molecule to molecule until it hits the glass.

But to break glass, you need to broadcast not only a sound that is just the right frequency, but also has a high enough amplitude to exceed the strength of the glass to resist those vibrations. When the sound gets too loud for the glass to vibrate, it shatters the glass.

The same principle of directing sound at brittle objects is used to break up kidney stones, AKA Extracorporeal Shock Wave Lithotripsy (ESWL). Doctors don't spend time searching for the perfect resonant frequency, though. Instead, they just blast the stone with lots of sound energy.

For this procedure you lie on a water-filled cushion. X-rays or ultrasound tests are used to locate the stone. High-energy sound waves pass through your body without injuring it and break the stone into small pieces.

Other medical uses for sound waves are being explored as well. Sound waves can be used to help patients inhale vaccines or even to slay your enemy.

Read This Next
From Our Partners
These Totally Wireless Earbuds Are On Sale For Way Less Than Apple AirPods
From Our Partners
Always Have a Metronome to Keep You On Beat With the Soundbrenner Smart Watch
From Our Partners
These Truly Wireless Over-Ear Headphones Offer Unique Design And Ultimate Sound
Futurism
The AudioWow Fits an Entire Recording Studio Into the Size of a Matchbox
Futurism
Sorry, Elon. Physicists Say We Definitely Aren't Living in a Computer Simulation.
More on Sci-Fi Visions
What is Happening
Wednesday on the byte
Elon Musk Sets His Twitter Account to Private
From the Dept. of...
Monday on futurism
The Best Humidifiers of 2023
Human v. Giraffe
Jan 24 on the byte
Chaotic Italian Fashion Line Baffles Facial Recognition Software
READ MORE STORIES ABOUT / Sci-Fi Visions
Keep up.
Subscribe to our daily newsletter to keep in touch with the subjects shaping our future.
+Social+Newsletter
TopicsAbout UsContact Us
Copyright ©, Camden Media Inc All Rights Reserved. See our User Agreement, Privacy Policy and Data Use Policy. The material on this site may not be reproduced, distributed, transmitted, cached or otherwise used, except with prior written permission of Futurism. Articles may contain affiliate links which enable us to share in the revenue of any purchases made.
Fonts by Typekit and Monotype.