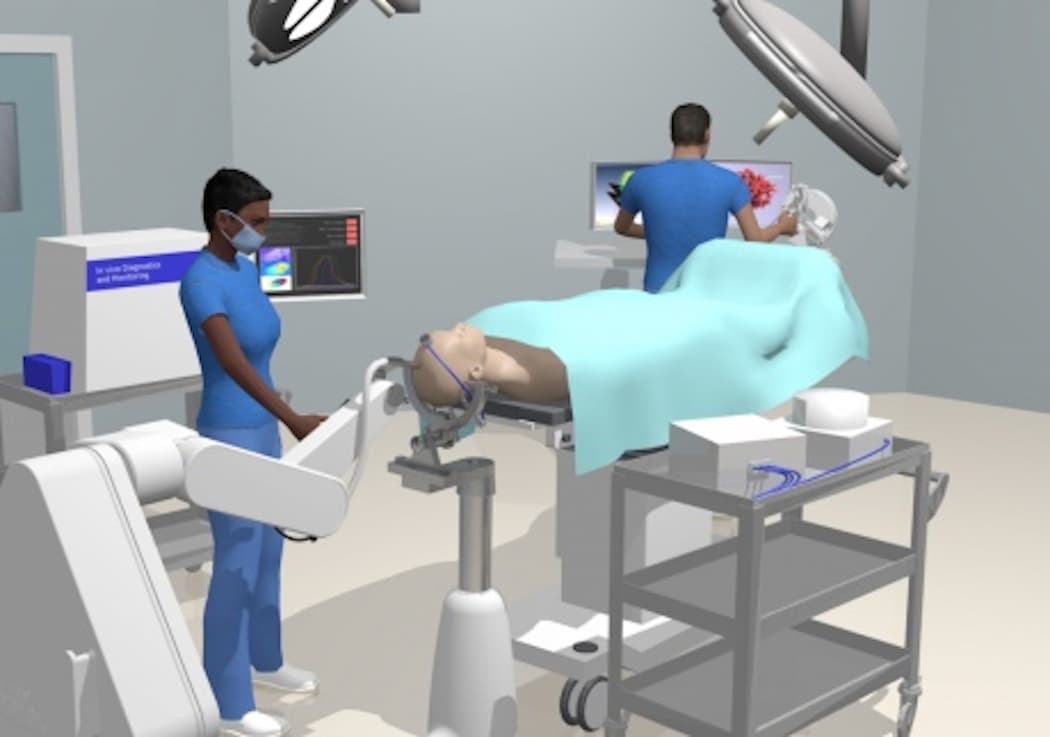 A new robotic system designed to conduct very precise brain surgery is being developed using a bendable robotic needle based on a wood-boring wasp needle.

The system is intended to be used to deliver medicine and drain fluid by inserting a thin, hollow needle into the brain. The flexible nature of the device lends itself to its ability to curve and ensure the accurate placement of the needle and ability to get to hard-to-reach places in deep tissue.

Researchers behind the study have received a 8.3 million pound grant from the European Union to lead further studies on the development of more robotic tools that use the needle and explore other practical applications for neurosurgery.

Dubbed EDEN2020, the project is now a European-wide initiative that could see the the development of a pre-commercial system beginning clinical trials towards the end of 2020.

Initially designed to deliver medicine to tumors in the brain, the researchers are optimistic about the system being applied to various other medical procedures such as brachytherapy, laser ablation, and deep brain stimulation.

In the press release, Professor Lorenzo Bello, from the University of Milan who will head the clinical team in charge of deploying the system in a clinical setting, outlines the potential uses of the device: "The system could potentially have a significant impact in oncology and in the field of neurodegenerative diseases. It offers an innovative mode of administration of therapeutic agents through the combination of flexible needles and intraoperative imaging systems, which could improve the way clinical diseases are managed."

Read This Next
Shooting Feet
After Saying He Wanted an Open Algorithm, Elon Musk Just Fired the Twitter Team Responsible for Doing Just That
For Shame
Rent Too Damn High? Blame YieldStar, a Secret Algorithm from Housing Hell
Leader Lars
New European Political Party Is Led by an Artificial Intelligence
Common Sensical
Top Facebook Scientist Quietly Plotting "Autonomous" AIs
Poop Music
Genius Musicians Are Making Songs That Play When Children Yell "Poop" at Alexa
More on Artificial Intelligence
I'm a Cool Boss(w...
Nov 23 on the byte
Companies Already Investing in Tech to Scan Employees’ Brains
Language Moron
Nov 20 on the byte
Facebook Takes Down AI That Churns Out Fake Academic Papers After Widespread Criticism
Uncanny Covers
Nov 2 on the byte
This Deepfake AI Singing Dolly Parton's "Jolene" Is Worryingly Good
READ MORE STORIES ABOUT / Artificial Intelligence
Keep up.
Subscribe to our daily newsletter to keep in touch with the subjects shaping our future.
+Social+Newsletter
TopicsAbout UsContact Us
Copyright ©, Camden Media Inc All Rights Reserved. See our User Agreement, Privacy Policy and Data Use Policy. The material on this site may not be reproduced, distributed, transmitted, cached or otherwise used, except with prior written permission of Futurism. Articles may contain affiliate links which enable us to share in the revenue of any purchases made.
Fonts by Typekit and Monotype.