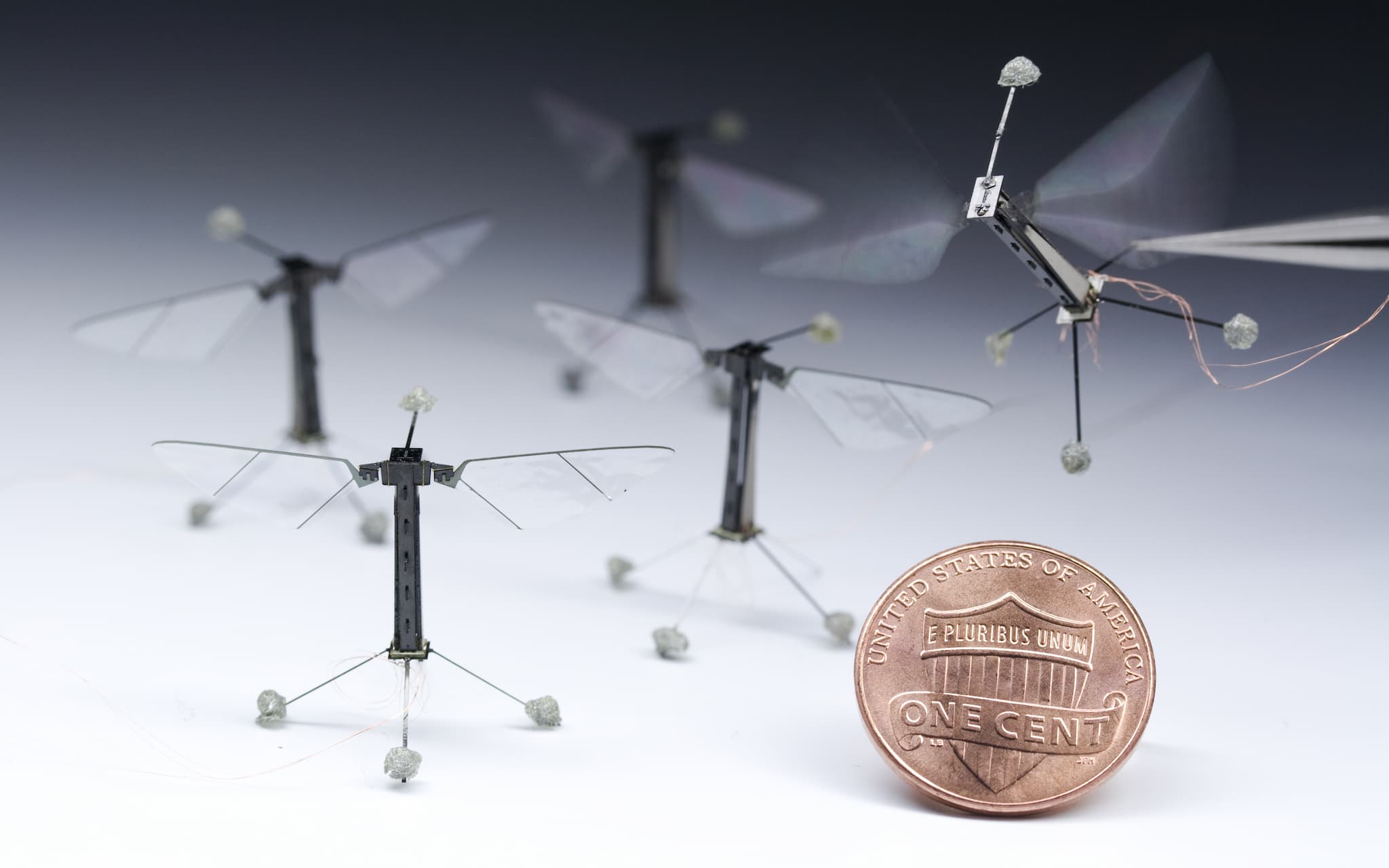 The Bees Can See

The University at Buffalo, in collaboration with researchers from Harvard University and the University of Florida, is leading a research project to equip robot bees with laser-powered sensors to function as eyes that will allow the robots to detect shape, size, and distance of objects around them. The project aims to develop miniature robots that may be used in disaster relief and agriculture.

The robot bees are already capable of tethered flight and even moving underwater, but they are currently limited by their inability to perceive depth. The research team plans to address this by outfitting them with remote sensing technology called LIDAR. UB computer scientist Karthik Dantu says, "Essentially, it's the same technology that automakers are using to ensure that driverless cars don't crash into things… only we need to shrink that technology so it works on robot bees that are no bigger than a penny." Currently the LIDAR technology that is commonly used in self-driving cars are around the same size as camping lanterns, but Dantu’s team is already developing a miniaturized version that they're calling "micro-LIDAR."

Read This Next
Brands We Love
Robots Are Already Driving and Painting, Now They're Directing Films Too
Futurism
There's Now A Computer Designed Specifically for Programming Intelligent Robots
Futurism
The Military Wants to Make AI That Mimics the Human Brain. Experts Know There’s a Better Way.
Futurism
Bring This Robot to a Disco, and It'll Dance With You
Futurism
Saudi Arabia Made a Robot a Citizen. Now, She's Calling For Women's Rights.
More on Artificial Intelligence
AI Asshole
Yesterday on the byte
BuzzFeed Columnist Tells CEO to "Get F*cked" for Move to AI Content
Deepfaked Neighbors
Yesterday on futurism
Trashy TV Prank Show Deepfakes Celebrities Into Jackass-Style Situations
Bad Bots
Yesterday on the byte
Oxford Scientists Warn AI Could Be More Deadly Than Nuclear Weapons
READ MORE STORIES ABOUT / Artificial Intelligence
Keep up.
Subscribe to our daily newsletter to keep in touch with the subjects shaping our future.
+Social+Newsletter
TopicsAbout UsContact Us
Copyright ©, Camden Media Inc All Rights Reserved. See our User Agreement, Privacy Policy and Data Use Policy. The material on this site may not be reproduced, distributed, transmitted, cached or otherwise used, except with prior written permission of Futurism. Articles may contain affiliate links which enable us to share in the revenue of any purchases made.
Fonts by Typekit and Monotype.