Why Do Rivers Curve The Same? 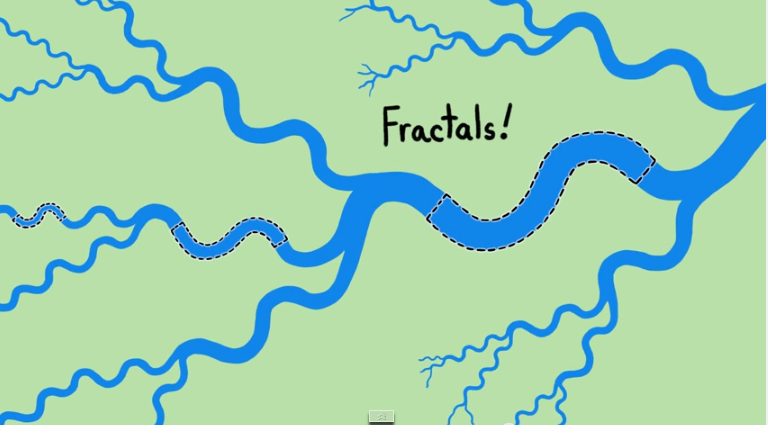 So not only are many rivers strikingly similar, this means that rivers are kind of like fractals. In mathematical terms, fractals are geometric figures that typically display self-similar patterns. The term “self-similarity” can be most readily understood by thinking of a camera that zooms in on an image. Usually when you zoom in on a photograph, you see finer points, different details, and new structures. Not so with fractals. When you zoom in on a true fractal, no new detail appears. Nothing changes. Rather, the same exact pattern repeats over, and over.

Of course, rivers are not perfect fractals. However, the tiny, bendy streams are just smaller versions of their bigger relatives. We see this pattern over and over, find out why in the video below.

Read This Next
Futurism
The World’s Rivers Are All Backed Up, Leaving Fish With No Place To Go
More on Earth & Energy
His Power
Yesterday on the byte
Scientists Develop Compound That Kills So Efficiently They Named It After Keanu Reeves
Dishonorable Disc...
Monday on the byte
Scientists Alarmed by Video of Deep Sea Mining Company Spewing Waste Into Ocean
Save Yourselves
Feb 5 on the byte
Furious Marsupial So Thirsty For Sex That It’s Dying, Scientists Warn
READ MORE STORIES ABOUT / Earth & Energy
Keep up.
Subscribe to our daily newsletter to keep in touch with the subjects shaping our future.
+Social+Newsletter
TopicsAbout UsContact Us
Copyright ©, Camden Media Inc All Rights Reserved. See our User Agreement, Privacy Policy and Data Use Policy. The material on this site may not be reproduced, distributed, transmitted, cached or otherwise used, except with prior written permission of Futurism. Articles may contain affiliate links which enable us to share in the revenue of any purchases made.
Fonts by Typekit and Monotype.