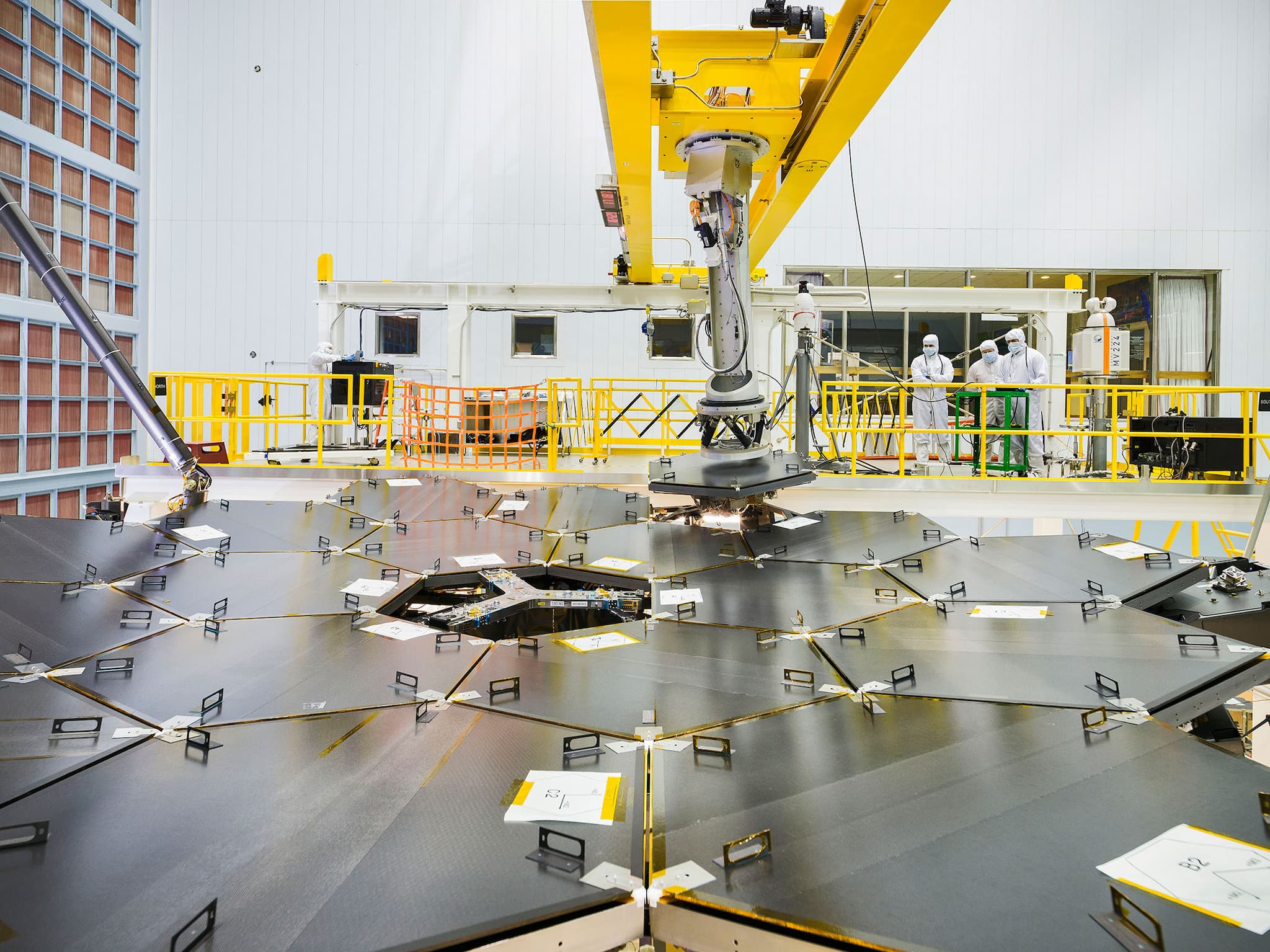 The biggest and most powerful space telescope that will ever be launched just had its final primary mirror segment installed, in what marks a major milestone towards the completion of NASA’s James Webb Space Telescope. The telescope is being assembled at the agency’s Goddard Space Flight Center in Greenbelt, Maryland.

The hexagon-shaped mirror segments were meticulously installed using a robotic arm that resembles an arcade claw machine. The mirror segments weigh in at a staggering 40 kilograms (88 pounds) each and, together with the other 17 mirrors, form a large 6.5-meter diameter (21.3-foot) mirror.

“Scientists and engineers have been working tirelessly to install these incredible, nearly perfect mirrors that will focus light from previously hidden realms of planetary atmospheres, star forming regions and the very beginnings of the Universe,” said associate administrator John Grunsfeld of NASA’s Science Mission Directorate in Washington

“With the mirrors finally complete, we are one step closer to the audacious observations that will unravel the mysteries of the Universe.”

The assembly of the primary mirror system follows over a decade of design, manufacturing, and testing. “There is a huge team across the country who contributed to this achievement,” said Lee Feinberg, optical telescope element manager at the Goddard Space Flight Center.

The James Webb Space Telescope will be the successor to NASA’s Hubble Space Telescope, which has been operation since it was launched into Earth’s low orbit in 1990.

Webb will be the most powerful space telescope ever built, and it will be tasked with studying the different phases that occurred throughout the history of the universe, like the evolution of our solar system and the formation of other solar systems that are capable of supporting life. It will also probe other star systems to, hopefully, reveal some of the oldest stars in our universe.

The telescope is expected to be carried aboard an Ariane 5 rocket launching from French Guiana. The project is an international effort led by NASA, in partnership with the ESA (European Space Agency) and the Canadian Space Agency.

Follow the progress of the James Webb Space Telescope at Goddard by here.