Welcome to the age of biodegradable electronics. 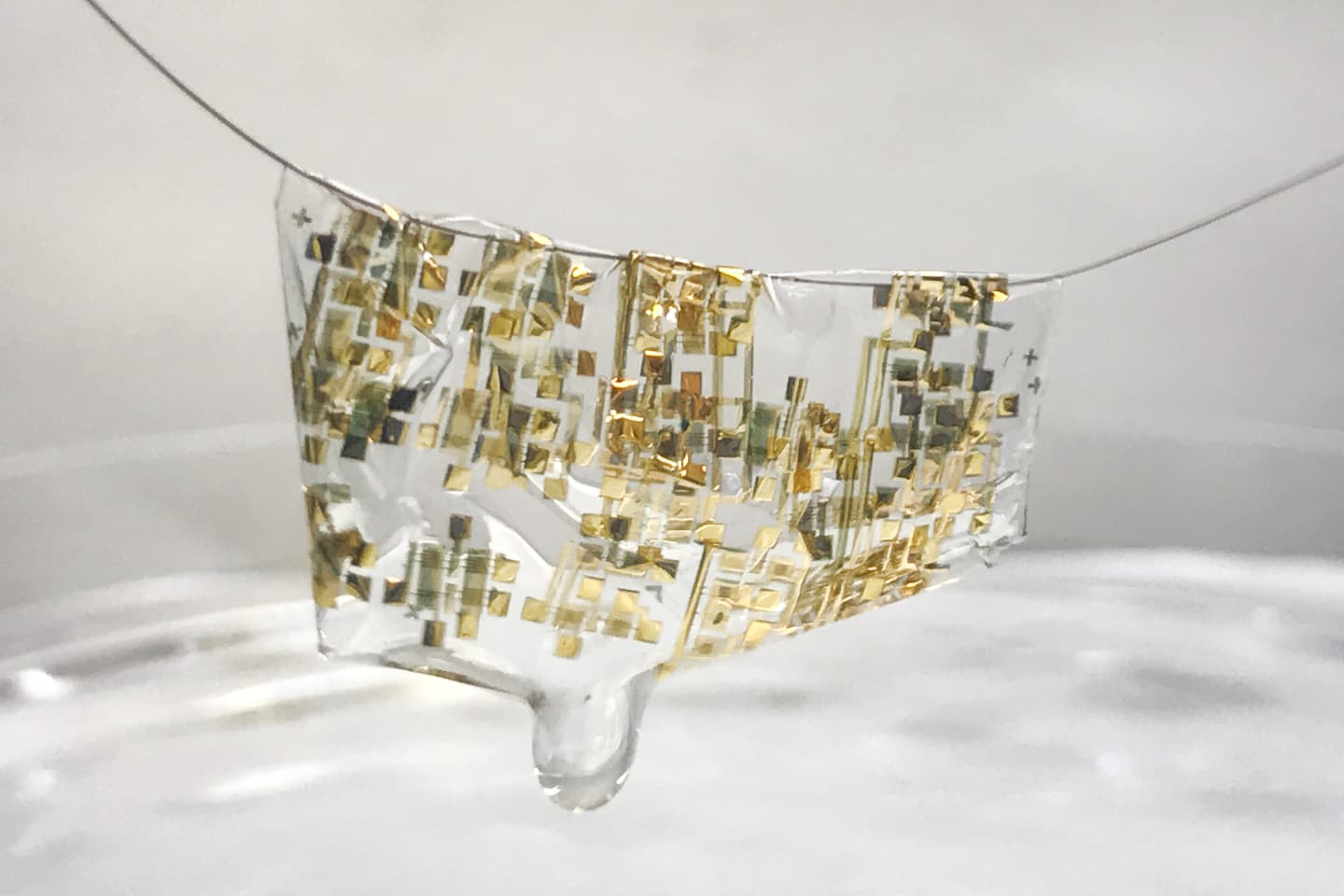 Stanford University researchers have created a wearable electronic device that dissolves completely if you pour vinegar on it. In this era where incredible new electronic devices appear seemingly all the time— and discarded devices create millions of tons of electronic waste each year — the need for biodegradable tech felt pressing to the team. The concept of a biodegradable wearable also solves the privacy problem we face as we discard old devices in favor of new ones, hoping that whatever measures we took to erase our old data were effective enough to prevent it from falling into the hands of strangers.

The decomposing polymer is one of the thinnest, lightest electronic devices that’s ever been created. The team synthesized the biodegradable semiconductor using a molecule extracted from tattoo ink, and fabricated a base by weaving plant fibers into a new, extra-thin film, and embedding the electronics inside that structure. When placed in vinegar, or even a less acidic solution, the whole thing melts away entirely within 30 days.

Eventually, this technology will be ideal for storing sensitive digital information that could quickly and easily be destroyed and kept private. It would also be perfect for biological sensors, implantable medical devices, and even prosthetic skins. The researchers tested the device in proximity to heart muscle cells from mice, and they didn't die. However, the device is still far from safe for use in humans, so these applications may be awhile away.

According to the ENDS Europe agency report on electronic waste, thanks to increasing built-in obsolescence, in 2012 we replaced defective appliances at the rate of 8.3 percent up from 3.5 percent in 2004. A 2014 Gallup poll indicates that 89 percent of young adults aged 18 to 29 own smartphones, and research from Fluent shows that around 30 percent of Americans upgrade their phones every two years, while about 42 percent wait three or more years. All told, the United Nations Environment Programme estimates that humans will generate more than 50 million metric tons of electronic waste in 2018.

This biodegradable wearable and the technologies it might inspire can fight this problem, which is about much more than space in landfills. Electronic waste poisons groundwater and causes hazardous materials like mercury and lead to leach into the ground. Electronics are already made to be disposable; it's time to make sure they're biodegradable as well.