Researchers Have Started a Trial to Refreeze the Arctic 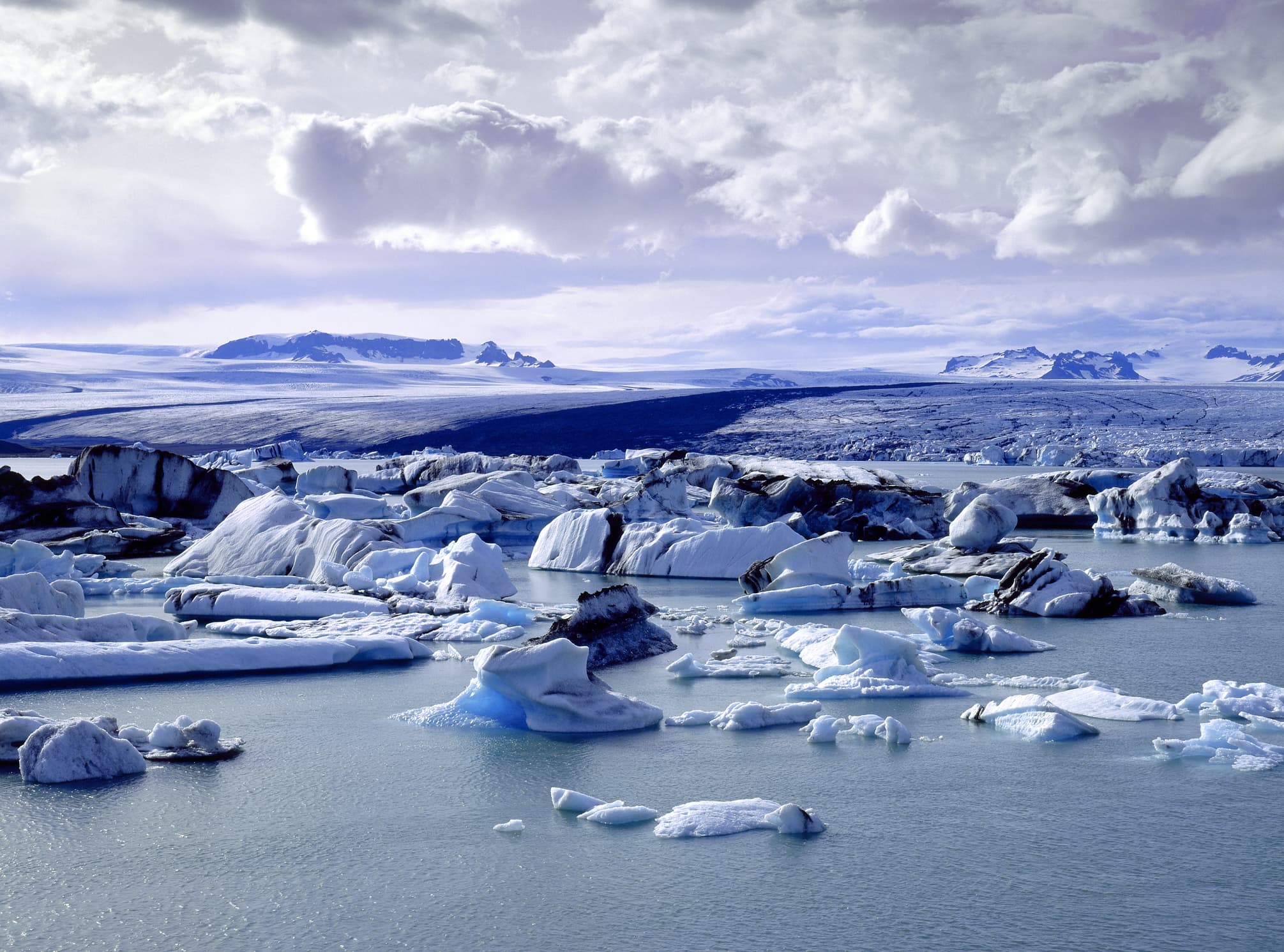 One of the strongest and most obvious indications of global warming is the receding polar ice caps, most specifically, the Arctic sheets. In February of this year, scientists brought up a peculiar solution for combating melting ice caps: refreezing them. Now, this seemingly outlandish idea is about to get a test run in Switzerland.

The pilot Swiss plan is similar to the proposed Arctic solution, except instead of entire ice caps, the target would be a small, artificial glacier at the foot of the Diavolezzafirn glacier. While the Arctic plan proposed the use of wind-powered pumps to spew water on top of ice, this mini-version of the project will use snow machines to preserve the glacier over the summer by covering it with artificially created snow.

"We have to carry the glacier through the summer,” Utrecht University researcher Johannes Oerlemans explained to New Scientist.

This ambitious plan is one of several ideas to combat global warming, which range from decreasing fossil fuel dependence to even geoengineering the planet.

If it works, the next step would be to try it out on the larger Morteratsch glacier in the eastern Swiss Alps, a plan Oerlemans recently presented at an annual meeting of the European Geosciences Union in Vienna, Austria. Rising temperatures due to global warming have caused this vast valley glacier to recede at an alarming rate of 30 to 40 meters (98 to 131 feet) each year, according to a New Scientist report.

Oerlemans and his colleagues, however, don't just plan to keep the Swiss glaciers from receding. They want to grow them back, and 4,000 snow machines might just do the trick. “In principle, even the snout could grow back,” said Oerlemans. Within 20 years, he concluded, the glacier might be able to grow by 800 meters (2,625 feet) if researchers blow just a few centimeters of artificial snow over a 0.5 square kilometer (.19 sqaure mile) plateau each summer to give it cover.

In the case of the Arctic, however, it wouldn't be that simple. The area is huge, roughly 107 square kilometers (3.8 million square miles), and the plan to refreeze it with water pump would require a huge investment. If it worked, however, an extra meter of sea ice could be added in just one year, according to the Arctic plan, winding the ice cap clock back by 17 years.

Buying that sort of time might just be worth the effort required to put seemingly impossible ideas to fight climate change into action, and this smaller project in Switzerland could provide the confidence needed to give them a shot.

Read This Next
Coastal Chaos
The Doomsday Glacier Is Hanging on "By Its Fingernails," Scientists Say
Dry Dock
The Top 13 Wildest Objects That Terrible Droughts Have Revealed
Harambe 2.0
Freya the Boat-Climbing Walrus Euthanized Because of Stupid Humans
Disease Dilemma
Study: Climate Change Making More Than Half of Infectious Diseases Far Worse
Crimate
Kardashian Slammed for 17-Minute Private Jet Flight to Beat Traffic
More on Earth & Energy
Big Boi
Yesterday on the byte
Tragic News: That Viral Giant Frog Video Is Edited to Make Him Look Huge
Worm Solutions
Wednesday on the byte
Scientists Intrigued by Worms That Break Down Plastic Really Fast
Arrested Development
Wednesday on the byte
Climate Activist Conducts Interview While Being Carried Away by Police
READ MORE STORIES ABOUT / Earth & Energy
Keep up.
Subscribe to our daily newsletter to keep in touch with the subjects shaping our future.
+Social+Newsletter
TopicsAbout UsContact Us
Copyright ©, Camden Media Inc All Rights Reserved. See our User Agreement, Privacy Policy and Data Use Policy. The material on this site may not be reproduced, distributed, transmitted, cached or otherwise used, except with prior written permission of Futurism. Articles may contain affiliate links which enable us to share in the revenue of any purchases made.
Fonts by Typekit and Monotype.