New Material Discovered by Physicists Could Speed Up Computing

This new material could one day produce better and more efficient computers. 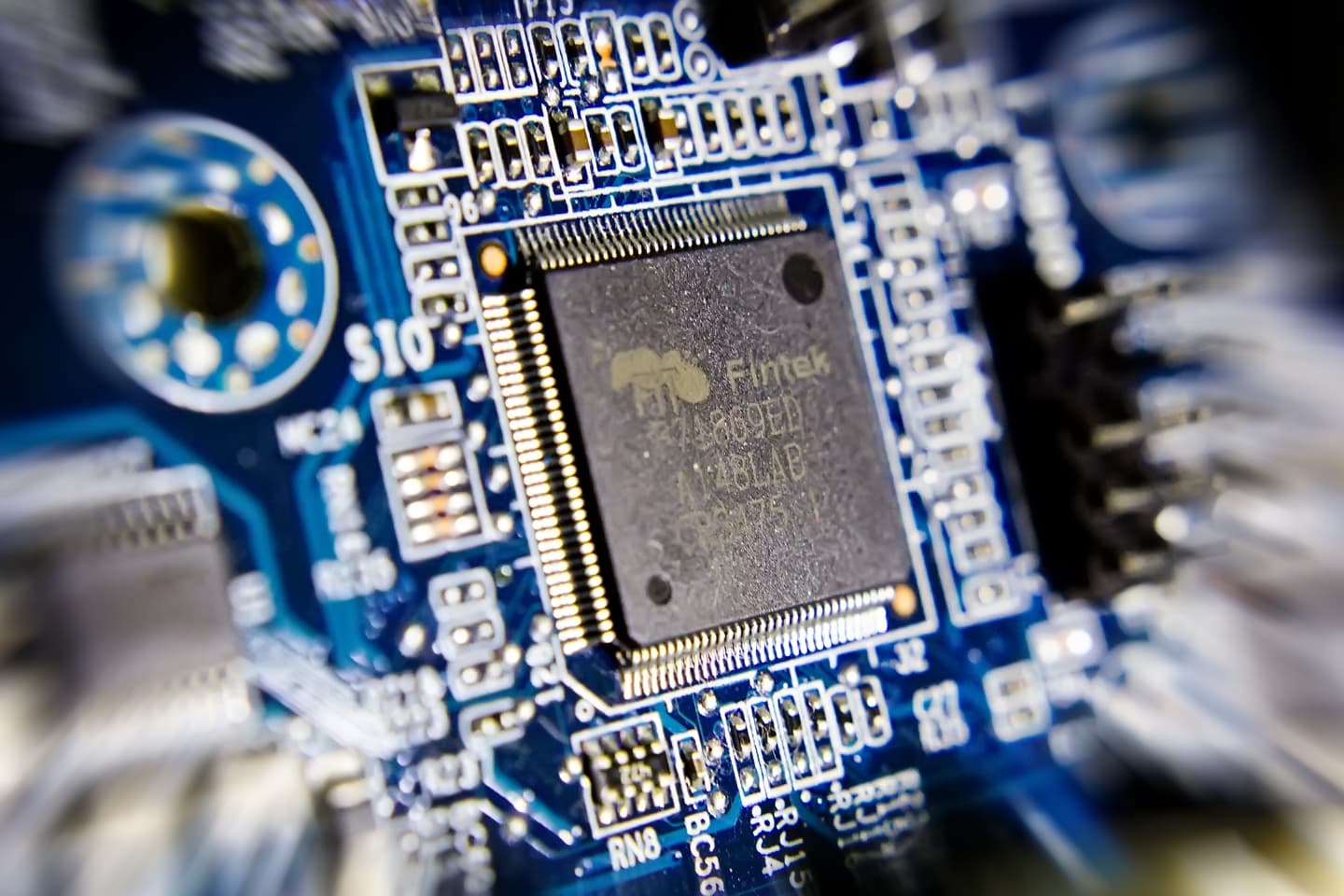 A newly discovered topological metal, PtSn4 (platinum and tin), that bears a unique electronic structure could lead to the creation of more energy efficient computers that have increased processor speeds and higher data storage.

To break this down a bit, electrons in topological materials can travel nearly at the speed of light because of Dirac dispersion. Dirac points were originally thought to exist in small numbers of conduction electrons in topological metal, but in PtSn4, these conduction electrons were not only available in high density, but were positioned within Dirac points that allowed the creation of extended lines, otherwise known as Dirac node arcs.

"This type of electron transport is very special," said Adam Kaminski, Ames Laboratory scientist and professor at Iowa State University's Department of Physics and Astronomy. "Our research has been able to associate the extreme magnetoresistance with novel features in their electronic structure, which may lead to future improvements in computer speed, efficiency and data storage."

The discovery was made with the use of an angle-resolved photoemission spectroscopy (ARPES)—an instrument developed by Ames Laboratory which shows details of the electronic properties in high-resolution.

This gave researchers exceptional tunability, which made it possible to visualize these properties in a lab setting.

"Combining it with Ames Laboratory's computational modeling abilities and our 80-year reputation in designing and growing new materials has led to our success in this discovery," adds Paul Canfield, an Ames Laboratory scientist adds.

Their discovery was published in the journal Nature Physics.

Read This Next
Horrible Geese
Furious Geese Are Defeating Humans, Scientists Find
Quacks Like a Duck
Those Headlines About Scientists Building a Wormhole Are Total Nonsense, People
Falling In
Objects We Thought Were Black Holes May Actually Be Wormholes, Scientists Say
Bangs and Bounces
Scientists Say Stuff Might Have Been Happening Before the Big Bang
Clusterf***
There's Something Strange About How These Stars Are Moving, Scientists Say
More on Hard Science
Having a Blast
Jan 18 on the byte
New Study Shows Where You Should Hide to Survive a Nuclear Attack
Offworld Amino
Jan 15 on the byte
Scientists Find Building Blocks of Life in Meteor That Smashed Into Family's Driveway
Triple Threat
Jan 4 on the byte
Traveling Faster Than Light Would Mean Experiencing Multiple Timelines Simultaneously
READ MORE STORIES ABOUT / Hard Science
Keep up.
Subscribe to our daily newsletter to keep in touch with the subjects shaping our future.
+Social+Newsletter
TopicsAbout UsContact Us
Copyright ©, Camden Media Inc All Rights Reserved. See our User Agreement, Privacy Policy and Data Use Policy. The material on this site may not be reproduced, distributed, transmitted, cached or otherwise used, except with prior written permission of Futurism. Articles may contain affiliate links which enable us to share in the revenue of any purchases made.
Fonts by Typekit and Monotype.