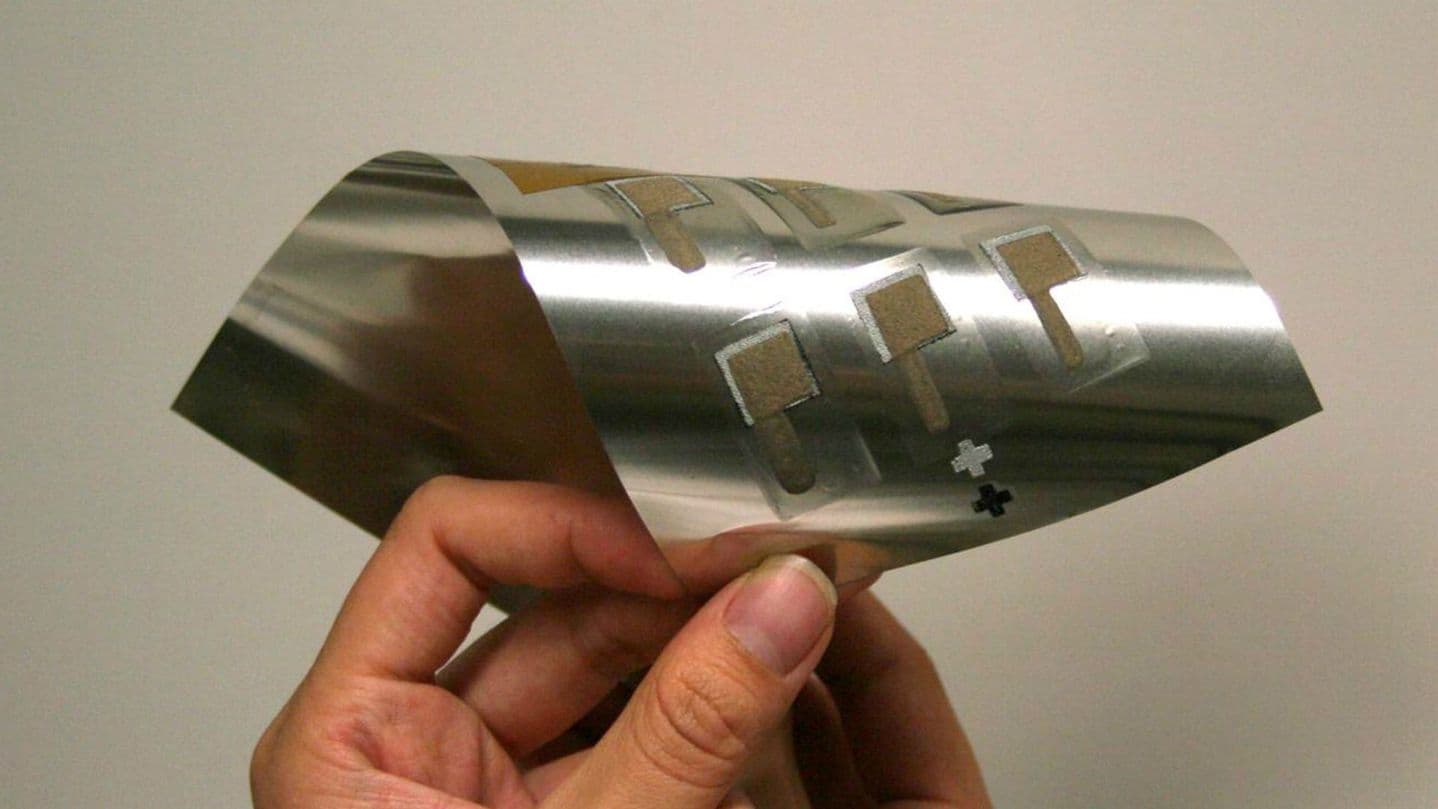 Leaking batteries can corrode the interiors of electronics, sometimes causing irreparable damage. Even worse, they can harm people, and given the increasing prevalence of wearable technology and implantable devices, such a hazard is troublesome.

To avoid this issue altogether, researchers from China's Fudan University have developed a new kind of battery that doesn't include the chemicals that can make traditional batteries dangerous. As a bonus, their designs are also thin and flexible.

"Current batteries like the lithium-ion ones used in medical implants generally come in rigid shapes," Yonggang Wang, one of the researchers from Fudan, said in a press release. "Additionally, most of the reported flexible batteries are based on flammable organic or corrosive electrolytes, which suffer from safety hazards and poor biocompatibility for wearable devices, let alone implantable ones."

In a study recently published in Chem, the researchers present their two flexible design alternatives, neither of which requires the electrolytes used in current batteries. Instead, these batteries use one of two bio-compatible sodium-based liquids: a normal saline solution or a cell culture medium that contains amino acids, sugars, and vitamins.

The first design is a "2D" belt made of thin electrode films over a steel strand mesh. The other features a carbon nanotube fiber weave with nanoparticle electrodes embedded on it. According to the researchers, both designs "showed excellent performance," even faring better than most existing lithium-ion batteries used in wearable electronics in terms of how much energy they could hold and the power they could produce.

Designed for Implants and More?

The thinness and flexibility of these batteries make them ideal for implants, the researchers noted, and they could be hugely beneficial to the development of brain-computer interfaces, which are, obviously, implanted into one of the most sensitive organs inside the human body.

The researchers also stumbled upon an unexpected potential use for their second battery design. The battery's carbon nanotube backbone caused the conversion of dissolved oxygen into hydroxide ions to accelerate. This isn't good for the battery itself, the researchers said, but it could prove beneficial for cancer starvation therapy.

"We can implant these fiber-shaped electrodes into the human body to consume essential oxygen, especially for areas that are difficult for injectable drugs to reach," Wang explained in the press release. "Deoxygenation might even wipe out cancerous cells or pathogenic bacteria since they are very sensitive to changes in living environment pH."

Of course, as this wasn't the object of the research, much more in-depth studies would be required to validate this effect. Until then, it remains largely theoretical.

The batteries themselves, though, show a great deal of promise for their intended use. The next step is to make sure they would be able to meet the power needs of today's wearables and implants, as well as those that are still to come.

Read This Next
Sundowned
Mexico Bans Startup From Future Solar Geoengineering Experiments
Knew It All Along
Exxon Scientists Knew About Global Warming for Decades While Company Denied It
Solar Slay
Solar Powered Machine Turns CO2 and Waste Plastic Into Valuable Fuel
Dim Sun for Breakfast
Startup Says It's Started Releasing Chemical Into Atmosphere to Dim Sun
Hidden City
NYC's Greenery Eats Up All the CO2 From Its Cars, Trucks and Buses "And Then Some"
More on Earth & Energy
Cow Chow
Yesterday on the byte
Bill Gates Gives $12 Million to Flatulent Australian Cows
Dye in the Water
Yesterday on the byte
Scientists Dye Chunks of Ocean Water Pink for Head-Turning Coastal Experiment
Face/On
Yesterday on the byte
Scientists Found a Dinosaur's Face, Complete With Its Skin
READ MORE STORIES ABOUT / Earth & Energy
Keep up.
Subscribe to our daily newsletter to keep in touch with the subjects shaping our future.
+Social+Newsletter
TopicsAbout UsContact Us
Copyright ©, Camden Media Inc All Rights Reserved. See our User Agreement, Privacy Policy and Data Use Policy. The material on this site may not be reproduced, distributed, transmitted, cached or otherwise used, except with prior written permission of Futurism. Articles may contain affiliate links which enable us to share in the revenue of any purchases made.
Fonts by Typekit and Monotype.