Renewable Energy is Great, But It Won't Save Us

Renewable energy is a good thing, but it's not the answer we need. 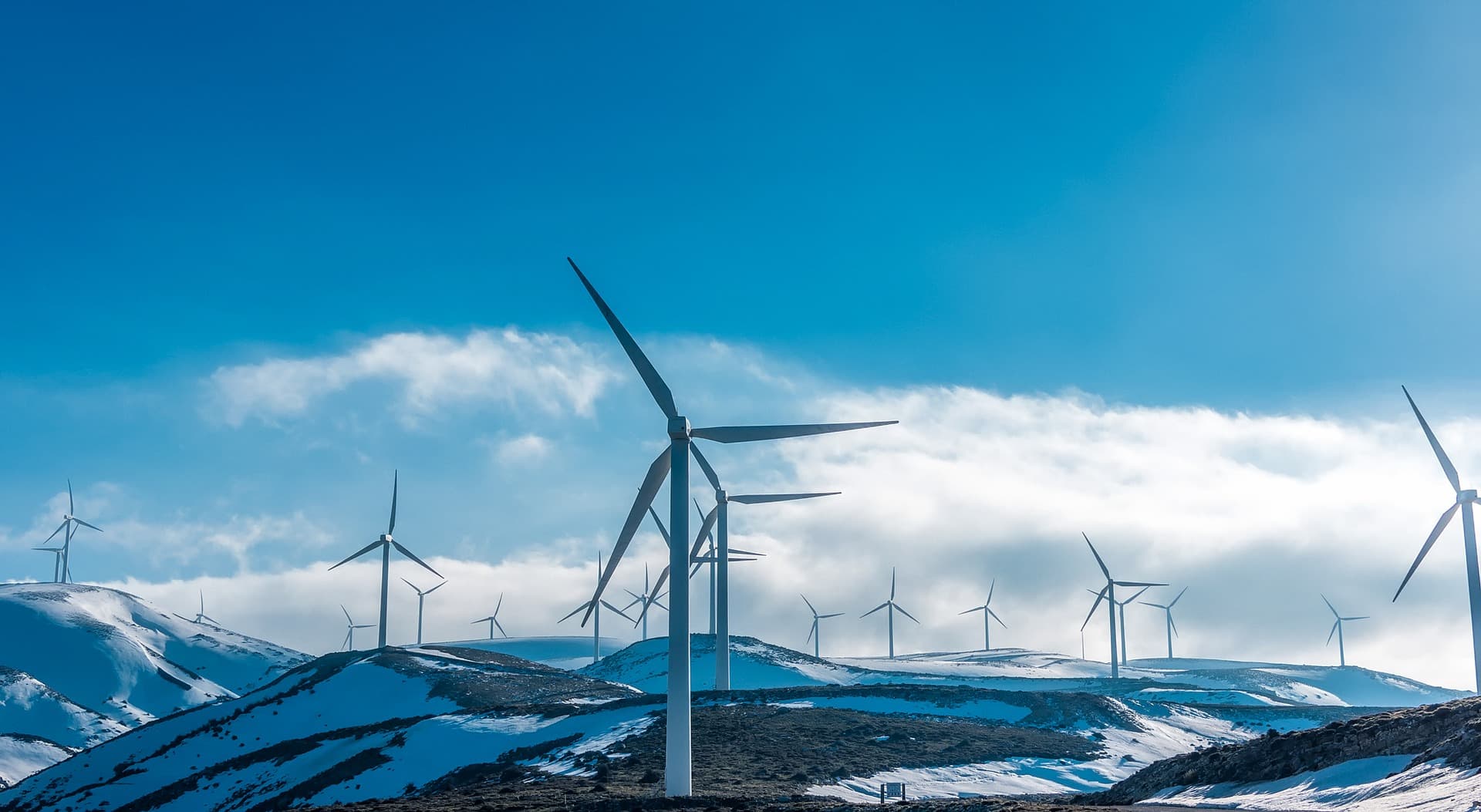 It should come as no great surprise that planet Earth has a problem—a rather major one, in fact. Scientists long ago established that our planet goes through regular cycles of warming and cooling; however, human actions have been dramatically accelerating these natural processes. This has led to the gradual warming of the planet, a decrease in Earth’s ice sheets, and a significant increase in the rate of extinction…and that’s just the beginning.

However, all is not lost. A number of innovative companies are working to develop solutions, investigating everything from electric cars to massive solar farms. But can these alternative energy sources really save us (or more to the point, save our biosphere)?

Recently, I sat down with Lauren Kuntz, a PhD student at Harvard University in Earth and Planetary Science, to talk about how viable renewable energy really is and whether it could be used to make us into a truly sustainable society.

The Problem With Renewable Energy

Two of the most prominent types of renewable energy—the ones that most all nations are pursuing in some capacity—are solar and wind power. Lauren notes that, although these energy sources are beneficial, they have a lot in common when it comes to the obstacles that they present. "Solar and wind I kind of group together. They have similar challenges, in that they’re both intermittent resources." Lauren clarifies, "You can build a solar panel, you can build a wind farm, but you can’t guarantee at any one point in time that you’re going to get electricity out of it."

This, of course, is a bit of a problem, especially in nations that are constantly bombarded by bad weather (looking at you, Ireland). Lauren explains, "If it’s a cloudy day, or it’s raining, you’re not going to generate electricity from a solar panel. If it’s not windy, your wind farm isn’t going to produce anything. In terms of electricity, you need to always meet your demand, and if you can’t guarantee that your solar panel or wind turbine is going to produce, it becomes really hard to meet that demand."

Even if all renewables were green, and we solved all of the problems in terms of infrastructure, you still have this huge liquid fuel-based sector.

There are solutions to this intermittency—storage, like Tesla's Powerwall, is one option—however, such systems are not cheap. Adding more devices is another potential solution, but it too has problems (ones which Lauren describes as a 'monumental feat of engineering'): "If you don’t have any storage, essentially what you need to do is build way more than you actually need to make sure that your grid never fails, and it quickly becomes just a massive infrastructure project where you need to be building in excess, and that's really expensive."

In relation to water power (hydropower), things don't fair too much better, mostly because of issues related to access and location. Obviously, nations don't have rivers everywhere, so accessing hydropower is a rather serious concern. As Lauren notes, "In terms of having a large enough system to cover the whole United States and the demand that we have, that’s rather hard."

But what about nuclear? It doesn’t have a challenge in relation to intermittency, so is it more viable?

Well, perhaps. But like the other forms of energy, it has its own set of problems. When I asked Lauren about some of its advantages and pitfalls, she stated that it can provide a lot of energy, but byproducts are a serious concern.

It’s sort of a 'produce electricity whenever you need it.' That's good, but challenges come with social acceptance, safety reliability, and waste.

With the number of nuclear accidents that have occurred—in Fukushima and in Chernobyl—we see the damaging effects of when things go wrong. You want to prepare for the worst thing that could possibly happen to this plant, but even considering all of the worst case scenarios, there’s a chance you could miss something.

Moreover, our background climate system is changing, so what risks we thought were the most terrible actually might be a lot more common now. Category 5 hurricanes could be more of a thing, like we saw with Sandy hitting New York, and that was very unprecedented. In fact, it was far from what we thought the climate state could be. To that end, we’ve changed that climate state…so it becomes even harder to prepare for worst case scenarios.

Even if it’s completely safe, it produces radioactive waste, and we need somewhere to store that, and the waste needs to be away from civilization for tens of thousands of years, which leaves hard questions related to how to communicate to a generation so far removed...you don’t even know what language they’re going to be speaking.

I (half jokingly) suggested that we could always just blast the nuclear waste into the Sun, or just send it off into the abyss of space. However, Lauren was quick to note that this would add to our carbon emissions "unless you somehow have carbon-free rocket fuel"—alas, we do not.

Looking Beyond the Problems to a Sustainable Tomorrow

So where does that leave us? If converting to renewable energy won't save our biosphere—if they involve feats of engineering that (realistically) we cannot overcome—what do we need? Where can we turn?

Ultimately, we don't have an answer yet. But as Lauren asserts, the only truly viable solution is to go carbon free. And that will take a lot of time and planning.

"Even if all renewables were green, and we solved all of the problems in terms of infrastructure, you still have this huge liquid fuel-based sector that we haven’t yet figured out a solution to. That’s why they can’t completely solve the problem. The more we emit, the more that’s stuck in the atmosphere, the more severe the problem becomes. The only way to really stop whatever we’ve already put in, the effects that we are already seeing, is to eventually get to zero carbon dioxide emissions. And then it’s just a matter of riding out that tail of the effects that are already in the pipeline because of what we’ve already emitted."

In the meantime, Lauren asserts that it makes sense to pursue renewable forms of energy and (this is key) simultaneously pour a vast amount into research related to innovating a carbon free solution.

"I think, the best plan right now is electrify as much as possible, and what you can’t electrify have a liquid fuel alternative. To electrify as much as possible, we obviously need to vastly increase our transmission network, while at the same time researching alternatives for liquid fuels, and still trying to figure out the ultimate scientific answer to the question, 'what’s best in terms of carbon-free electricity?'"

As Lauren notes, "getting down to low carbon and maintaining low carbon for 500 years is just as bad as what we're doing today. The long term solution is more like keeping carbon for a hundred years, and then going to zero."

Read This Next
Sundowned
Mexico Bans Startup From Future Solar Geoengineering Experiments
Knew It All Along
Exxon Scientists Knew About Global Warming for Decades While Company Denied It
Solar Slay
Solar Powered Machine Turns CO2 and Waste Plastic Into Valuable Fuel
Futurism
Stanford Scientists Warn That Civilization as We Know It Will End in "Next Few Decades"
Fusion vs Fiction
Gloomy Physicists Say Nuclear Fusion Breakthrough Is Too Late to Save Us
More on Earth & Energy
Shark Smile
Yesterday on the byte
Influencer Fined for Eating Endangered Great White Shark
Imagine Dragons
Monday on the byte
Miners Say "Sorry" for Losing Highly Radioactive Object Along Highway
Rock Battery
Jan 28 on the byte
Researchers Successfully Turn Abandoned Oil Well Into Giant Geothermal Battery
READ MORE STORIES ABOUT / Earth & Energy
Keep up.
Subscribe to our daily newsletter to keep in touch with the subjects shaping our future.
+Social+Newsletter
TopicsAbout UsContact Us
Copyright ©, Camden Media Inc All Rights Reserved. See our User Agreement, Privacy Policy and Data Use Policy. The material on this site may not be reproduced, distributed, transmitted, cached or otherwise used, except with prior written permission of Futurism. Articles may contain affiliate links which enable us to share in the revenue of any purchases made.
Fonts by Typekit and Monotype.