There's a lot going on here. 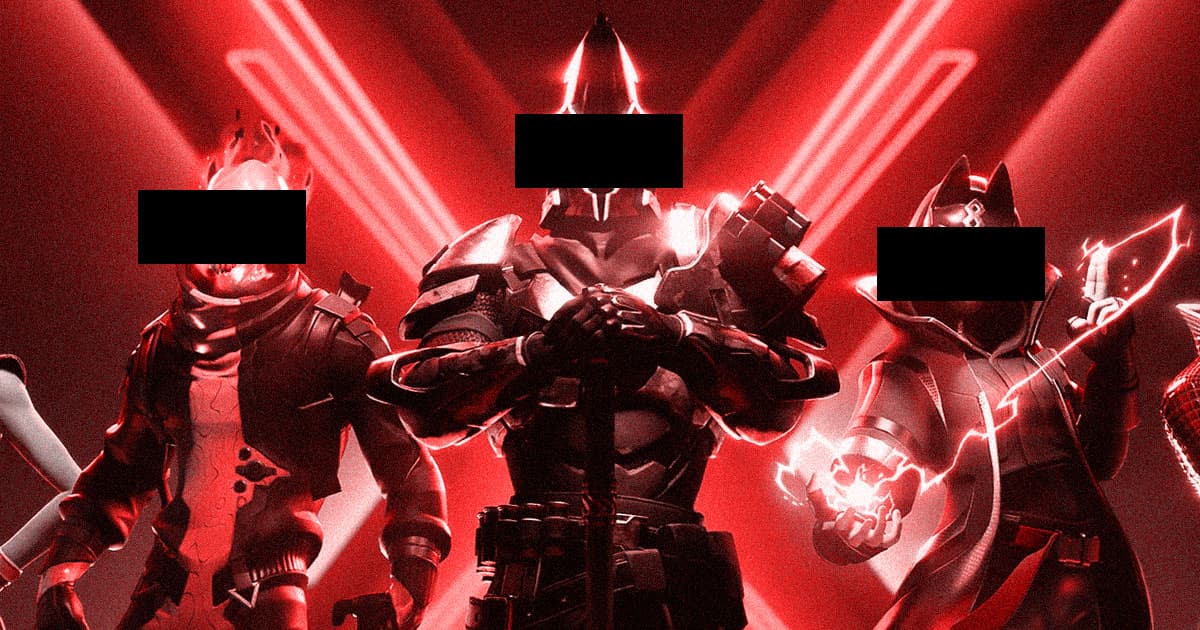 Fortnite has officially withdrawn its servers from China, and in doing so has abandoned the world's largest gaming market.

As Bloomberg News reports, the shutdown comes after Epic Games, the game's publisher, spent three years running Fortnite on a "trial basis" in China without ever making any money on it.

To explain exactly why this uber-popular game was never able to make any money in China, you have to zoom out a little and look at the way tech and video game companies are allowed to operate in China, where the government, as Bloomberg put it, "have always sought tight control over the internet and media, and have long displayed hostility toward video games in particular."

Per new Chinese government regulations, companies that want to sell games in the country have to go through a strict approval process. It's similar to the way foreign companies have to get American government approval to sell their wares in the US, but as always, there's deeper cultural and political context.

Like many countries — a list which very much includes the United States — China has in recent years worked to control the so-called ill effects of video games on its youth. This aim for control has in the past few months come to a head as the country began rolling out new gaming regulations, which includes a micromanaging new rule that caps kids' online gaming time at three hours per week.

The Chinese government has taken a strikingly bold stance in the online gaming wars, claiming in one state media article that gaming is as addictive as opium.

As Bloomberg pointed out, the Chinese government's online gaming crackdown is part President Xi Jinping's campaign to rein in tech companies — an endeavor that also mirrors similar inquiries and regulations being pushed in the United States today, though each global power has its own methods.

Epic's relationship with the Chinese government is also nuanced.

In an effort to win Chinese approval, Epic joined forces in 2018with the Chinese gaming company Tencent to launch "Fortress Night," the Chinese version of Fortnite. After making substantial changes to the game, Epic was allowed to host Fortress Night in China on a trial basis, but in the intervening three years hasn't seen a cent from it due to the nature of its agreement with China.

While it's far from the first American media property that's bent to Chinese regulations, the Fortnite example seems egregious. In what other scenario would a giant American company be willing to make absolutely no money in a giant country for three years going on nothing but hope that they'll be able to sell their product properly?

American media, of course, have turned this into a Chinese red scare story. Barron's ran a piece about how China's regulation of U.S. companies is likely to hurt the stock market, while Bloomberg even mentioned in passing that in 2015 Chinese psychiatrists reportedly used electroshock therapy on internet gaming addicts — without adding the crucial context that the government vowed to end the practice soon after it was exposed internationally.

But at its heart, this story is about government regulating international companies. It's not exactly business as usual, but it is a bummer accompanied by the Fortnite dance.

Read This Next
Please Don't
TikTok Caught Planning to Spy on the Locations of Specific American Citizens
Power Struggle
Former Google CEO Issues Dire Warning About China
Dealbreaker
Shocker: Elon Musk's Twitter Deal May Already Be Falling Apart
Walls Up
China Is Building a Huge New Wall to Allegedly Keep COVID Out
Throwing Memes
Chinese State News Agency Floods Social Media With Anti-America COVID Memes
More on Future Society
Woof Woof
Yesterday on the byte
Startup Unveils Videogame for Dogs
Musk's Guns
Monday on the byte
We Are Alarmed by Every Detail of Elon Musk's Bedside Table
Head Like A Hole
Nov 23 on futurism
Elon Musk's Crying About Trent Reznor Shows That He Is a Big, Big Baby
READ MORE STORIES ABOUT / Future Society
Keep up.
Subscribe to our daily newsletter to keep in touch with the subjects shaping our future.
+Social+Newsletter
TopicsAbout UsContact Us
Copyright ©, Camden Media Inc All Rights Reserved. See our User Agreement, Privacy Policy and Data Use Policy. The material on this site may not be reproduced, distributed, transmitted, cached or otherwise used, except with prior written permission of Futurism. Articles may contain affiliate links which enable us to share in the revenue of any purchases made.
Fonts by Typekit and Monotype.