"Radioactive Gobstoppers" Could Stop the Next Nuclear Reactor Meltdown

"When you start with a reactor that can’t melt, your safety case completely changes." 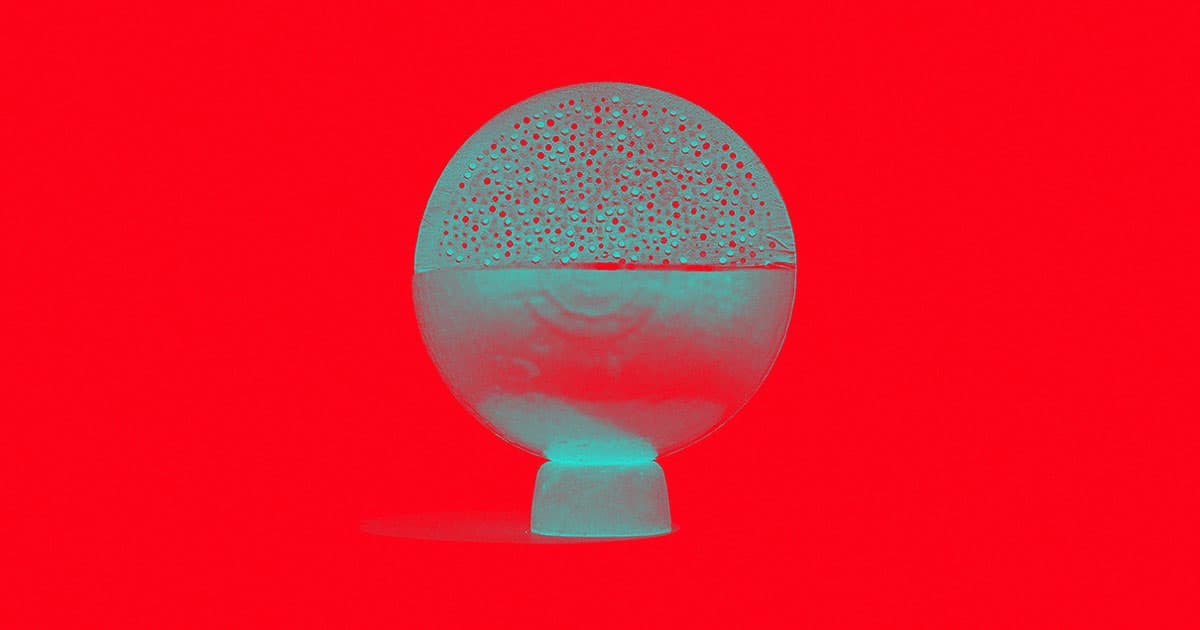 Researchers are hoping that tiny graphite-coated balls of uranium, likened by Wired to "radioactive gobstoppers," could revitalize nuclear energy production in the United States by making nuclear plants completely meltdown-proof.

Wired reports that the poppy-seed-sized balls, dubbed Triso fuel (tristructural isotropic particle), are low enriched uranium and oxygen surrounded by a shell of graphite and ceramic. The design has been around since the 1960s, but so far they've been to expensive to make and couldn't meet the high demands of most nuclear power plants.

The design is supposed to stop the uranium from ever melting — even at 3,200 degrees Fahrenheit. That kind of heat far exceeds your average nuclear reactor temperatures, which generally top out at 1,000 or 2,000 degrees Fahrenheit, according to Wired.

"In the new reactor designs, it’s basically impossible to exceed these temperatures, because the reactor kind of shuts down as it reaches these high temperatures," Paul Demkowicz, director of the Advanced Gas Reactor Field Development and Qualification Program at Idaho National Laboratory, told Wired.

"So if you take these reactor designs and combine them with a fuel that can handle the heat, you essentially have an accident-proof reactor," he added.

Previous reactors used "control rods," a series of tubes made up of silver, boron, and other elements that are highly capable of absorbing excess neutrons. These rods are very large and extremely expensive to make. But by stuffing the reacting uranium inside a protective shell, experts told Wired, those costs could be cut considerably.

"Now you don’t have to go build this large containment vessel that costs hundreds of millions of dollars for a reactor, because the fuel carries its own containment," Joel Duling, the president of the Nuclear Operations Group at BWXT, the company that makes the balls, told Wired. "So you can have a reactor that fits in a cargo container and still has all the safety features of a traditional commercial reactor."

Duling sees a bright future ahead for BWXT's Triso balls. They've already been used by a handful of nuclear energy startups, according to Wired. Last year, the company was even awarded a contract by the Department of Energy's Oak Ridge National Laboratory to produce fuel for 3D printed nuclear reactors.

The Department of Defense is already planning to use Triso fuel in their designs, including small modular and micro-reactor concepts, according to the Department of Energy.

And a company called X-energy, Wired reports, is already using the Triso fuels inside billiard-ball sized "power balls" in its new reactor that produce 75 megawatts, a far cry from the capacity of a conventional nuclear reactor.

"It is physically impossible — as in, against the laws of physics — for Triso to melt in a reactor," X-energy Clay Sell told Wired. "And when you start with a reactor that can’t melt, your safety case completely changes."

READ MORE: Nuclear ‘Power Balls’ May Make Meltdowns a Thing of the Past [Wired]

More on nuclear reactors: Engineers Are 3D-Printing a Nuclear Reactor

Read This Next
Fusion vs Fiction
Gloomy Physicists Say Nuclear Fusion Breakthrough Is Too Late to Save Us
Fusion Force
China Announces Plan for Hybrid Fission-Fusion Power Facility
It’s Getting Hot In Here
China's "Artificial Sun" Fusion Reactor Just Set a World Record
Futurism
Fukushima Plans to Power Region With 100% Renewable Energy
Floating Chernobyl
Russia Is Floating a Nuclear Power Plant Across the Arctic
More on Earth & Energy
From Bad to Worse
Yesterday on the byte
Global Warming Is Worse Than We Thought, AI Tells Scientists
RIP Fred
Yesterday on the byte
Instead of Predicting Length of Winter, Groundhog Simply Dies
Fly Guy
Wednesday on the byte
Bird Advocates Horrified by Pigeon Dyed Pink For Gender Reveal Party
READ MORE STORIES ABOUT / Earth & Energy
Keep up.
Subscribe to our daily newsletter to keep in touch with the subjects shaping our future.
+Social+Newsletter
TopicsAbout UsContact Us
Copyright ©, Camden Media Inc All Rights Reserved. See our User Agreement, Privacy Policy and Data Use Policy. The material on this site may not be reproduced, distributed, transmitted, cached or otherwise used, except with prior written permission of Futurism. Articles may contain affiliate links which enable us to share in the revenue of any purchases made.
Fonts by Typekit and Monotype.