Get your dad the one gift he really wants: A healthy lawn. 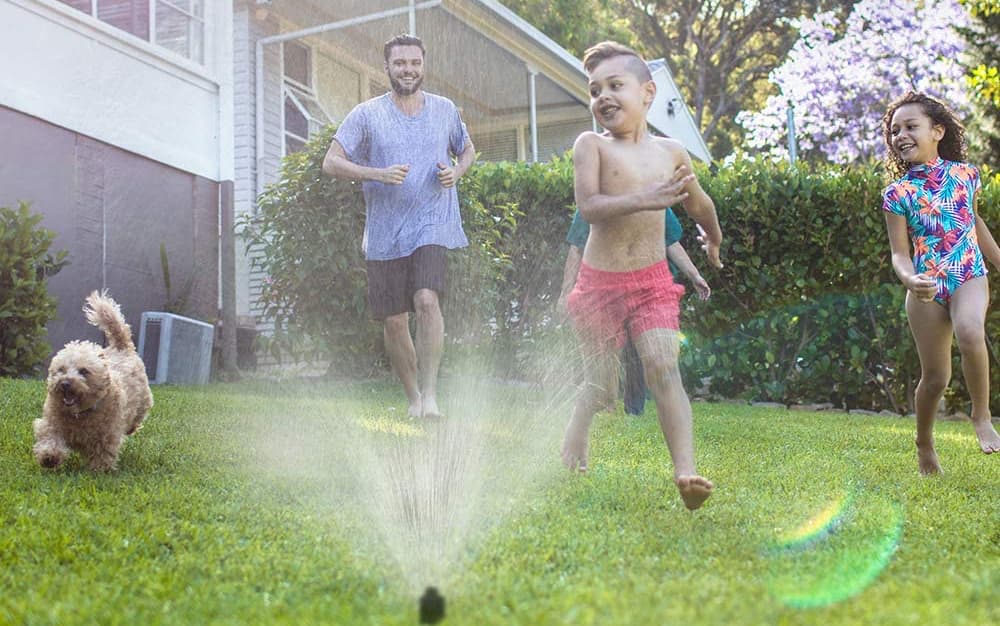 If your dad really cares about having the nicest-looking lawn on the block, you should take advantage of this $100 discount on Rachio’s R3 Smart Sprinkler Controller at The Home Depot. The R3 is a WiFi-connected gadget that will allow him to segment his sprinkler system into eight zones, each of which can be controlled independently through an app on his phone. Rachio also offers a six- and 16-zone system, so you have options if his lawn is smaller or larger.

Your dad will appreciate the fact that the R3 is smart enough to avoid using your sprinkler system when it rains, especially when an unexpected storm rolls in when he’s out of town. Instead of wasting water, Rachio says the R3 system can actually reduce the amount he’ll need by up to 50 percent, depending on the weather conditions in his area. If his lawn is looking a little patchy while he’s away, he can set the system to run a little longer in that zone to get it back to verdant green.

Rachio says that the R3 system can replace 97 percent of existing sprinkler systems, and be installed without the help of a technician in under an hour, so your dad should have total control of his lawn the day he opens the box. The Home Depot’s Father’s Day discount brings the price of the eight-zone R3 down to $199, and is even potentially eligible for a rebate.

We like that the Rachio R3 is not only a useful smart gift for Father’s Day, it can actually save your dad money over time by reducing the amount of water he uses to water his lawn, which makes it an even better value.